PIERRE-EMERICK AUBAMEYANG reportedly wants to sign for Barcelona amid claims they see him as the perfect bargain buy.

The front page of Spanish newspaper SPORT claims the Catalans will move their focus back to the Gabon striker, who enters the final year of his contract this summer. 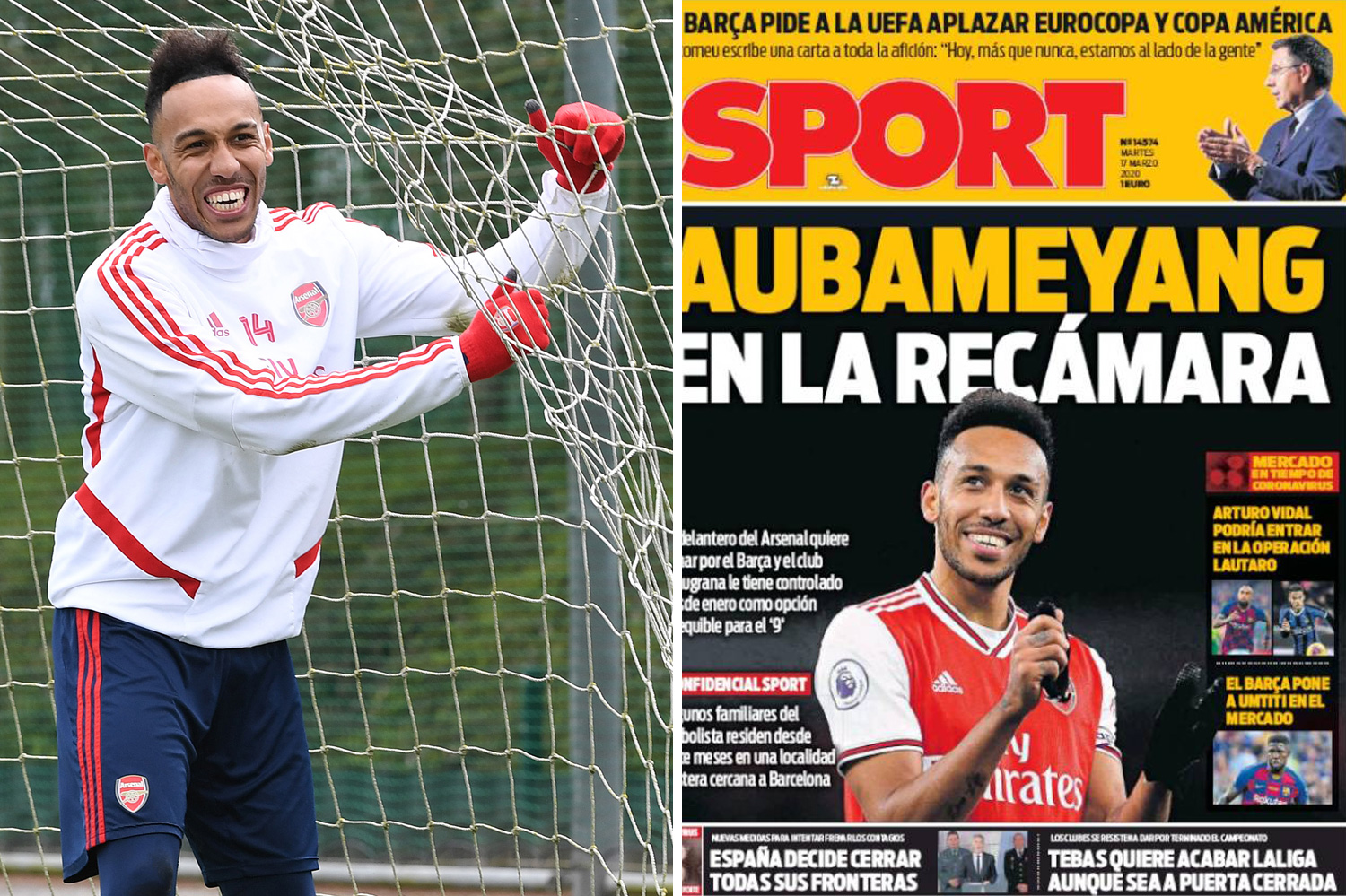 The report adds that the Spanish giants are desperate to add to their attacking options following long-term injuries to Luis Suarez and Ousmane Dembele.

A reunion with Neymar is fancied at the Nou Camp, but any deal with Paris Saint-Germain for the Brazilian could cost £136million.

Inter Milan's Lautaro Martinez also remains an option, but the Argentine carries a £100m release clause that is valid from July 1st to 15th.

With both of those deals pushing Barca deep into the red unless they can shift the dead weight at the club, SPORT believe they have turned attention back to 'Plan B' Aubameyang.

The former Borussia Dortmund star had expressed an interest in a move to Catalonia in January, while also having family along the coast near Barcelona.

That could see Aubameyang join the likes of Philippe Coutinho, Lionel Messi and Luis Suarez in owning a property in an exclusive hideaway in the Spanish hills.

Idyllic Castelldefels is just a short 12-mile drive from the iconic Nou Camp and boasts stunning views out into the Balearic Sea.

But it is in the small, homely Bellamar – an area within Castelldefels – that the Nou Camp stars reside.