ARSENAL fear more fan fury if they fail to tie down teenage prodigy Kido Taylor-Hart to a new deal in the next month.

The highly-rated 18-year-old’s scholarship runs out this summer and a host of clubs from England and the continent have offered him pro terms. 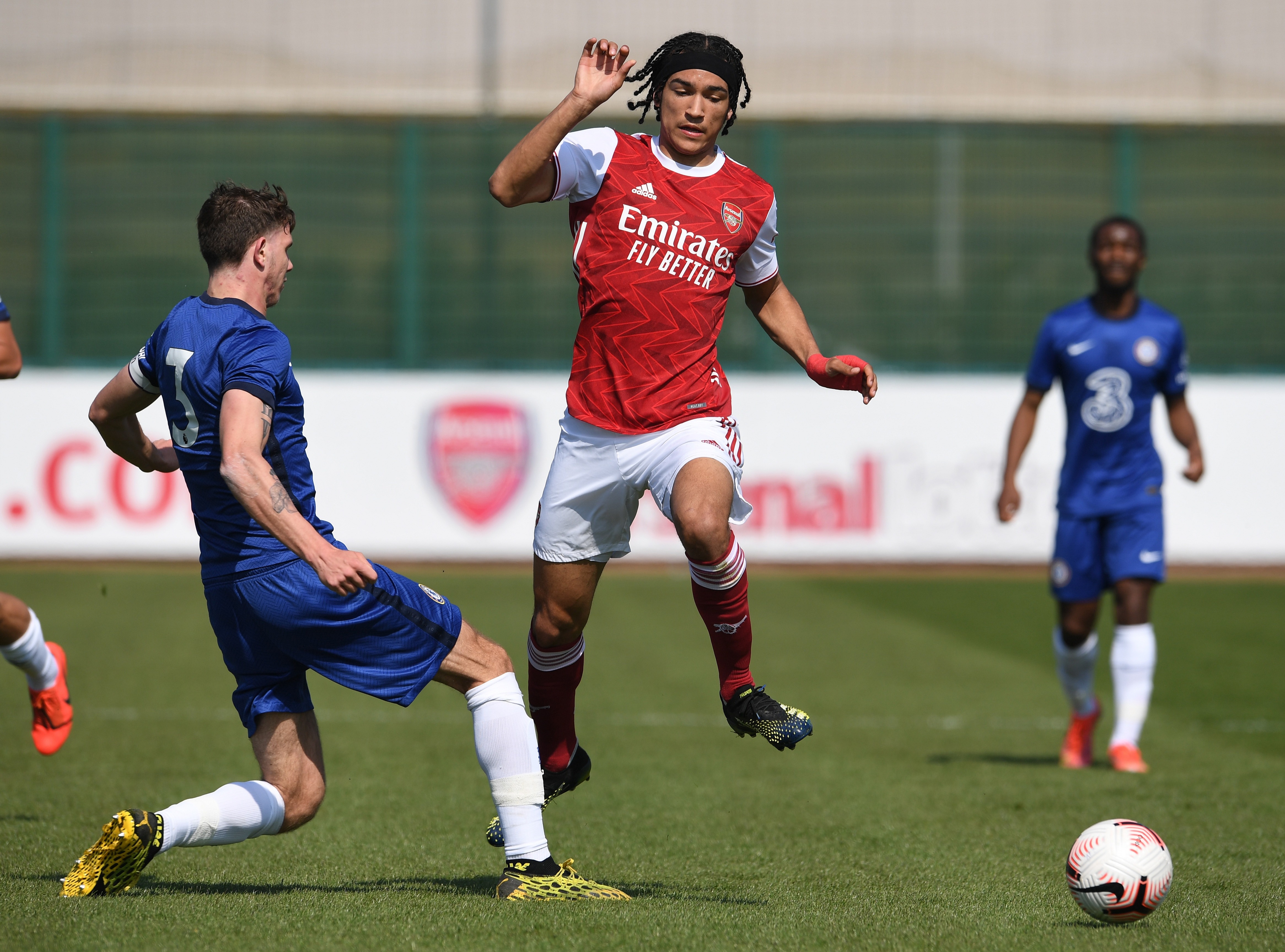 Arsenal put a professional contract on the table earlier this year.

But so far Taylor-Hart has not committed himself and could still walk away for nothing at the end of the season.

His situation is being watched closely by Gunners fans.

Supporters are already upset at how the club is being run – not just in terms of the first team but also the development of young talent.

And there is likely to be uproar if the club is unable to tie him down to a contract and let him walk away.

He has options open to him in the Premier League, Bundesliga, Holland and Belgium.

Taylor-Hart further boosted his reputation with an assist and dramatic last minute equaliser to earn a 2-2 draw against West Ham this week which saved the Under-23 side from relegation.

He is regarded, along with Folarin Balogun, as the next big star with the potential to follow Bukayo Saka and Emile Smith Rowe into becoming a top first team player.

Now the club need to work hard to make it clear to the winger that his best chance of development is to remain at the Emirates.

Elsewhere, SunSport exclusively revealed Arsenal are sticking with Mikel Arteta and will back him with funds for a summer spending spree.

The 39-year-old Spaniard is now the bookies’ favourite to become the next Premier League boss to be sacked.

But the Gunners are determined to keep faith with Arteta despite the very real threat of missing out on European qualification for the first time since 1995.

Owner Stan Kroenke and technical director Edu remain convinced Arteta is the right man to lead the club back to the big time.

But if the team is still mid-table by the end of the year then Arteta will be replaced.

Yet Kroenke will still sanction the signing of two or three big players this summer as part of a campaign to win over the fans protesting against his continued ownership.

Arteta, whose side host West Brom on Sunday, was gutted by the Europa defeat at the hands of his Emirates predecessor Unai Emery.