Playing the field? Armie Hammer was spotted getting handsy at lunch with writer Jessica Ciencin Henriquez in Los Angeles amid his split from Elizabeth Chambers.

The Call Me By Your Name star and Henriquez, both 34, enjoyed a cozy meal at Italian restaurant Osteria Mamma in West Hollywood. In photos published by the Daily Mail on Monday, September 7, the pair sat close together as Henriquez playfully stroked Hammer’s ear.

As her outing with Hammer sparked speculation of a budding romance, Henriquez teased curious fans on Twitter. “Tired of people saying Armie Hammer is on a date in this pic,” a post she retweeted read. “They are NOT dating. She is a MAGICIAN. She’s pulling a PENNY from behind his EAR. grow up.” She later removed the post from her feed. 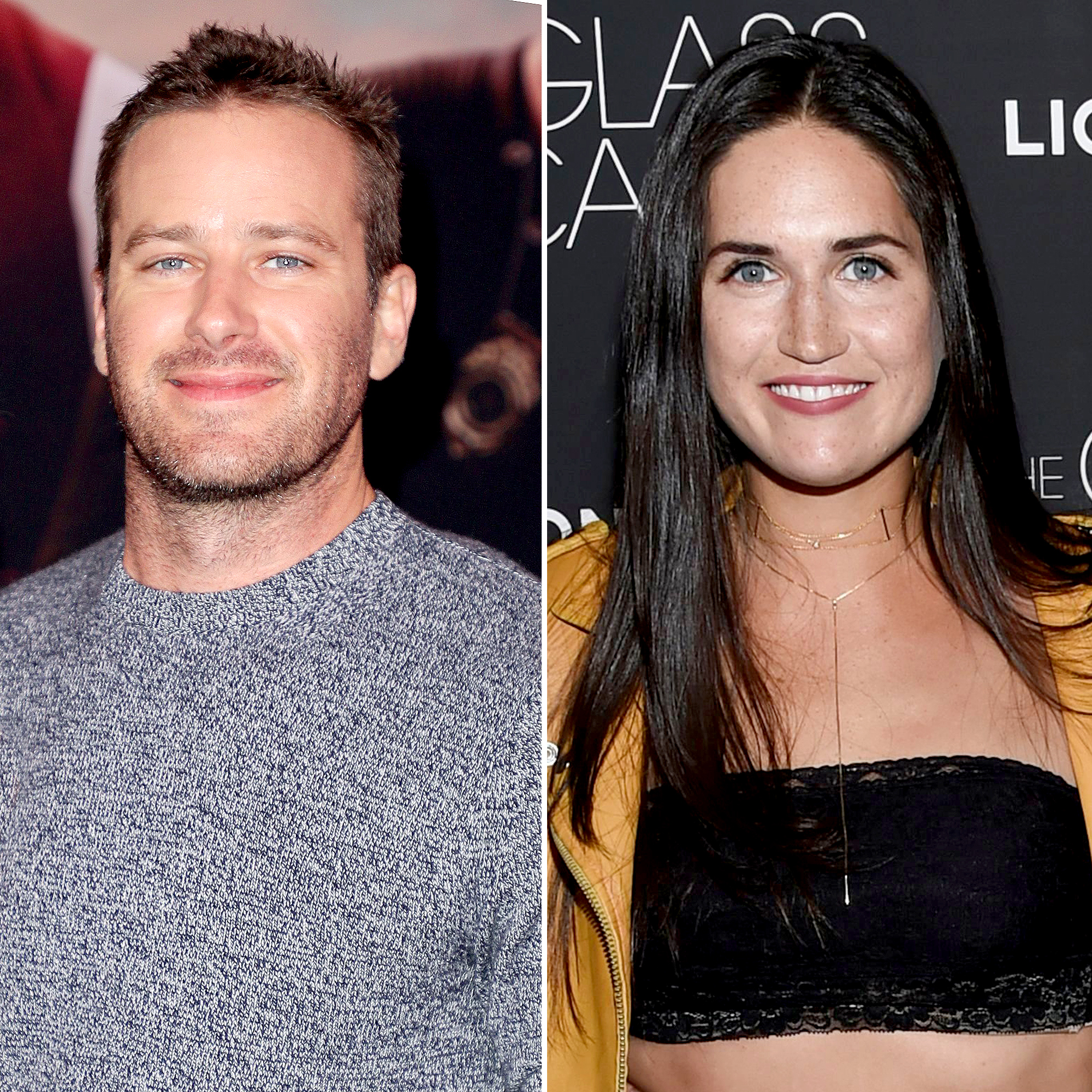 Days after the Social Network actor dined out with Henriquez, who was previously married to Josh Lucas, he was seen on a walk with Rumer Willis in Los Angeles. The duo dressed down for their outdoor date, and at one point, Hammer had his arm wrapped around the 32-year-old actress’ waist.

In July, Hammer and Chambers, 38, announced on their respective Instagram accounts that they were calling it quits after 10 years of marriage. The couple, who had been spending time in the Cayman Islands amid the coronavirus pandemic, share daughter Harper, 5, and son Ford, 3.

“Thirteen years as best friends, soulmates, partners and then parents. It has been an incredible journey, but together, we’ve decided to turn the page and move on from our marriage,” the estranged duo wrote in a joint statement at the time. “As we enter into this next chapter, our children and relationship as co-parents and dear friends will remain our priority. We understand this news lends itself to public dialogue, but in the interest of our children and our family, we’re asking for privacy, compassion and love during this time.”

Henriquez, for her part, finalized her divorce from Lucas, 49, in October 2014 after two years of marriage. The exes welcomed son Noah in July 2012. Earlier this year, Henriquez made headlines for a scathing note she posted to Twitter seemingly implying that the Sweet Home Alabama actor had been unfaithful.

“Having a child with someone makes you want to forgive them more than you normally would, it makes you believe they are better than they are,” she wrote in May. “But it takes a really s–t human to cheat on their partner (correction: now ex partner) in the middle of a pandemic. Thank you for reminding me why I left you in the first place. I deserve better than this. Our son deserves better than this.”

The post continued: “And yes, I am airing this publicly because there are a lot of women accepting much less than they deserve because there are kids in the picture. You’re not stupid for hoping, for believing that people can change. I see you.”

Lucas did not publicly respond to his ex-wife’s claims.