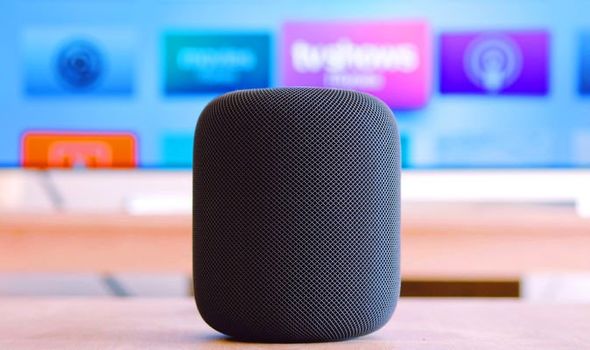 Apple has discontinued its HomePod smart speaker. Instead, the Californian company will now focus all of its efforts on the HomePod mini – a diddier Echo Dot-like speaker that launched on November 16, 2020. The confirmation that Apple’s first entry into the smart speaker space is being retired comes a few weeks after Microsoft pushed out a software update that disabled all smart functionality from its own Echo rival, the Cortana-powered “Invoke”.

The original HomePod launched on February 9, 2018. It received pretty mixed reviews, with most heaping praise on the speaker’s full-bodied sound quality, especially given its relatively small size. However, while the HomePod was an astounding home-run for sound quality, the “smart” part of the “smart speaker” moniker was where it disappointed some critics. In our HomePod review published at the time, Express.co.uk criticised Siri’s inability to play a number of popular radio stations, including BBC Radio 1, 2, and Radio 4, as well as play Spotify tracks. Siri has got better over the years with subsequent updates, but both of these issues still remain – three years after the HomePod first appeared on store shelves.

At £319, HomePod was also considerably pricier than the competition, something Apple later rectified with a permanent price drop.

In a statement to TechCrunch, a spokesperson for Apple confirmed plans to shelve the original HomePod.

“HomePod mini has been a hit since its debut last fall, offering customers amazing sound, an intelligent assistant, and smart home control all for just $99,” the statement reads. “We are focusing our efforts on HomePod mini. We are discontinuing the original HomePod, it will continue to be available while supplies last through the Apple Online Store, Apple Retail Stores, and Apple Authorized Resellers. Apple will provide HomePod customers with software updates and service and support through Apple Care.”

At the time of writing, both Space Grey and White versions of the HomePod are still in stock on the Apple Store in the UK. Both are priced at £279. While it’s unlikely that Apple plans to discount its remaining stock any further – in the United States, it has already sold-out of its Space Grey version – it might be possible to snag a bargain HomePod from another retailer, like John Lewis or Amazon, in the coming weeks.

Apple has previously sold its HomePod speaker in its official refurbished store, although this seems unlikely to continue after the news this week.