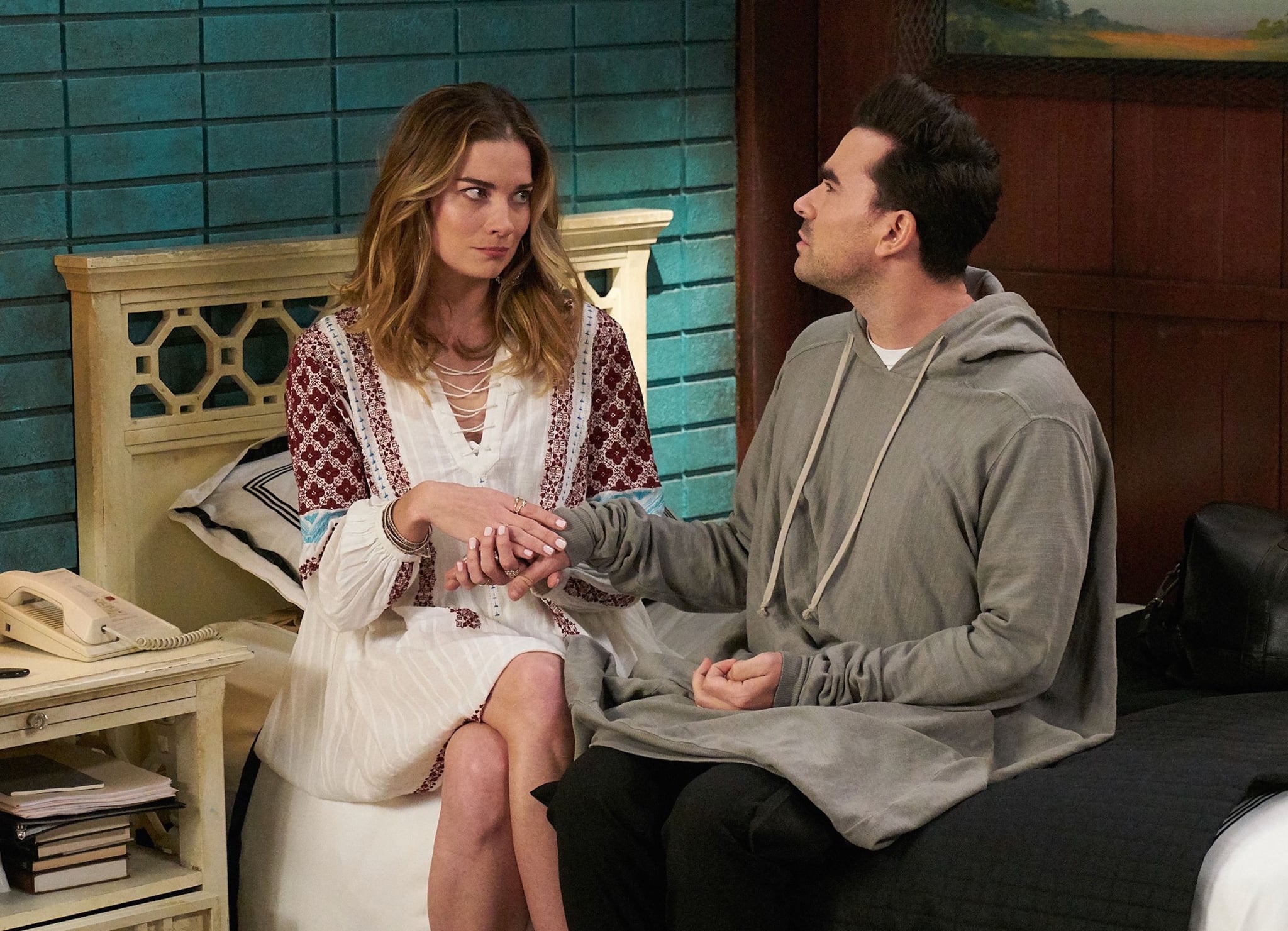 Kim Kardashian and Paris Hilton may have been the inspiration behind Alexis Rose’s T-rex-like hand gesture and vocal fry on Schitt’s Creek, but the freelance brand invigorator’s iconic “boops” can be solely credited to Annie Murphy. While chatting with the Canadian actress about her partnership with Tide for the laundry detergent’s #TurnToCold campaign, she revealed the origin of her character’s tendency to affectionately tap her family members and friends on the nose with her index finger. As it turns out, the habit was born from Murphy’s on-set hijinks with her costar and real-life pal Dan Levy.

“First of all, I heard ‘boobs,’ and I was like, ‘They weren’t that remarkable,” Murphy jokingly prefaced before diving into the funny backstory of Alexis’s boops. “I realized very early on that booping Dan Levy on the nose was a source of great delight for me because it was a source of great annoyance for him. So I just ran with it and booped him as frequently as possible, both on and off screen. It just kind of became a fun addition to all of the mannerisms. I think we were sitting on a bed together in the first season, and I remember doing it and just seeing the David Rose exterior crumble a little bit and the annoyed Daniel Levy come out, and I was like, ‘Oh, this has to stay.'”

When Murphy wasn’t goofing around with her on-screen brother between takes, chances are she was sitting back and witnessing one of Catherine O’Hara and Eugene Levy’s many singalongs. “I miss it so much. It was a very, very fun set,” she told POPSUGAR. “Usually before we started shooting, we would watch Eugene and Catherine riff on something or sing. They often passed the time by doing harmonies on kind of old timely show tunes. That was a pretty magical thing to be able to watch.”

Equally as magical to watch has been Schitt’s Creek‘s well-deserved rise from an under-the-radar sitcom with a peculiar name to an Emmys-sweeping megahit that’s captured the hearts of millions. Murphy credits at least some of its success over the last few years to quite the unexpected culprit. “I honestly think we owe some of the success to [Donald] Trump because it was four very, very gloomy, very bleak, very scary years,” she said. “I think people really needed to find some light and some positivity and go to a place where everything was more or less A-OK.”

When I mentioned to Murphy how Schitt’s Creek has been an endless source of solace and entertainment amid the pandemic, she modestly replied, “When people say that, not to sound cheesy, but it really is the most rewarding thing to hear. The Office is my comfort show, and it truly has gotten me through some really bad times — therapy and The Office. To know that Schitt’s [Creek] is that show for other people is just the biggest takeaway and the nicest thing to hear overall.”