ANNA MIKHAILOVA: Andrea Leadsom is shamed by MPs’ clawback of transparency amid her reforms to protect sexual harassment victims

Andrea Leadsom fears her reforms to protect victims of sexual harassment and bullying are not being implemented properly and could ‘fall into disrepute’.

One aspect of the changes the former Cabinet Minister helped to bring in is working perfectly, though.

Shoehorned in alongside the independent complaints system, set up in the wake of the ‘Pestminster’ scandal, was a shameless clawback of transparency granting anonymity to all MPs under investigation for breaching the rules. 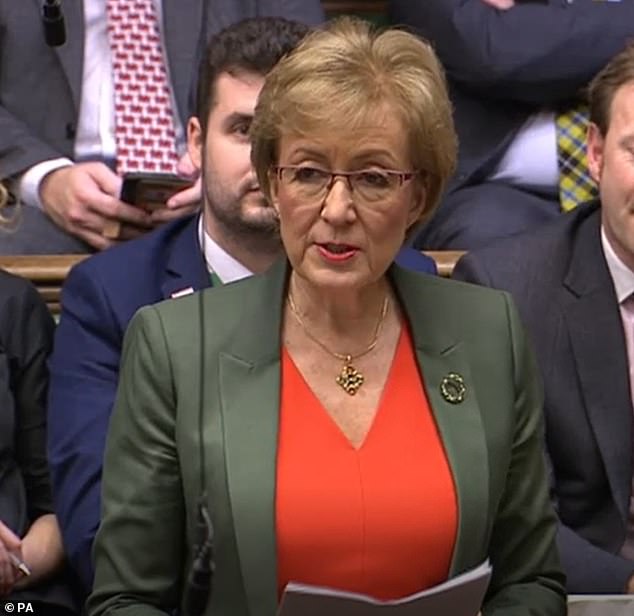 This means expenses cheats and MPs involved in cases with no victims – apart from the taxpayer – are spared their blushes after the standards watchdog stopped publishing details of ongoing probes.

Hours after MPs voted for the changes in 2018, the record of Keith Vaz’s investigation dissolved as quickly as the poppers the ex-Labour MP tried to procure for a couple of rent boys.

MPs have also used the rule to dodge reporters’ questions and stop complainants speaking out. And, when convenient, they have themselves broken it.

The Tory MP has promised to repay the £364 cost.

But after she texted the local Green leader to express ‘disappointment’ about the complaint, the Standards Commissioner criticised her for breaching confidentiality.

The MP claimed she had not read the Commissioner’s note banning her from talking about the investigation.

No such defence is given to journalists or the public. Time to reverse a loss of transparency that sends Parliament back to its pre-expenses-scandal dark days.

Who gave US envoy the bird? It’s Boris!

American ambassador Woody Johnson is used to the funny ways of us Brits, but even he was shocked when he was wolf-whistled at a Commons reception.

Guests didn’t know where to look when the shrill sound split the air, until the culprit was unmasked as Speaker Sir Lindsay Hoyle’s talkative pet parrot Boris.

Brexit bad boy Arron Banks might be regretting his decision to take on the man who inflicted Mr Blobby on the nation.

Now Edmonds, 71, has made a ‘sizeable’ donation to Guardian journalist Carole Cadwalladr’s own legal fight with Banks, who has accused her of libel.

Banks claims Edmonds still owes him money as a result of the presenter’s high-profile battle to recover millions from Lloyds Banking Group, lost as part of an alleged fraud.

A source close to Edmonds disputed that he was liable – and said he wants to support others in conflict with Banks. Maybe he’ll even send Blobby round for moral support.

As my mole put it bluntly, it was one white man replacing another.

Of course this allows Whitehall to continue what it does best – spend taxpayer money on consultants’ lessons on diversity. 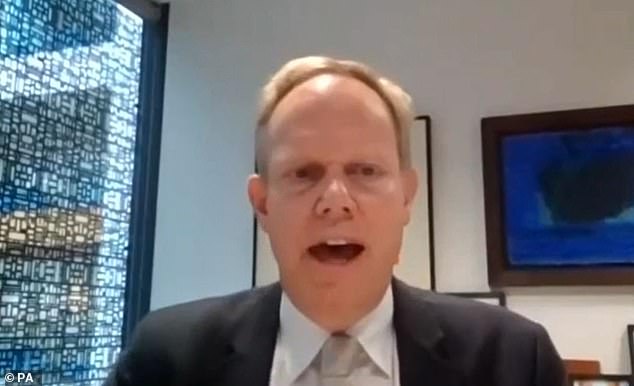