As Labour descends into civil war, some of the sharpest post-election criticism of Sir Keir Starmer has come from the Blairite wing of the party.

Lord Adonis, who was Blair’s policy chief, has called for Starmer to go. But is Momentum, the hard-Left organisation set up to bolster Jeremy Corbyn’s ill-fated leadership, limbering up to provide his replacement?

After Corbyn announced his exit, it was assumed Momentum would wither and die, but I hear it has been quietly rebuilding. In fact, accounts for the organisation show its financial affairs have never been in better health. 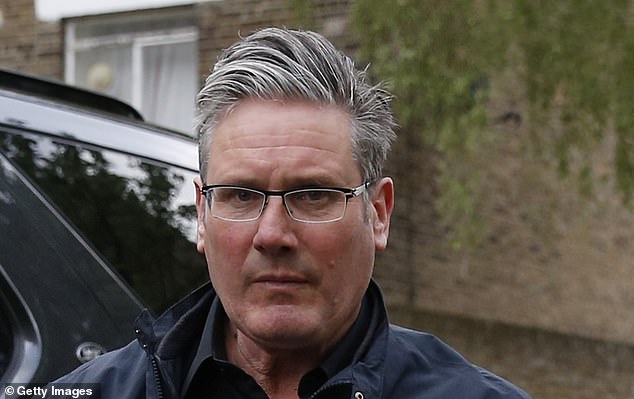 As Labour descends into civil war, some of the sharpest post-election criticism of Sir Keir Starmer has come from the Blairite wing of the party

Momentum is funded by supporters and receives help from the Left-wing Communication Workers Union, whose deputy general secretary Tony Kearns is a director.

After the Hartlepool by-election result, the group’s Twitter account gloated: ‘A transformative socialist message has won in Hartlepool before, and it would have won again.’

Will Momentum be supporting an alternative leader to deliver that message?

In one of his first responses to Labour’s election disaster, Keir Starmer talked of moving Labour’s HQ outside London. Well, they will have to move somewhere as the building in London’s Victoria Street is due to be demolished. 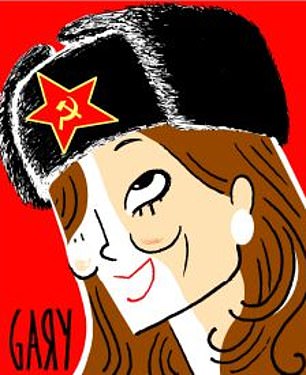 What is going on at Pravda, once the hard-line official newspaper of the Soviet Union Communist Party?

First it marks the death of Comrade Prince Philip with a lavish tribute. Now it is praising the Duchess of Cambridge as the future of the Royal Family.

‘Whether she is attending a state dinner in a gown, or a rodeo in a cowboy hat and cowboy boots, she appears comfortable in any setting,’ gushes the paper’s online edition. ‘There is at least one person in whose hands the future of the British Royal Family will be safe.’

Whatever happened to smashing the ruling class and establishing a dictatorship of the proletariat?

Tory MP Richard Fuller is making a name for himself — in his Commons register of financial interests, the former management consultant listed four paid posts netting him £95,000 a year for ten hours’ work a month, which equates to £791 an hour. He also had a payment of £59,900 from Investcorp for additional advice, which worked out as £1,536 per hour in addition to his £81,932 MP’s salary. Nice work if you can get it.

The Labour Left may be furious about the toppling of Angela Rayner as party chair, but it turns out she wasn’t the most energetic of canvassers. While Rayner visited 22 constituencies during the local election campaign, Tory co-chairman Amanda Milling visited no fewer than 61 seats, clocking up 5,000 miles.

After the Metro accident in Mexico City when 24 died, Jeremy Corbyn tweeted: ‘Thinking of everyone affected by the tragic events.’ Yet there was total silence when 45 Jews died in Israel at Mount Meron. Some things never change.

Quote of the week: Graham Stringer, the Labour MP for Blackley and Broughton in Greater Manchester, said after the Hartlepool rout: ‘It is astonishing and surprising that there’s not a single member of Keir Starmer’s Shadow Cabinet who voted for Brexit.’ Quite.

After Joe Biden became U.S. President, Boris Johnson received a £50 cheque from Sir Alan Duncan, who had bet Boris back in 2017 that Donald Trump would not complete a full term. If the wager had gone the other way, however, Duncan would have done well to collect on it.

Boris bet Sir Max Hastings, his former boss at the Daily Telegraph, £1,000 that the Tories would win a majority at the 2010 election. After months of stalling Boris sent him a letter saying ‘Cheque enclosed’. It wasn’t.