Home » Lifestyle » Andrew Gillum has come out as bisexual, months after opening up about a drunken Miami hotel incident 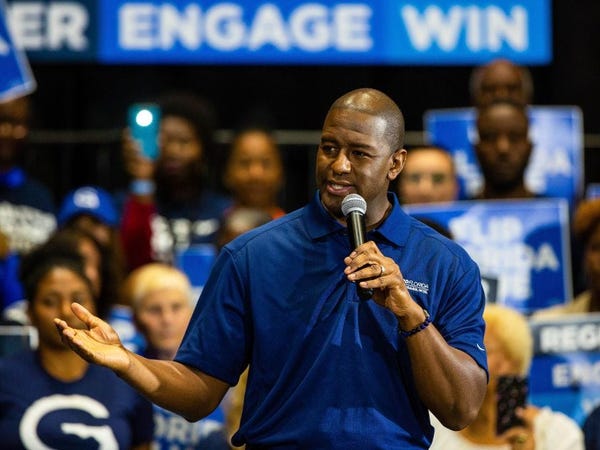 Andrew Gillum, a Florida politician and 2018 gubernatorial candidate, came out as bisexual this week after rumors swirled for months about his sexuality after he was found drunk in a Miami Beach hotel in March with two men, one of which identified as a male escort.

Gillum told Tamron Hall in the season 2 premiere of her show, which aired September 14, he had blacked out after drinking for several hours alone on the beach. When he came to, he woke up in a hotel room in a pool of his own vomit.

Police reports state Gillum was found in a hotel suite with two men, one of whom had overdosed on crystal meth and later said he was a sex worker.

Gillum said he did not have sex with either men, but many questioned his sexuality.

"You didn't ask the question, you put it out there of whether I identify as gay. The answer is I don't identify as gay but I do identify as bisexual," he said in the interview. "And that is something that I've never shared publicly before."

After the incident received media attention, Gillum retreated from the public spotlight. He said he "fell into a depression that has led to alcohol abuse" after narrowly losing the 2018 election and he committed himself to rehab after the incident.

Gillum told Hall that he felt the worst about the rumors of infidelity that swirled after the night.

"I felt like the love that I have between my wife and I, my family — but most important, the authenticity that I try to lead with — was all in question at this point," Gillum said.

According to Gillum, his wife, R. Jai Gillum, knew he was bisexual before they were married. He had never opened up about his sexuality because of the misconceptions and biphobia that come with being bisexual.

"Bisexuality in and of itself doesn't lead to unfaithfulness," Gillum said in the interview. "There are men who are in marriages with women who just because they're married to a woman doesn't mean they're not attracted to other women, and at any point can slip up, make a mistake, do something, and that is what it is. The same thing in bisexual relationships."

"You can be attracted to both, you got a bigger terrain out there that you have to contend with, but you can still choose to be physically with one person."