Home » An Obi-Wan Kenobi Movie Was Going to Happen, But 'Solo: A Star Wars Story' Lack of Success Stopped It

It’s no secret that Obi-Wan Kenobi, the Disney+ series, is one of the most highly-anticipated Star Wars projects that Lucasfilm and Disney are currently working on. It’s bringing back Ewan McGregor and Hayden Christensen in all their prequel glory. And with the tech and storytelling of The Mandalorian there to back it up, it’s surely going to be exciting.

But as it turns out, fans were actually kind of close to getting an Obi-Wan Kenobi movie instead of this Disney+ series.

An Obi-Wan Kenobi movie was supposed to happen instead of this series, but the lack of success for ‘Solo’ changed that 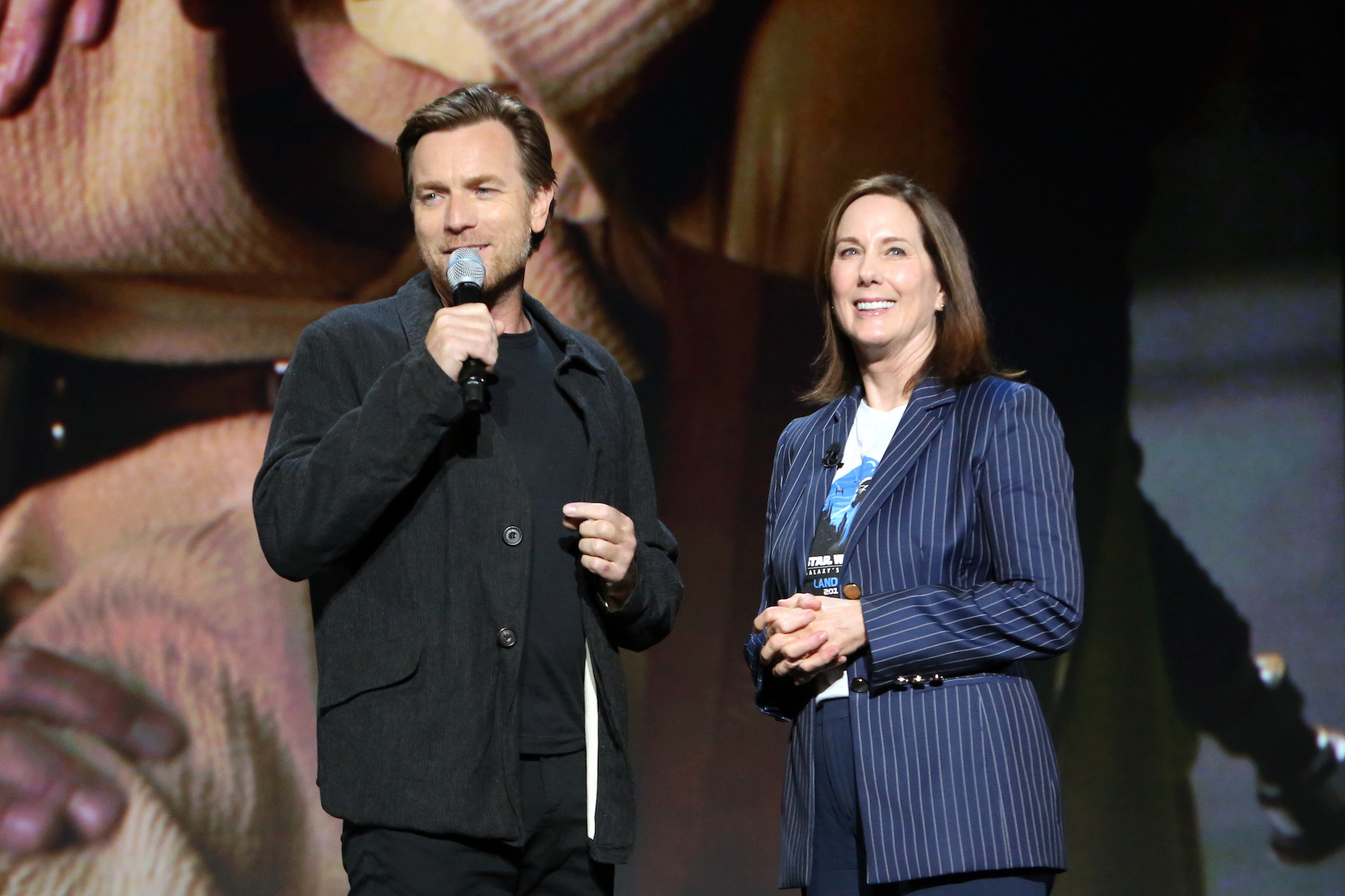 In a new interview with The Hollywood Reporter on April 28, McGregor shared a lot of fun tidbits about getting back into playing the iconic Jedi Knight. The series takes place about 10 years after Star Wars: Episode III — Revenge of the Sith, and Kenobi is still on Tattooine dealing with the trauma and fallout of the Jedi Purge and Anakin’s turn.

But, as you probably could have imagined, this project has been in development for years. So long, in fact, that it’s been in motion for seven years ago according to The Hollywood Reporter.

However, they reported that Solo: A Star Wars Story, which came out in 2018, “underperformed” and caused Disney and Lucasfilm to focus more on streaming. They ultimately redirected their plans away from an Obi-Wan Kenobi film and onto a limited series, which is what fans are getting.

Regardless, it’s been a long and winding road to get here, and it’s been a hard one for McGregor to keep quiet about at times.

“I’d see stuff on social media like, ‘They better cast Ewan as Obi-Wan,’ and I wasn’t able to say anything,” he said. “But it was pretty humiliating to think that [Disney] might be thinking about casting someone else.”

It’s no secret that the Star Wars prequel films that McGregor was a part of weren’t very well received back when they first came out. At least not critically and by some very outspoken fans. But the tides have changed and The Phantom Menace, Attack of the Clones, and Revenge of the Sith all have die-hard fans now.

McGregor spoke about the way filming those three movies changed from when the first one came out in 1999 until the last one in 2005.

“George [Lucas] loves technology and loves pushing into that realm,” McGregor said, explaining how Lucas pivoted away from real sets and onto greenscreen effects. “He wanted more and more control over what we see in the background.”

With that need for more digital backdrops, The Hollywood Reporter wrote that by Revenge of the Sith, it was nearly all bluescreen backgrounds and very little on-site location filming.

“After three or four months of that, it just gets really tedious — especially when the scenes are … I don’t want to be rude, but it’s not Shakespeare,” McGregor said. “There’s not something to dig into in the dialogue that can satisfy you when there’s no environment there. It was quite hard to do.”

But that experience is much different for McGregor and all involved this time around thanks to the technology that was used with The Mandalorian.

“They project [the virtual backgrounds] onto this massive LED screen. So if you’re in a desert, you’re standing in the middle of a desert,” McGregor said. “If you’re in the snow, you’re surrounded by snow. And if you’re in a cockpit of a starfighter, you’re in space. It’s going to feel so much more real.”

Expect some epic lightsaber battles in this new series

While Obi-Wan Kenobi the series is going to feel and look as real as any Star Wars project can get, that’s exciting to hear. Especially knowing that there are some pretty big lightsaber sequences on their way as well.

At the beginning of the piece, The Hollywood Reporter wrote that the interview actually had to be postponed because McGregor received the Moderna COVID-19 vaccine. And while the vaccine “really kicked [his]*ss” it also impacted his some serious lightsaber training.

“For months, we’ve been doing these monster, two-and-a-half-hour sessions of sword fights and hand-to-hand stuff,” he said.

Much hasn’t been said about the series other than what’s stated above: that’s it takes place 10 years later and that Kenobi is dealing with his trauma. But with such long lightsaber traing, McGregor’s role is surely going to include lightsaber duels of epic proportions. With Christensen returning, are we getting Mustafar 2.0? Time will tell.