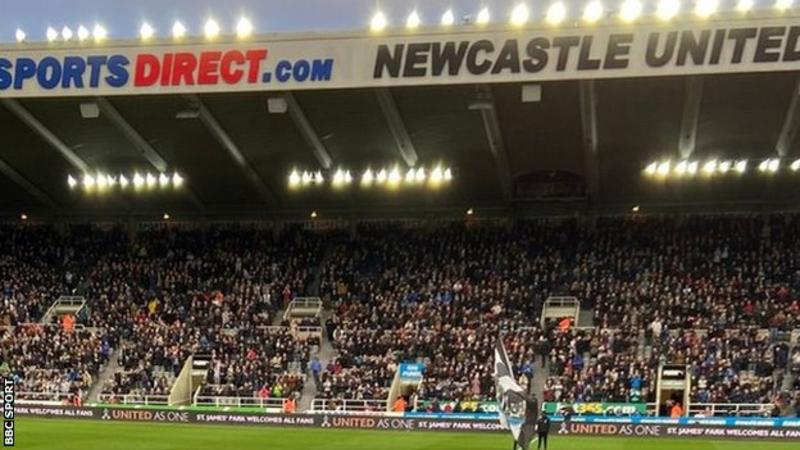 The Premier League “risks becoming a patsy” unless it looks at Saudi Arabia’s human rights record as a possible takeover of Newcastle United moves nearer, according to Amnesty International.

A Saudi-backed consortium involving Crown Prince Mohammed bin Salman is reportedly on the verge of buying the Tyneside club for about £300m.

The Premier League must decide whether the group of investors backed by Saudi Arabia’s sovereign wealth fund meets its owners’ and directors’ test.

“I believe there are serious questions to address in determining whether the owners and directors of the company seeking to acquire NUFC are meeting standards that can protect the reputation and image of the game,” Amnesty UK director Kate Allen said in a letter to Premier League chief executive Richard Masters.

“If the Crown Prince, by virtue of his authority over Saudi Arabia’s economic relations and via control of his country’s sovereign wealth fund, becomes the beneficial owner of NUFC, how can this be positive for the reputation and image of the Premier League?

“So long as these questions [about Saudi Arabia’s human rights record] remain unaddressed, the Premier League is putting itself at risk of becoming a patsy of those who want to use the glamour and prestige of Premier League football to cover up actions that are deeply immoral, in breach of international law and at odds with the values of the Premier League and the global footballing community.”

BBC Sport has contacted the Saudi wealth fund and representatives of the consortium asking for a response to Amnesty’s letter.

The Premier League and Newcastle have also been approached for comment.

Amnesty – a non-governmental organisation which focuses on human rights – has long criticised Saudi Arabia’s human rights record, pointing to long-standing issues including women’s rights, the treatment of the LGBT community and the restriction of free speech.

Western intelligence agencies also believe the killing of journalist Jamal Khashoggi inside the Saudi consulate in Istanbul in October 2018 was ordered by the Crown Prince – something he denies. Saudi authorities blamed a “rogue operation” for Khashoggi’s death.

The country has also been accused of ‘sportswashing’, a term used to describe countries that try to improve their international reputation by investing in major teams or hosting big sporting events.

“The Crown Prince has been using sporting events and personalities as a means of improving the Kingdom’s reputation following the grisly murder of the journalist Jamal Khashoggi – widely believed to have taken place with his approval,” the Amnesty letter continued.