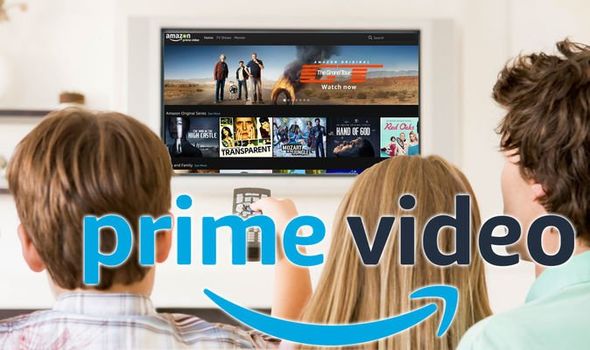 Amazon Prime Day 2020 is fast approaching, with the huge sale for Prime members taking place on October 13 and 14. Prime Day first launched back in 2015 and offers exclusive savings to Amazon Prime subscribers. But the great deals for Amazon Prime members aren’t just relegated to those two days that the Prime Day sales are running.

Ahead of the start of Amazon Prime Day 2020 the online shopping giant has slashed prices for their Prime Video streaming service.

Prime Video is home to great Amazon Originals, including boxsets such as The Boys and Bosch and movies like The Report, plus tonnes of other TV series and films.

In addition to the Prime Video library, members can either rent movies for a few days or subscribe to a number of different Prime Video channels.

And it’s these extra services that have received a price cut ahead of Amazon Prime Day 2020.

Prime members will be all too familiar with the £1.99 rentals that regularly pop up, or the cut-price movie or boxset purchase deals that often are running.

And a tonne of new ones have been added recently, with this year’s critically acclaimed The Invisible Man one of the titles to get a Prime rental price cut.

Elsewhere, a selection of popular Prime Video have received a major saving, with three months access available for just 99p per month.

Among the channels included in the promo are Starzplay and BFI Player – which typically cost £4.99 a month.

So, if you decide to grab this limited time deal you’ll save £12 over the course of the three months the deal is running.

And the more channels you subscribe to the more you save!

• Starzplay for 99p per month

• BFI Player for 99p per month 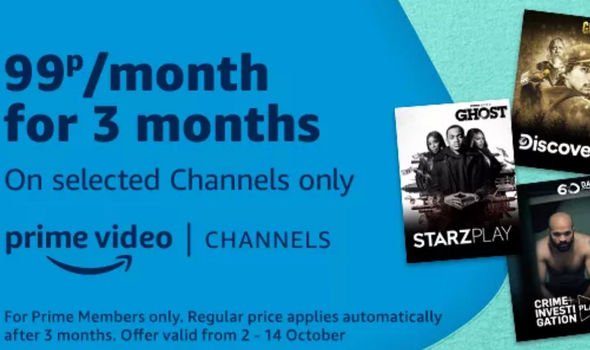 • Discovery Channel for 99p per month

• History Play for 99p per month

• Crime and Investigation for 99p per month

The offer is only running for a short amount of time, with the promo ending on October 14. Once the three month period is over the price reverts back to normal.

So if you don’t want to be charged the full amount after the three month 99p period is up make sure you turn off auto renewal before then.

Right now Currys PC World is running an autumn clearance sale that offers up to 60 percent off top tech.

The Currys sale includes discounts on 4K TVs, laptops and more with new deals getting added.

Hundreds of products are available at a bargain price at Currys PC World, with free delivery or in-store collection on offer. 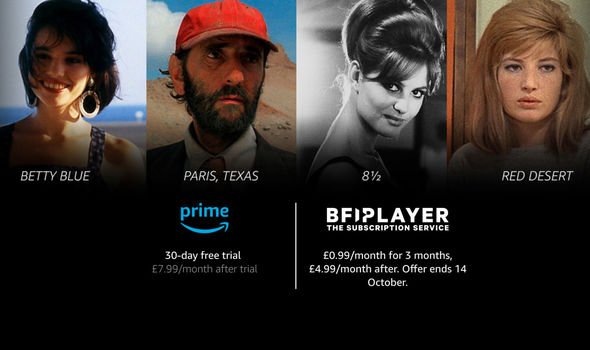 This article contains affiliate links, which means we may receive a commission on any sales of products or services we write about. This article was written completely independently, see more details here