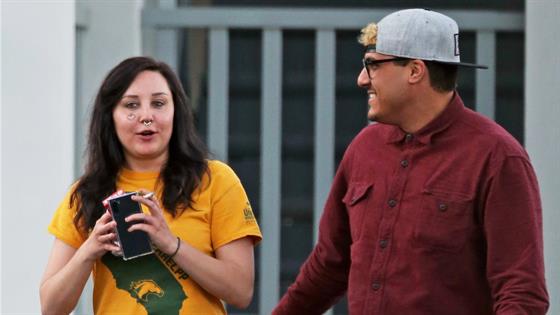 Amanda Bynes is not ready to make nice with the paparazzi.

As the former child star continues inching her way back into the public eye—with a new fiancé by her side, no less—Amanda is accusing paparazzi of intentionally editing the photos they take of her to appear unflattering.

Bynes said she wants to discuss “self-worth” in a video posted to her Instagram, explaining, “Whenever I see a paparazzi photo, the majority of the time I look nothing like myself. I’m talking 16 chins, face looks completely different and it’s an all around terrifying experience to look myself up online, quite honestly. Like, I’m about to cry just thinking about it.”

The 33-year-old and fiancé Paul Michael were recently photographed kissing while running errands in Los Angeles. In the images, Bynes is seen smoking a cigarette and drinking a can of Pepsi as Paul wraps his arm around her.

Amanda continued in the video, “But I wanted to post this video so people know that I’m just like you, I want to look my best. Of course I can take an unflattering shot but the amount of unflattering shots that I see online, I know that my photos are being photoshopped. I don’t look like that in the photos that I take or when I look at myself in the mirror.”

Just two weeks ago, Amanda announced her engagement. A source later told E! News that she and Paul met while in rehab.

“Amanda’s parents are fully aware of her engagement and at this point are not approving Amanda to legally get married under the conservatorship,” the source said, referencing the legal agreement in place between Amanda and her family since 2014.