Home » Lifestyle » All right on the night? What Victorians want from the federal budget

Next Tuesday's federal budget will be among the most significant in recent memory.

Tax relief for businesses has already been flagged, as have personal tax cuts.

Five Victorians tell us what they hope and expect to see from federal Treasurer Josh Frydenberg.

Glen Iris couple Thomas-James Greenwood and Jess Birch said they are expecting a
majority of the federal budget to be allocated towards businesses, particularly big companies.

"A lot of money will go into businesses to mitigate the damage [caused by the coronavirus] to the economy," Ms Birch said. 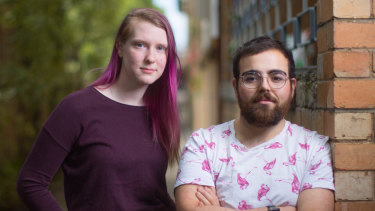 Yet, Mr Greenwood said he is hoping the government will inject funding into the education
sector, especially after the recent cuts to university degrees, staff and funding.

"Art degrees are being cut, Monash University recently proposed cutting their theatre
degree, they are in need of serious support," he said.

"Students are rushing to finish their degrees, changing degrees, a lot of students have been
impacted."

As an education student, Mr Greenwood said he understood the importance of education
and would also like to see further funding for regional education, special needs and the mental health sector.

"Rural and special needs education are not getting enough funding," he said.

"The pandemic has only highlighted mental health and we need more resources."

"We are a fairly big exporter of coal, we need to look towards how we can build renewable
energy, there are so many different types of renewable energy, we need to focus on this
before it's too late." 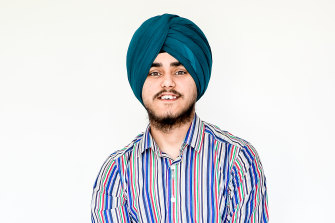 "It's really disappointing, I hope we get some funding for the education sector but you only have to look at what they've done over the past few years to know," he said.

Mr Singh said he would like to see the government inject funding into research, particularly medical research.

"Especially after this pandemic, research funding is seriously underfunded in this country, universities are cutting jobs and many of them are amazing researchers," he said. "The government needs to fund further research."

Mr Singh believes the number one issue for every young person in Australia is climate change.

He said the government continues to subsidise coal, gas and fossil fuels, yet disregards funding for renewable energy.

Mr Singh said he would also like to see further funding in infrastructure, including high-speed rail.

"As a part of the recovery from the pandemic, we need to make sure we reconnect our cities better, there are more than 12 million people in the Sydney corridor, it's better for the environment and will support regional communities who are so isolated from the cities," he said. 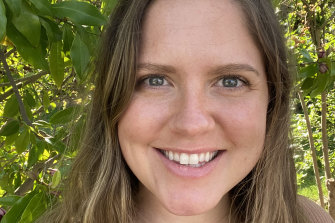 Karissa Cornell hopes the government will inject funding into education and tourism.

St Kilda resident Karissa Cornell was previously employed as a project co-ordinator for a
construction company but was made redundant in July.

Since then, she has been searching for a job and has had numerous interviews but no success. Ms Cornell said she expected the federal government would inject millions into businesses, especially big corporations.

"They will invest in businesses who can give them a return in the future," she said.

However, Ms Cornell said she wants to see funding allocated to the education sector."Students are the future of Australia, we need to support the industries who provide education," she said.

She believes there is an urgency to provide further financial support for students.

"People want to learn, yet there are a lot of students who have no support, they've lost their jobs during the pandemic whilst studying full-time, they can’t survive off small Centrelink payments."

She is also hoping the government will inject funding into tourism.

"Australia thrives off tourism and yet our whole industry has been completely shut down. We need to invest in programs for regional tourism to help get them on their feet," she said. 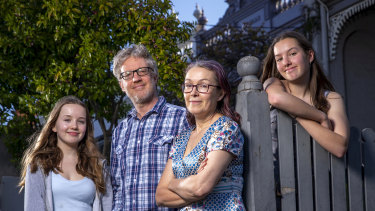 The Henry family: Mark and Jennifer with daughters Rose, 16, and April, 13. Credit:Wayne Taylor

Princes Hill mother of two Jennifer Henry said she's not expecting much from the federal budget.

"I'm expecting lots of excuses, a bit of green washing maybe," she said.

Ms Henry, who works at the University of Melbourne, said she's expecting the federal budget to focus specifically on businesses and manufacturing.

"The government will be aiming to get the economy up and running," she said.

However, Ms Henry said she'd like to see the government rethink its approach to funding higher education.

"Australian universities are in such a pickle at the moment because of the loss of international student income, and we need to make up that shortfall with increased government revenue," she said.

"They are going on about reopening the economy, and the education industry is our third highest export industry, it would be great to see the government put their money where their mouth is and put funding towards keeping university staff and research."

Ms Henry said university research should be a priority in the budget. 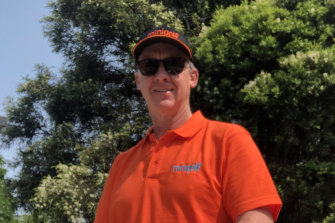 Fraser Bell wants the government to focus on local manufacturing.

"If they stimulate the economy, and the economy is stimulated and allowed to open, then it
will support other businesses," he said.

Mr Bell said he wants to see federal funding injected into supporting Victorian businesses so they are able to reopen after coronavirus restrictions ease, despite it being a state issue.

"The federal government has given small businesses some GST relief, which has helped with cash flow, and it'd be good to see that moving forward over the next six to 12 months," he said.

He is also hoping manufacturing will be given a boost.

"I know I've even made a fundamental change, anything that makes Australia more self-sufficient rather than being globalised in this new world order, has to be a good thing," he said.

Mr Bell also said funding should be allocated to international and regional tourism.