Part of the family! America’s Got Talent judges Heidi Klum, Simon Cowell and Howie Mandel revealed what it’s been like to have newcomer Sofia Vergara join the panel.

Speaking about the 47-year-old Modern Family actress, Klum, 46, detailed their “amazing” first day working together. “She was nervous coming in, obviously, because when you do something I guess for such a long time … ” the model told Us Weekly and other reporters at the America’s Got Talent premiere at the Pasadena Civic Center, in Pasadena, California, on Wednesday, March 4. “She said [to me], ‘It’s like I’m the new kid in the school.’” 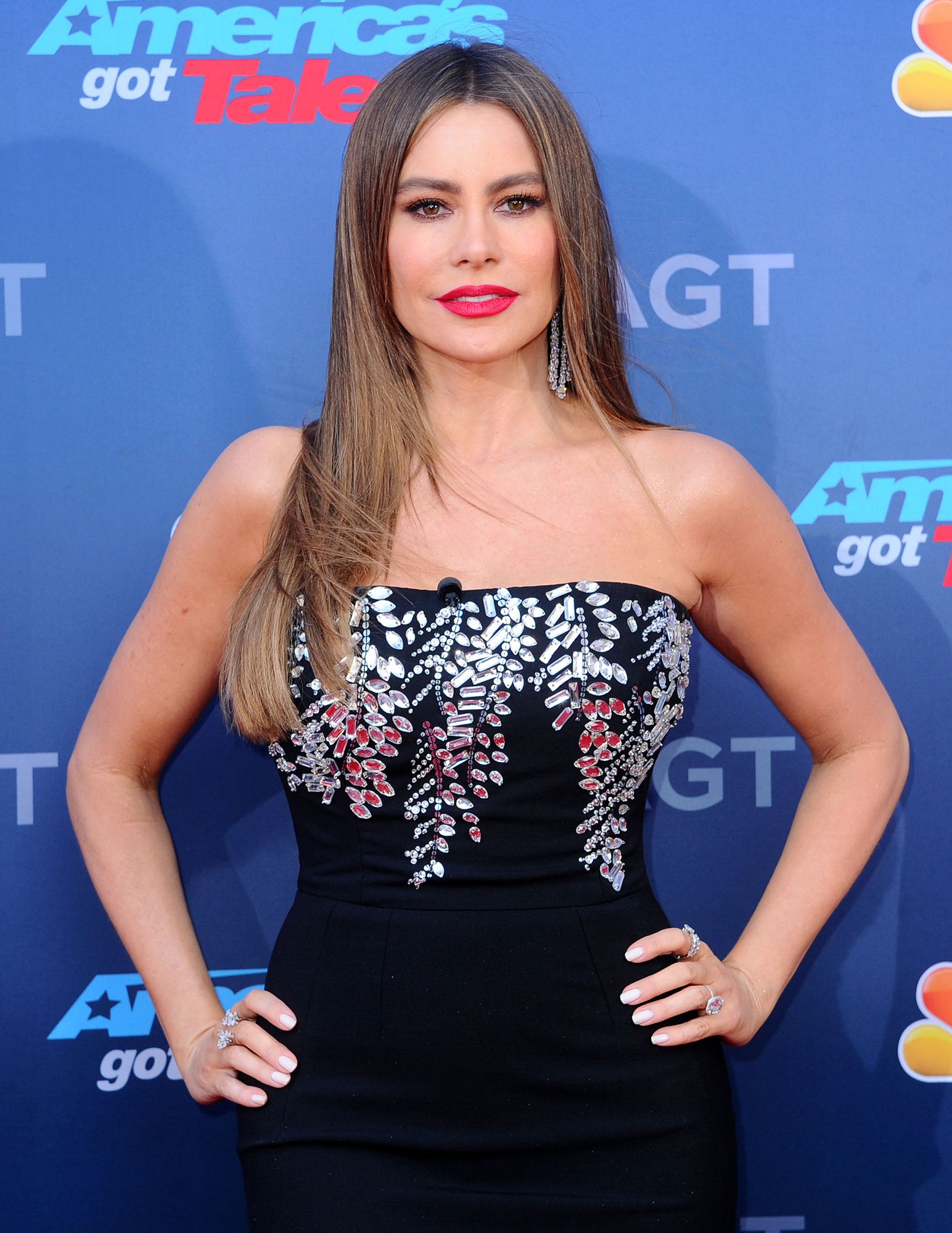 Klum then dished on the advice she gave Vergara to help her succeed in the new position. “I said, ‘But you have all great classmates. We all love you and there’s nothing you can do wrong here. Just speak your truth,’” she continued. “‘Whatever you see, don’t hold back. Give them criticism on things that you see that needs to be criticized. If you loved everything, tell them that. Just speak from the heart and then nothing can go wrong.’ I’m like, ‘It must be so amazing to not have to memorize anything for a change.’”

Mandel, for his part, revealed Vergara got comfortable within the new role rather quickly, and she was even hit back at the former American Idol judge without hesitation.

“Within the first couple of days or the first day of taping, she was already calling out Simon. They didn’t agree on something, but this is your first day and that’s your boss! She didn’t care,” the Deal or No Deal alum, 64, told Us exclusively on Wednesday. “She’s so honest and so great and she’s just electricity, this beautiful, vibrant, electric, human being.”

Mandel also revealed what he has discovered about Vergara so far. “I learned that she’s actually from Memphis and I heard her talk without the Spanish accent and I thought that character she played on Modern Family, so wonderful. And she just said, ‘Y’all, you have a good time. Sit down and watch my work,’” he said.

Lastly, Cowell, 60, told Us and other reporters at Wednesday’s premiere what made Vergara the right person for the job.

“I met Sofia three or four years ago and we really hit it off and we ended the meeting with, ‘Let’s agree that one day we’ll work on something together.’ That’s how well we got along,” the TV vet said of the Chef actress. “So when I heard Sofia’s name was in the mix, I was so excited. But I didn’t want to jinx it, so I never told anyone.”

Cowell continued, “I called her and I said, ‘How are you feeling?’ She said, ‘I’m excited. I’m nervous.’ I went, ‘Perfect!’ It’s a little bit like when Terry [Crews] joined. When we first met, within five minutes we just clicked. It felt like we’ve been working together all our lives and we’ve become close friends through this whole process, and I think Sofia was a similar kind of vibe. She just gets what the show’s all about.”

Last month, NBC announced that Vergara would be joining AGT for season 15 and Klum would be returning to the judges’ table. The casting comes after Gabrielle Union and Julianne Hough exited the competition series in November 2019 after one season. (Union, 47, alleged there had been a toxic work environment on the show’s set following her departure, which NBC denied.)

Speaking to Extra on February 29, Vergara opened up about why she was “super excited” to join the AGT family.

“[It’s] something completely different than I thought I was going to do after Modern Family. I thought it was the perfect opportunity to do something different after 10 years of such a fantastic TV show,” she admitted. “I didn’t think I was going to get something like that, but I think it’s better to mix it up for a while.”

America’s Got Talent returns to NBC for season 15 in May.

With reporting by Nicole Pajer