Home » Lifestyle » Adelaide Festival laid on a feast, but where was the Indigenous work?

Is Adelaide Festival the best major performing arts festival in Australia? Judged this year on productions drawn from western Europe for exclusive local premieres, you would have a solid case. 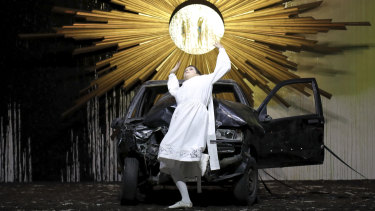 Requiem at the Adelaide Festival.Credit:Tony Lewis

Death stalked many shows at the festival this year. In darkened auditoriums, this art offered catharsis for my own recent, complicated loss of a parent. Fortunately, this Requiem gave us joyous folk dancing too.

The images were indelible; a spectacular distraction from the text’s absurd damnations. Performers in all-white posed against a car wreck like crash victims granted immortality by paparazzi. Chorus members poured bright paint upon the head of a girl, then sacrificially hoisted her face first against the wall. A boy soprano kicked a skull across the stage.

The closing opera, Breaking the Waves, fresh from the 2019 Edinburgh Festival, had US soprano Sydney Mancasola breathe fresh life into Bess, an outsider subject to religious and misogynistic judgment on the Scottish isle of Skye, although the opera’s long arc meant the work could not quite sustain the tension of Lars von Trier’s original 1996 film upon which the opera was based. 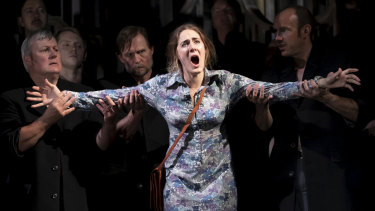 Mancasola rose vocally to Royce Vavrek’s engaging text, which posed Bess’ body as a map of goodness and faith, while Missy Mazzoli’s dramatic score brought to the fore Bess’ rich inner life, underscoring her agency and a personal musical schema as epic as the island’s landscape.

The Belgians at Adelaide Festival, meanwhile, served two dark comedies on death. The first, Dimanche, blending marionettes and human performance, was a “family” show, though the laughing children in the audience went quiet as global warming scythed through life forms: a polar bear separated from her cub; a cameraman drowning under ice; an elderly woman puppet electrocuted. Grim with hilarious timing. 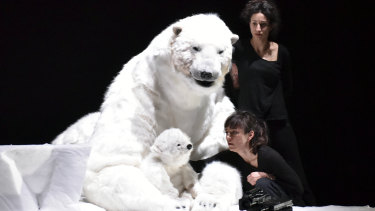 Dimanche at the Adelaide Festival.Credit:Alice Piemme

The second Belgian work, Cold Blood, had performers create a live film using tiny sets, their hands as actors. On screen we saw seven suggested scenarios in which we might die, portrayed through flips in scale, angle and point of view, the manner of our demise ranging from romantic to sleazy to absurd. “We never know when it’s coming,” deadpanned our narrator, “but it’s coming for us all”. Doom aside, this was gorgeous work. 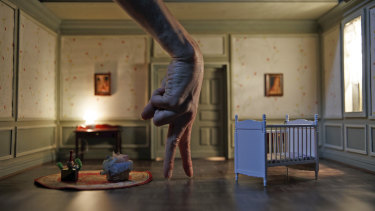 There was also Buŋgul, the emotionally affecting symphonic and dance tribute to the late Dr G Yunupingu – which I had seen at its Sydney Festival premiere – but otherwise there was a broad lack of Australian Indigenous performing arts. Compared with the Sydney and Perth festivals’ emphasis on Indigenous performance, Adelaide fell short, notwithstanding strong Indigenous visual artists’ installations at the separately curated Adelaide Biennial.

Adelaide Festival should consider collaborating with their local Tandanya National Aboriginal Cultural Institute. During the overlapping Adelaide Fringe Festival, Tandanya presented many Indigenous works as a First Nations hub. I caught Tessa Rose’s gorgeous one-woman play The Daly River Girl, which premiered in Darwin, a work that grappled with this country’s colonial history through the personal.

Meanwhile, my favourite work of the 2020 Adelaide Festival season was The Doctor, from Britain’s Almeida Theatre. Starring Juliet Stevenson as a Jewish doctor who refuses to allow a Catholic priest to administer last rites to a teenage girl who is dying from septicaemia from a botched self-abortion, Robert Icke’s radical rewrite of a century-old play about anti-Semitism became a televised, Kafkaesque debate that simultaneously examined the pitfalls of tribalism while interrogating the power of language to oppress minorities. Stevenson was commanding. 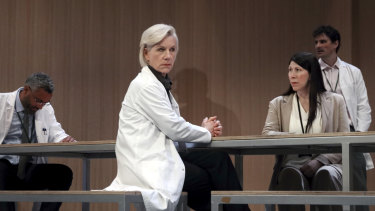 Juliet Stevenson in The Doctor at the Adelaide Festival. Credit:Tony Lewis

Traverse Theatre Company of Scotland’s Mouthpiece, a two-hander in which an impoverished teenage artist saves a 41-year-old playwright who is contemplating suicide, was terrific too. The female playwright in the story plunders the teen’s life story to revitalise her career, and takes sexual advantage of him. Kieran Hurley’s witty work is pungent about power, working-class access to culture and the self-delusions of storytellers about personal responsibility for their source material. 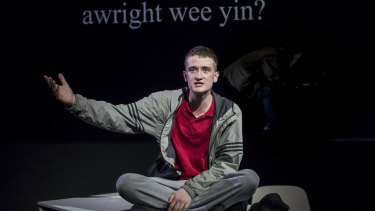 I hope more Australians might eventually see some of Adelaide Festival’s enriching premieres, but broader commissioning from Indigenous Australian storytellers and our geographical neighbours would have presented a more inclusive picture.