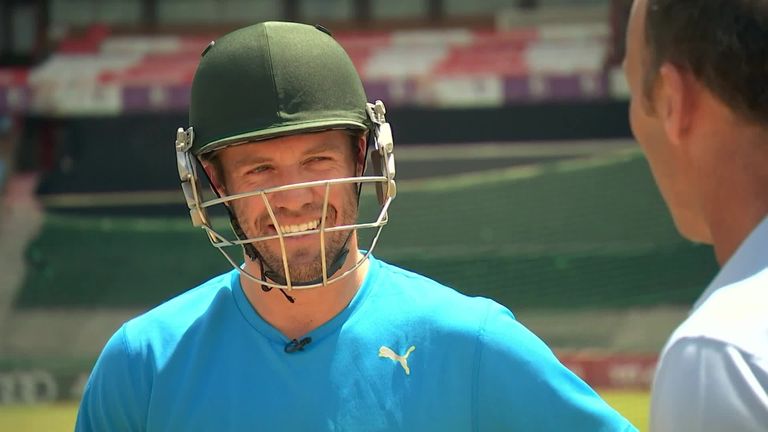 Cricket is his greatest skill – who can forget his record-breaking 162 runs off 66 balls against West Indies in the 2015 Cricket World Cup?!

But he is also adept at a host of other sports as Nasser Hussain discovered in our three-part series, filmed a few years ago in AB’s native South Africa.

With coronavirus halting live cricket, we are re-running our programme on De Villiers over the next three Saturdays on skysports.com, so you can marvel at his talent, hear him discuss his career, watch his batting tips, and see what happened when Nasser took on AB at golf and tennis!

In part one, Journey to the Top – which you can watch in the video at the top of the page – Nasser discovers how De Villiers developed from a child prodigy on the school playing fields to a superstar in international cricket. 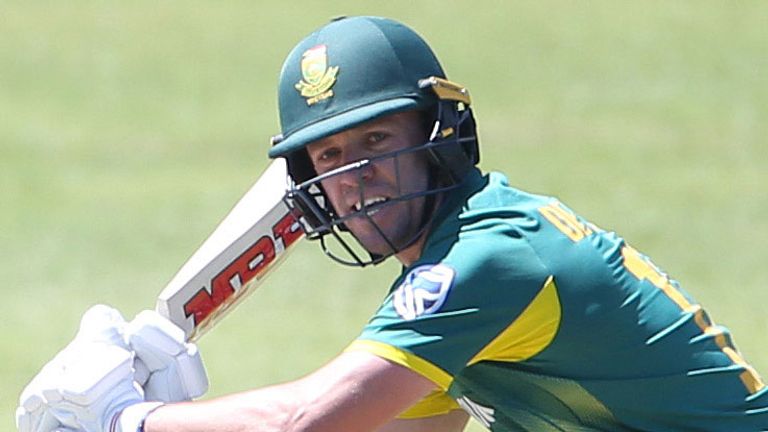 Running though his batting tips at SuperSport Park in Centurion, De Villiers reflects on his first trip to the ground and how while he always wanted to play sport on the big stage, “never in his wildest dreams” did he expect to play cricket at his home ground.

Explaining his processes at the crease, AB then urges every batsman to be unique but also stresses the importance of head position, and how hitting a ball with a stump in training helps him focus on playing the ball late, and why he prefers short, sharp drills at match intensity.