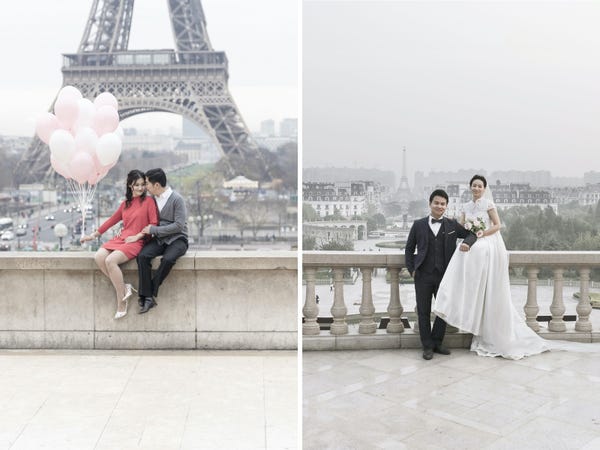 If imitation is the sincerest form of flattery, then Paris should be very flattered.

While China has created detailed replicas of cities like Hallstatt, Austria, and Venice, Italy, its faux City of Lights takes the cake.

In fact, it almost had Paris-based photographer François Prost, fooled.

His photos have now been compiled into a book, called "Paris, China."

Keep scrolling to see if you can tell them apart.

François Prost, a French photographer and graphic designer, told Insider that he's been fascinated by China's replicas of European cities and monuments for a while. 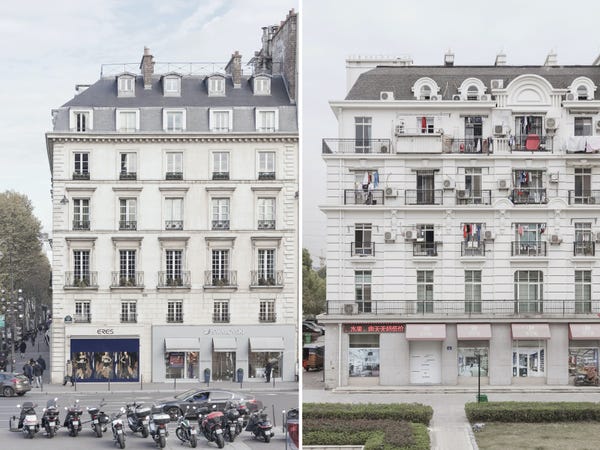 However, the idea of comparing the real Paris to China's faux version only came to him after he read an article about a journalist who went to every Paris in the US to see if locals felt any sort of connection to their French namesake. Spoiler alert: They didn't.

He flew to Tianducheng, China, for a week in late 2017 and called it "surreal." 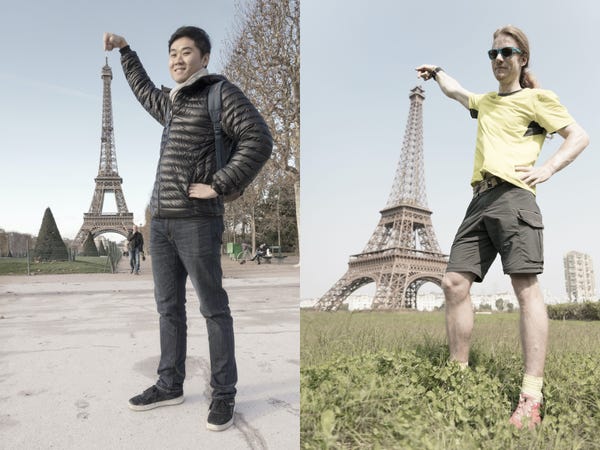 Tianducheng, a gated community in the suburbs of Hangzhou, was built in 2007. Also known as Sky City, it's famous for its 300-foot replica of the Eiffel Tower, as well as its Parisian-style architecture and landscaping. 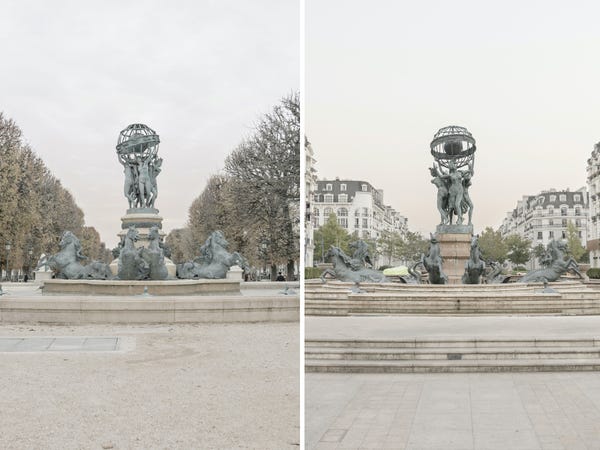 He said it felt bizarre to be sitting in an Airbnb with views of the Eiffel Tower in China.

But he soon found that Tianducheng was a very residential place filled with families. 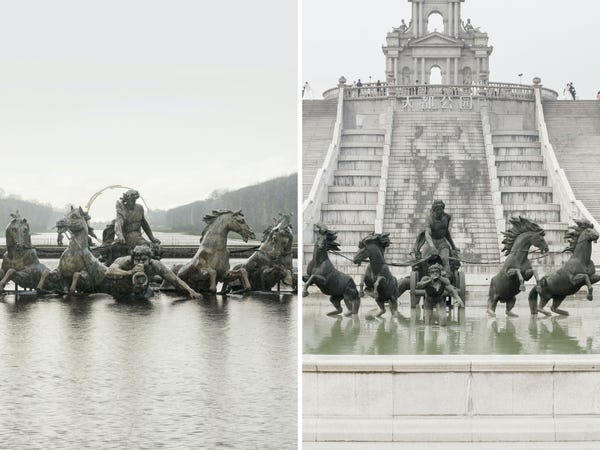 While the Parisian said the replicas of his hometown seemed odd to him, he liked that Tianducheng wasn't full of tourists but rather people living there instead.

Besides the architecture, Prost said Tianducheng hadn't adopted a thing from its French counterpart. 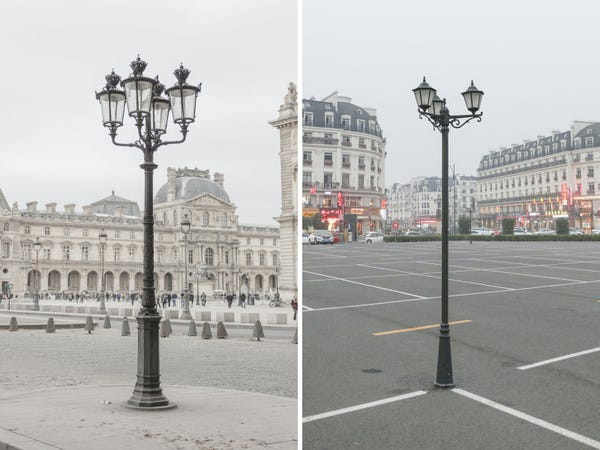 Architecture aside, Prost said the town didn't remind him of Paris.

While Prost meant to only photograph the imitation architecture, he was quickly drawn in by the people who call this fake Paris home without caring that it's a copycat city. 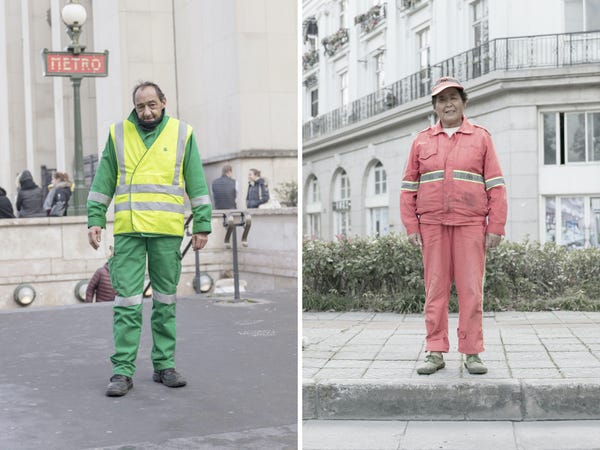 "It made me think that a place is mainly shaped by the people, not automatically by the architecture," he said. "This gave me the idea to also photograph the people, and I started doing portraits."

He took hundreds of photos in Tianducheng, then spent months trying to replicate them in Paris, working to get the angles just right. 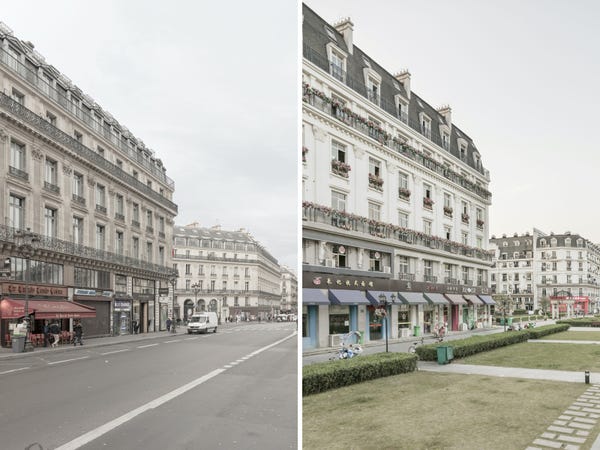 He said he created indexes of every attraction he photographed, organizing them by every single angle he photographed them from, before setting out to replicate a selection back in Paris.

He said there were three main areas in Tianducheng that looked like Paris. 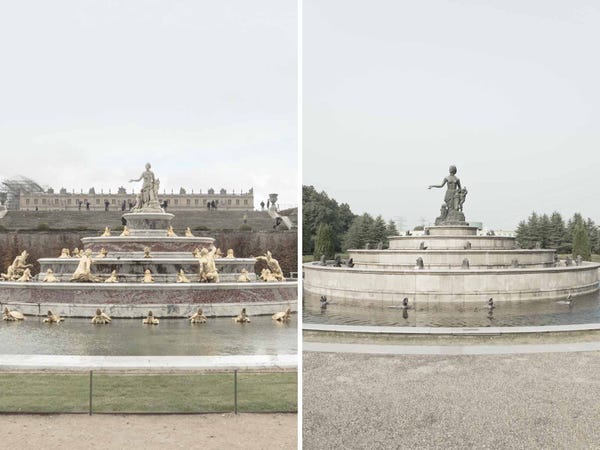 There was the Eiffel Tower, a Versailles replica, and avenues lined with imitation Haussmannian buildings, a type of architecture prevalent in Paris.

One spot in particular, on a hill with a view of the Eiffel Tower, really struck him.

He said the area, just like the Trocadero in Paris, was lined with couples taking engagement and wedding pictures. He says that as a Parisian, he can tell the difference, but thinks anyone less familiar with the city would be hard-pressed to tell the two locations apart.

Seeing these striking similarities in two destinations that are almost 6,000 miles apart got him thinking about what makes a place authentic. 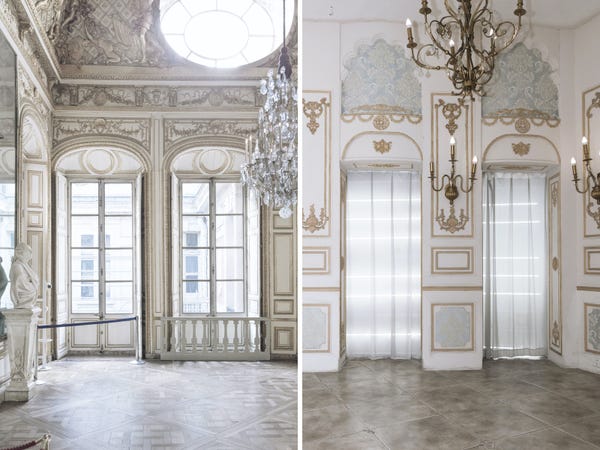 He cites Venice, for example, which he said people visit for its grandeur and beauty, but has been so overrun with tourists for the last decade that it has become a caricature of itself in a way.

Prost says that despite the Champs-Élysées being an iconic symbol of Paris, it doesn't feel Parisian to him at all. 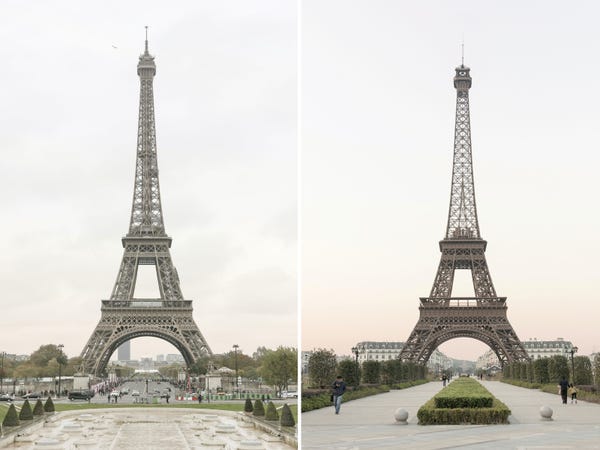 To him, the Champs-Élysées is more of an international tourist attraction that locals avoid, and that is filled with shops and restaurants you could find anywhere in the world.

In the future, he said, "maybe these places will lose a little bit of their authenticity," adding that people might "go to the fake ones because they'll feel more authentic because you can see real people living there normally."