In search of something good to read? USA TODAY’s Barbara VanDenburgh scopes out the shelves for this week’s hottest new book releases. All books are on sale May 4.

What it’s about: The actress known for her work on TV’s “The Good Wife” and “ER” chronicles her life and work, and her resilience through the turmoil of an unconventional childhood, professional rejections and complicated relationships.

The buzz: Publishers Weekly calls it “an entertaining and revealing portrait of how a young girl becomes an accomplished actor.” 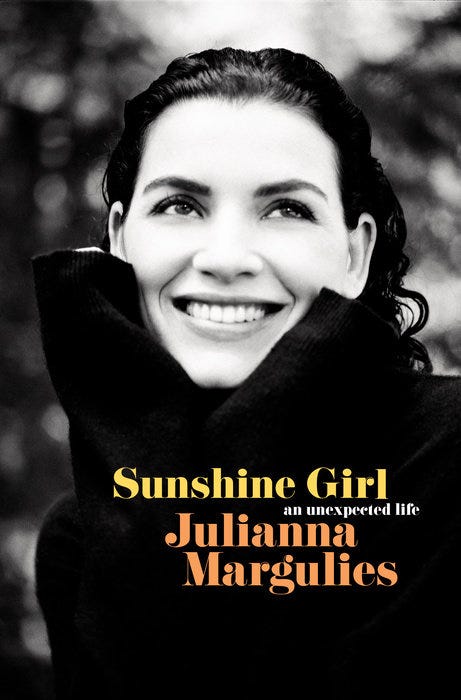 What it’s about: The clock is ticking, and a lone astronaut – who can’t remember his assignment and whose crewmates are dead – must save humanity from an extinction-level threat.

The buzz: “An unforgettable story of survival and the power of friendship—nothing short of a science-fiction masterwork,” says a starred review from Kirkus Reviews.

What it’s about: Film writer Koresky credits his mother for nurturing his love of film, and in this tender memoir-through-movies revisits with her the women-focused films that made an impact on both of them.

The buzz: “A moving portrait of a bond film lovers will understand: between a cineaste and the people who nurtured that love,” says Kirkus Reviews.

What it’s about: The fate of two women collide in this epic story: That of Marian Graves, a daredevil aviator who comes of age in Prohibition-era Montana who goes missing in Antarctica, and Hadley Baxter, the Hollywood actress cast to play her a century later.

The buzz: “Ingeniously structured and so damn entertaining; this novel is as ambitious as its heroines – but it never falls from the sky,” says a starred review from Kirkus Reviews.

What it’s about: Hannah thinks she’s found the love of her life – until he disappears, leaving behind a note instruction his wife of one year to protect his 16-year-old daughter, who wants nothing to do with her stepmother.

The buzz:Kirkus Reviews calls it “a solid page-turner,” and Julia Roberts is tapped to star in a limited-series adaptation for Apple.

Review: Jhumpa Lahiri developed her voice for new novel ‘Whereabouts’ by first writing it in Italian