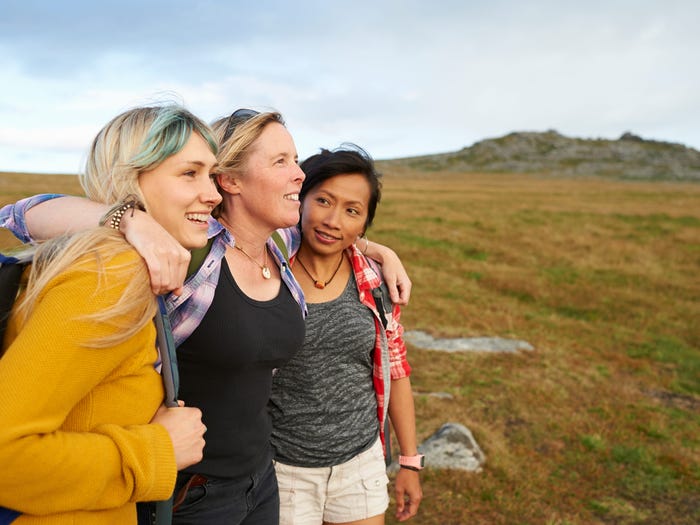 But few people act on this fantasy, Kinsey Institute sex researcher Justin Lehmiller said of his previous findings on a December 2 episode of his podcast Sex & Psychology.

That's because mainstream society often views threesomes as an activity reserved for the kinkiest people, Ryan Scoats, a sex researcher and author of "Understanding Threesomes: Gender, Sex, and Consensual Non-Monogamy," told Lehmiller during the episode.

"I think there is quite often the assumption that threesomes are relegated to the real fringes of society and it's only sexual deviants that have them, or these people who are into loads of more fringe sexual activities," but that's a myth, Scoats said.

There's an emotional aspect to threesomes

Through his research, Scoats found people came out of threesomes disappointed because it "didn't live up to the fantasy" of who would get the most attention during the experience and left their feelings hurt.

That's why it's important to discuss with your partner ahead of time what you want out of the experience, according to Lehmiller.

"This can help reduce unwanted behaviors and misunderstandings, and potentially reduce feelings of exclusion and people receiving unequal amounts of attention. Equality is an important aspect," Scoats said.

For couples, this communication could involve making a specific sex act off-limits with the stranger, to symbolize their relationship is separate from the one they're having with the third person, Scoats said.

He added that there's no one way to create rules and set expectations, and the third person's sexual needs should always be considered too since they tend to be the most left out.

He said people often have threesomes after a night of drinking because it lowers their inhibitions.