It didn’t take long for viewers to forget Network 10’s dud offerings of 2012 – Being Lara Bingle, Everybody Dance Now, I Will Survive – but it was a different story inside the broadcaster’s Pyrmont headquarters.

As 10’s prime time audience diminished, so did its capacity to promote new programs. Even acclaimed dramas such as 2014’s Secrets and Lies fell by the wayside, prompting the network to take the unusual step of handing out DVD copies of the first episode at train stations.

It didn’t work – and by 2017, 10 had fallen into receivership before being acquired by multinational media conglomerate CBS. Now, it's enjoying its best ratings in years. 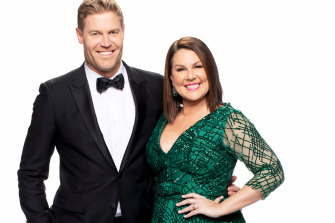 I’m a Celebrity, Get me Out of Here, hosted by Chris Brown and Julia Morris, delivered strong ratings to Network 10 over summer.Credit:

Ben Willee, general manager and media director of the Spinach advertising agency, attributes 10’s success to its rejection of the traditional 40-week ratings calendar, which excludes Easter and most of summer.

"This ridiculous ‘non-ratings period’ is a hangover from when the ratings were recorded in paper diaries and they didn’t collect them over the holidays," Willee says. "But the idea that a station can just put rubbish on air when people actually have the time to watch TV is really dangerous. And 10 has flipped that on its head by starting early with big shows like I’m a Celebrity, Get Me Out of Here."

That series cost substantially less than the rights to cricket’s Big Bash League, which last aired on 10 two summers ago, yet it rated better. Including online, catch-up and regional audiences, Celebrity averaged 1.13 million viewers – allowing 10 to aggressively promote Australian Survivor: All Stars. So far this year, Survivor is beating Seven’s My Kitchen Rules – a once-unthinkable achievement.

"We had growth towards the back of last year and we’ve used that momentum to keep building traction with Celebrity and Survivor," says Beverley McGarvey, 10’s chief content officer and executive vice president. "That’s helped our ratings across the board; our news is up, The Project is up and Gogglebox is up."

Still to air this year are dating shows The Bachelor, The Bachelorette and Bachelor in Paradise, as well as family-friendly offerings such as MasterChef, The Amazing Race, The Masked Singer and a second season of Survivor. 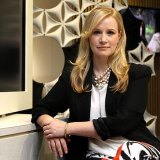 "Our audiences love constructed reality shows and even though Survivor and Amazing Race are competitive, the contestants are different to the people on show like The Bachelor," McGarvey says. "It’s important to have a broad range of characters our audience can connect to and the variety of our programs allows us to do that."

A new season of sleeper hit Have You Been Paying Attention? will begin soon, followed by local dramas Five Bedrooms and The Secrets She Keeps.

As tempting as it is to extend the seasons of successful shows, McGarvey must also consider their long-term viability.

"When we relaunched Survivor in 2016, we did it very carefully because we want it to be in our schedule for many years," she says. "The Americans have run two seasons of Survivor in one year so we know it’s do-able but we won’t do that every year. Rather than programming our schedule a year in advance, we’re trying to plan a number of years ahead."