Zendaya has no regrets over her response to red-carpet and television host Giuliana Rancic’s infamous comments regarding her 2015 Academy Awards glam.

For the ceremony, a then just 18-year-old Zendaya wore her hair styled in back-grazing dreadlocks, which she paired with a cream-colored off-the-shoulder gown and pearl drop earrings. Rancic infamously described the actress’s hair look as smelling “like patchouli oil … or weed” during her stint on the E! network’s Fashion Police. The incident led to Zendaya releasing a statement at the time condemning Rancic’s remarks. In response, Rancic later took to Twitter to apologize to Zendaya, saying that she never meant for her words to be considered racially insensitive.

“There is a fine line between what is funny and disrespectful,” wrote Zendaya on Instagram at the time, per People. “Someone said something about my hair at the Oscars that left me in awe. Not because I was relishing in rave outfit reviews, but because I was hit with ignorant slurs and pure disrespect.” 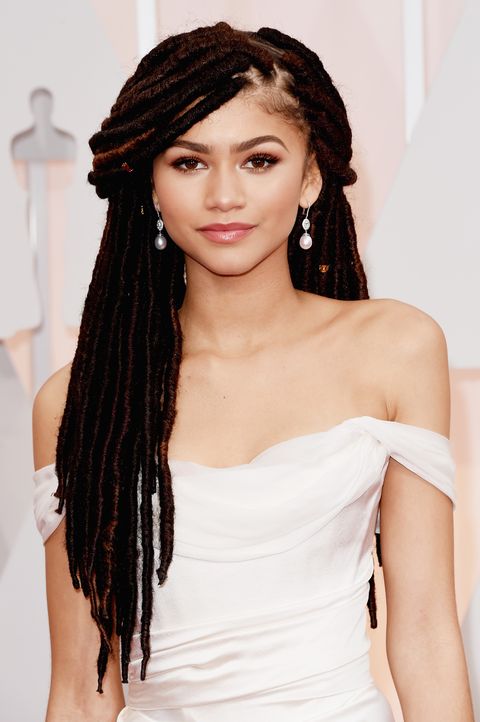 She continued, “To say that an 18-year-old young woman with locs must smell of patchouli oil or ‘weed’ is not only a large stereotype but outrageously offensive,” continued Zendaya. “I don’t usually feel the need to respond to negative things but certain remarks cannot go unchecked.”

Zendaya looked back at that early-career moment while speaking to W magazine for its April cover story. The actress described the time as a turning point for not just her own career, but for Hollywood as a whole, in determining what kind of commentary should not be tolerated toward actors of color.

“That’s how change happens,” she said. “And it made me think, How could I always have a lasting impact on what people saw and associated with people of color?”