Home » William, Kate Get Adventurous With Their Kids in Special Anniversary Video

Cheers to 10 years! Prince William and Duchess Kate marked their first decade of marriage with footage that showed the royal couple’s life at home like never before.

“Thank you to everyone for the kind messages on our wedding anniversary,” the pair wrote via Instagram on Thursday, April 29. “We are enormously grateful for the 10 years of support we have received in our lives as a family. W&C.”

A post shared by Duke and Duchess of Cambridge (@kensingtonroyal)

In the video, William, 38, and Kate, 39, explored the English countryside with their three children: Prince George, 7, Princess Charlotte, 5, and Prince Louis, 3. The kids wore coordinating green jackets and rain boots as they ran out to take in a picturesque beachside view. Gazing adoringly into each other’s eyes, the Duke and Duchess of Cambridge sat on the sidelines and took in the sweet family moment.

While Louis joked around with his mom and dad, George stuck his hands in his coat pockets and stared out at the ocean, hair blowing in the breeze.

As the montage continued, the young royals played in the yard at home, chasing their father through the grass and taking turns on a seesaw. Kate, wearing a casual red sweater and jeans, ran after her littlest son and scooped him up for a big hug.

The family of five went on to sit by a campfire and toast marshmallows together. The video ended with William and Kate sitting side-by-side, the future king wrapping his arm around his wife’s waist.

William and Kate tied the knot in London on April 29, 2011, with millions around the globe tuning in to watch their romantic vows. One day before celebrating their major marriage milestone, the couple shared two stunning portraits with their social media followers.

“10 years ?‍♀️?‍♂️,” they captioned one of the gorgeous Instagram photos, which showed the pair in matching blue outfits. 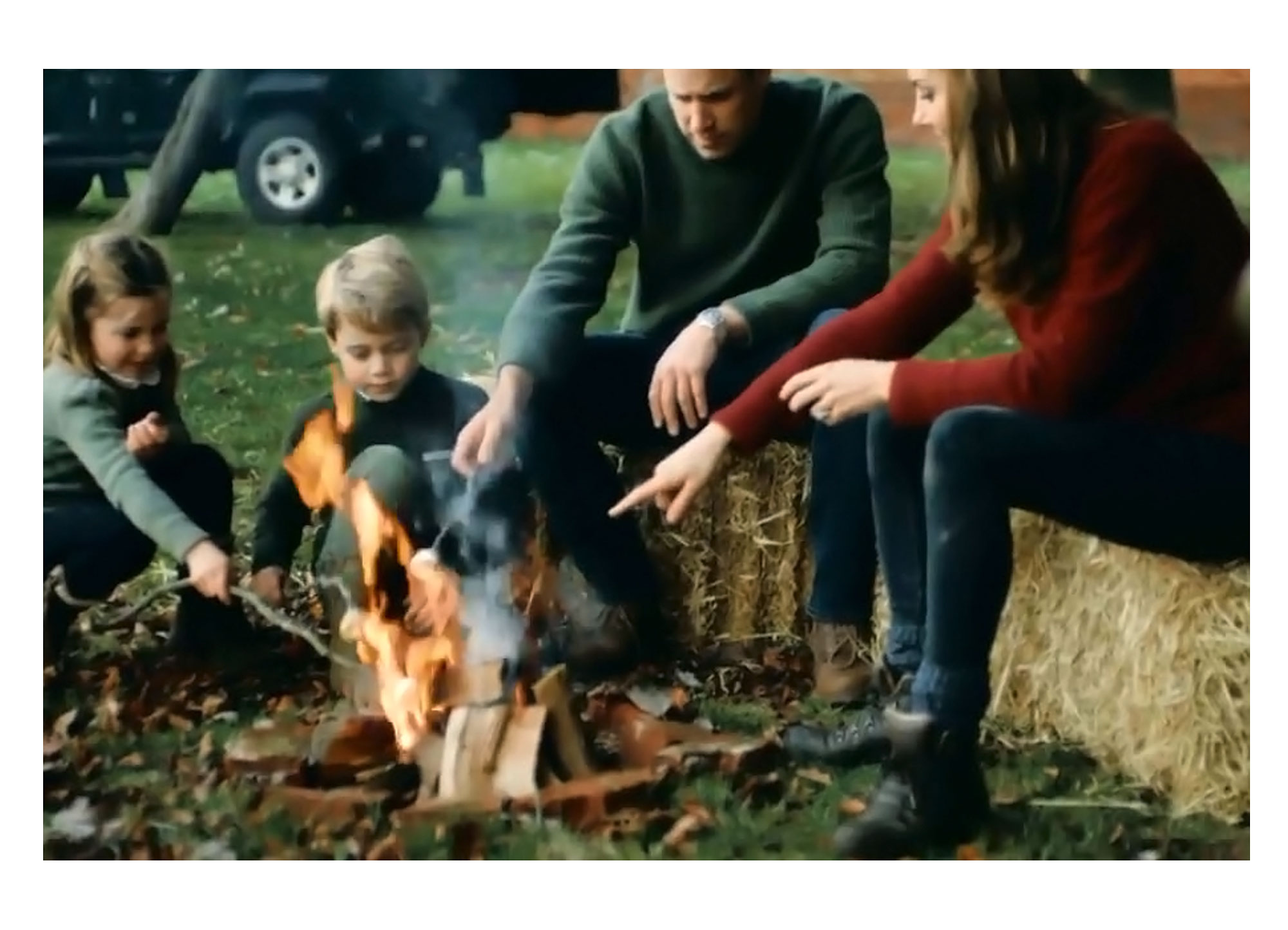 In the second picture, Kate rested her head on her husband’s chest as they embraced outside of Kensington Palace.

The duo’s royal wedding was an unforgettable moment for all involved — from the bride and groom themselves to those who worked hard behind the scenes to make the magic happen.

“We were very fortunate to be at the wedding that afternoon,” wedding cake designer Fiona Cairns told Us Weekly exclusively this month, noting that she’s received a few warm letters from Kate in the years since the big day. “It was the most spectacular, wonderful occasion. … There was a buzz of excitement, and it was a very, very special occasion. It was majestic and it was a huge historical occasion, but it also felt — I think it was because of the way it was interpreting the couple’s personal ideas — quite sort of intimate as well.”

Over the past decade, the twosome have built a “strong, solid marriage” that keeps them grounded even through their most challenging moments.

“They lean on each other for support during difficult times and will talk through their problems,” a source exclusively revealed in March, adding that Kate has always been her husband’s “pillar of strength.”