Tiger Woods is looking forward to spending time with his daughter Sam, 13, and son Charlie, 11, when he’s able to leave the LA hospital where he’s recovering from serious injuries he suffered in a car crash on Feb. 23.

Tiger Woods is recovering at Cedars-Sinai Medical Center in Los Angeles after he was involved in a single-car crash near LA last Tuesday. The 45-year old golf legend was initially taken to Harbor-UCLA Medical Center (located about 18 miles south of downtown Los Angeles), where he underwent emergency surgery for injuries in one of his lower legs. On February 25, ESPN confirmed that Tiger was moved to Cedars-Sinai, which is known for its privacy among high-profile patients, “for continuing orthopedic care and recovery.” While there, Tiger is focused on his recovery, and the eventual opportunity to reunite with his two kids: daughter  Sam Alexis, 13, and 11-year-old son Charlie Axel — who are staying with mom, Elin Nordegren in Florida.

“Tiger has been in contact with his kids, but while he recovers, he’s fine with them being with Elin in Florida,” a source close to the golf icon told HollywoodLife, exclusively, explaining, “He feels that it would be too dramatic for them to see their dad hurt. He’s reassured them that he’s getting better each day and everything’s going to be alright. Everyone’s taking things day by day.” 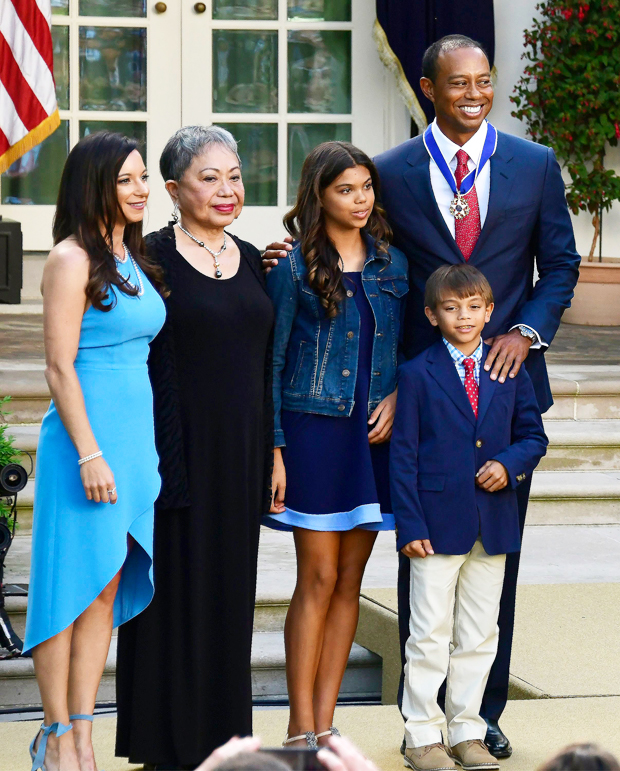 Tiger, who’s known to be private about his personal and family life, doesn’t want his kids exposed to the media scene that’s formed outside Cedars-Sinai since he transferred hospitals. “He doesn’t want the kids to be around all the media coverage,” the source said. “He doesn’t want the focus to be on his kids and photos of them being taken and all that. Also, there are obvious concerns about them visiting at the hospital amid COVID-19.”

Ultimately, “Tiger wants his kids to have a normal life as best as they can,” the insider continued, adding, “When things settle and he’s able leave the hospital, he will see his kids.” 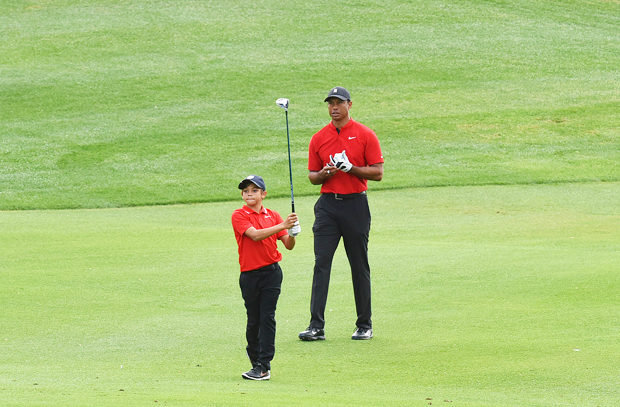 Tiger married Elin in 2004, and their divorce was finalized by 2010. The couple split after  Tiger’s infidelities went public in 2009.