Vivienne Jolie-Pitt visited a fabric store with Angelina Jolie and rocked a ponytail just like her older sister Shiloh.

Angelina Jolie, 45, and her youngest daughter Vivienne Jolie-Pitt, 12, were spotted getting in a shopping trip on Mar. 26 and it proved just how much the latter is growing! The actress; mini-me looked almost as tall as her mom while wearing a black hoodie, white socks, and black and white Nike sneakers. She also had her hair up in a bun similar to the one her sister Shiloh, 14, sometimes wears. 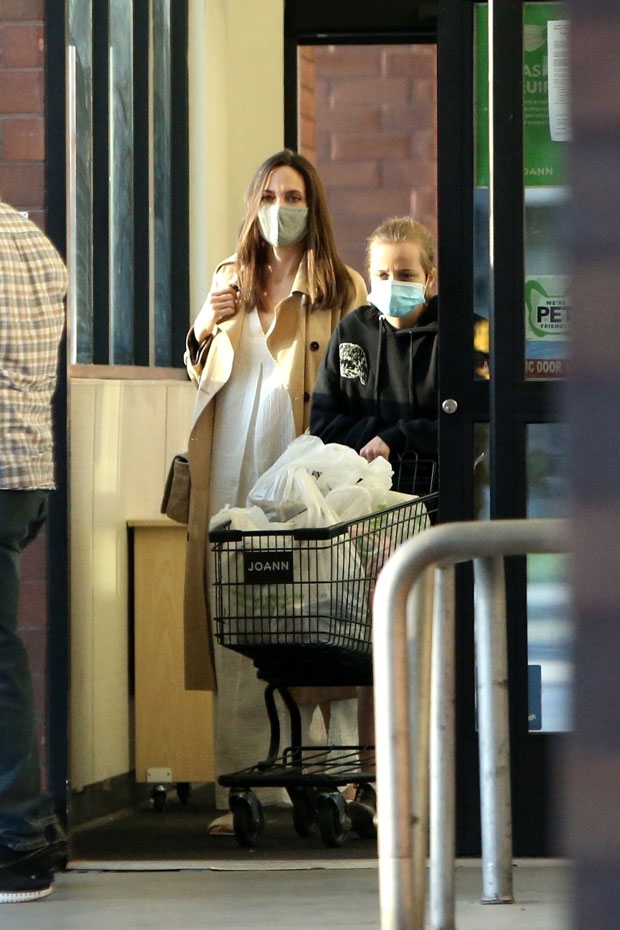 Angelina looked gorgeous in a long white dress under a long tan trench coat and white slip-on shoes. She had her hair down and appeared relaxed as she followed her daughter, who was pushing a cart outside. They both also wore face masks.

Angeline and Vivienne’s outing comes a week after the Girl Interrupted star made headlines for accusing her ex-husband and father of her six kids, Brad Pitt, 57, of domestic violence. In leaked documents released earlier this month, Angelina claims to have “proof and authority” to support her allegations and a source told us about the situation. 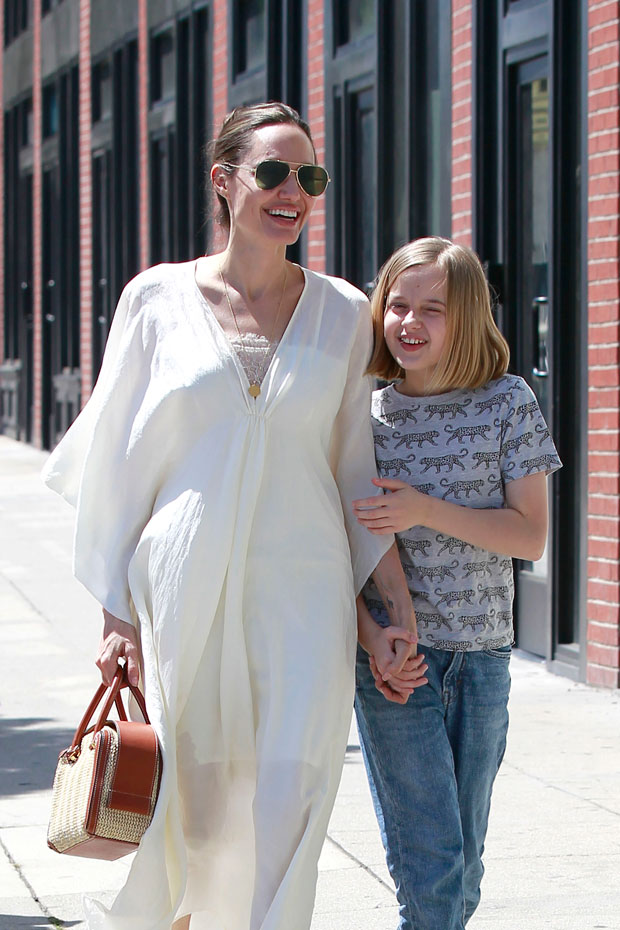 “This deliberate leak of this information is to no one’s benefit and is simply the continuation of an ongoing relentless effort to target and tarnish Brad,” the source EXCLUSIVELY told HollywoodLife. “Over the past four and a half years since the divorce filing there have been a never ending series of allegations, which seem to be solely to elevate one side by taking down the other. Hopefully some sanity will prevail in the future.”

Another leaked document in the case shows that Angelina seems to be bringing her and Brad’s children into the court battle. It says she has “proof and authority in support thereof RE: testimony of minor children” on her behalf and refers to Pax, 17, Zahara, 16, Shiloh, 14, and Vivienne and her twin brother Knox, 12. Their oldest son Maddox is already a legal adult at the age of 19.

Angelina and Brad were married in 2014 and split just two years later. Since then, they have been involved in a custody battle regarding their children and these latest leaked documents prove that they’re still privately going through disagreements.