As Kim Kardashian pursues her legal career and continues her fight for criminal justice reform, CNN’s Van Jones praised her for her ‘amazing’ work and her cunning legal mind.

“So, Kim Kardashian is studying law,” Ellen DeGeneres said to Van Jones when he stopped by the Monday (May 24) episode of The Ellen DeGeneres Show. Van, 52, appeared on the show to discuss his new documentary, The First Step, which details his efforts to pass a landmark criminal justice bill. Kim, 40, also appears in The First Step, since she is also active in criminal justice reform. When asked how Kim, who is apprenticing at Van’s legal organization #cut50, the CNN anchor had nothing but good things to say about her. “She’s doing amazing. She’s used her platform to help people behind bars,” said Jones.

“Her dad [Robert Kardashian] was a lawyer, and she always wanted to be a lawyer. And so, she decided once she got a taste of what [Kim] could do – using her platform, using her brain – she hasn’t let up. I think she’s going to be an unbelievable attorney. I already think she’s one of the best advocates that we have in criminal justice [reform].” 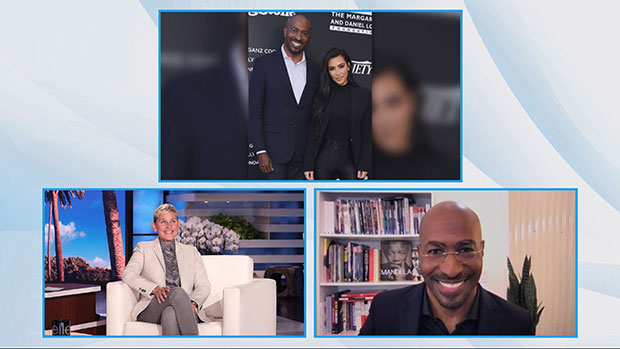 This isn’t the first time that Van has praised Kim for her work in criminal justice reform. “I love Kim Kardashian. I’ve got a chance to work with her side by side literally from the jailhouse to the White House,” he told HollywoodLife EXCLUSIVELY in 2019 when attending the premiere of Free Meek in New York City. “She is sincere. She is tough as nails. She is a very good advocate, and more people like Kim should speak up.”

Jessica Jackson, one of two attorneys who mentored Kim in 2020 in her bid to become a lawyer, told HollywoodLife that the Keeping Up with the Kardashians star was “extremely smart” and “extremely dedicated” to her studies. “She’s just very quick to pick up concepts, and it’s not that anybody should have a preconceived notion of her, but I think her dedication is surprising sometimes,” said Jessica. 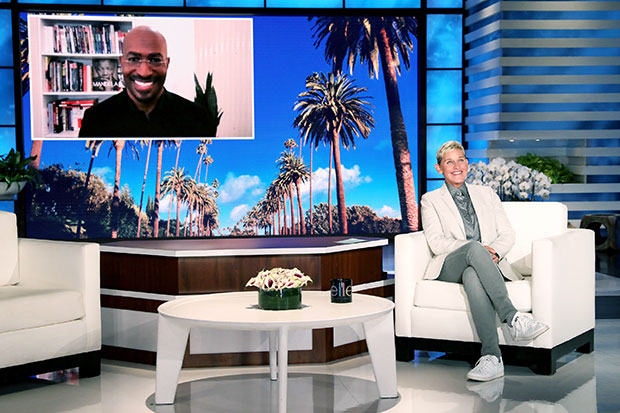 While Van said he was impressed with Kim’s progress in the legal world, the CNN anchor jokingly revealed to Ellen that he struggles to get the same admiration and respect from Cabral Jones and Mattai Jones, his children with ex-wife Jana Carter. “I’d like to think they’re proud of me, but then it turns out – not so much,” said Van. “For instance, I got a chance to take them to…an event. Beyoncé was there, Jay-Z was there, they got their pictures made, etcetera. So, I’m feeling like, ‘Hey, I’m the man!’ Take them home to see their mom, and the little guy goes up to Jana and goes, ‘Yknow? I feel really good about this night. Having a dad who’s a — like a D-list celebrity means, you get to meet real stars!’ So, no matter what you do, your kids are never going to be impressed, but I’m impressed with them.”