Usain Bolt is not letting that surname of his go to waste — especially as it pertains to his kids … including the two latest additions to his family, who’ve got names that really lean in.

The Jamaican track star rolled out a bit of a Father’s Day surprise Sunday, taking to IG to post a photo of his brood — including his GF, Kasi Bennett, his daughter, Olympia Lightning … and newborn twins, who go by Saint Leo Bolt and Thunder Bolt. One big Bolt-y family!

The two new kiddos kinda come as news to many — as it doesn’t appear many people knew he and Kasi were expecting. All the same, friends and fans sent him well-wishes in his comments.

Kasi, meanwhile, paid tribute to Usain herself, throwing up another shot from the shoot and adding this caption … “Happy Father’s Day to my forever love! @usainbolt You are the rock of this family and the greatest daddy to our little ones. We love you world without end!”

It’s unclear when exactly Kasi gave birth to the babies — but it appears to be somewhat recent. It also looks like the couple didn’t waste much time getting busy for more children — Olympia was born just last year … so she’s got her about 365 days on her siblings.

One last thing we should note … it seems like UB is going to be able to enjoy fatherhood fully at the ripe age of 34. He isn’t competing in the upcoming Tokyo Olympics … as he retired from competing a few years back, this after an incredible run and many, many gold medals. 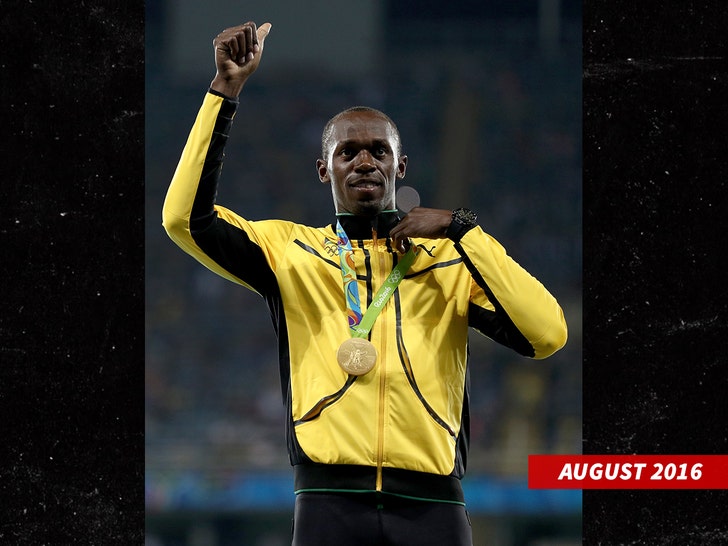