Ever alert to danger, in one swift manoeuvre Billy grabbed the actor by the neck and wrenched him away before swivelling to put the assailant in a headlock. All three of them tumbled backwards into the hotel doorway. It was only when they scrambled to their feet – with Billy still holding Tom and the “assailant” by the neck – that he realised his mistake. “Hey, Billy meet Penelope,’” the star said. The woman with Billy’s iron grip around her head was Penelope Cruz, the Mission Impossible actor’s new girlfriend.

“I was protecting Tom and I didn’t know about Penelope, I had no idea who she was,” Billy recalls sheepishly.

“My job was to take Tom into the hotel while making sure nobody got too close, but as we were stepping into the doorway, out of the corner of my eye I saw a flash of blue coming towards me too fast.

It was one of Billy’s earlier bodyguarding assignments in 2002, and the mix-up didn’t put him off, because in 2006 he quit the SAS to work full-time in Hollywood.

The decorated war hero’s first job was looking after A-list couple Brad Pitt and Angelina Jolie, who were desperate for someone to protect them and their children. Very quickly he became like part of their inner sanctum and lived with them for 18 months. 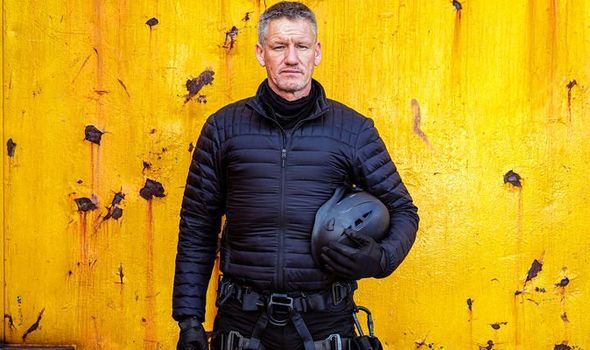 “Virtually every single night we’d have dinner together and have a joke,” he recalls. “Behind closed doors they’re as human and normal as everybody else. They get fed up, they get upset. They like to watch certain programmes, they like to have a laugh.

“We’d sit and have a coffee, or a couple of beers, we’d let our hair down together; I almost became part of the family and they trusted me with their secrets.

“I’d be there when they were chatting about what they were going to do next, or when they were having their personal issues. You need to be very close and know everything about them – their blood group, their clothes size, their medication and their problems.”

At times Billy even had to over-rule the now separated couple’s plans, most notably when they were ­making their way to a red carpet party ­during the Toronto Film Festival.

“I was in the car with Brad and Angie and we drove into a crowd,” he recalls. “If you get a massive crowd people get over-excited and you get a problem, because you can’t control the force of people rushing forward.

“We were getting overwhelmed and I thought, ‘S***, I’ve got to make a call here.’ 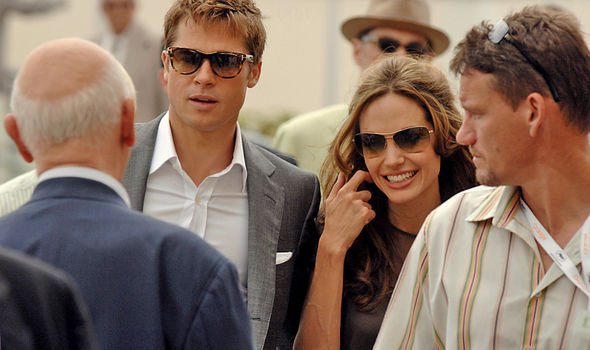 I said to the driver, ‘Stop the car and reverse out.’ I remember thinking, ‘They’re not going to be happy with this, because they have to be there.’

“They looked at me and said, ‘We’ve got to go forward, we’ve got to get to the red carpet.’

“And I went, ‘No, it’s not happening, it’s too dangerous, I can’t control it.’ I thought people could get hurt or killed or trampled. They said OK and we turned round and got out of there.”

Billy, 55, also worked for actors Jude Law and Sean Penn. But one of his all-time favourites is fellow Brit Michael Caine.

“What an awesome guy,” he says ­admiringly. “The most humble person I’ve ever met. He was working on the film King Of Thieves and I met his wife [Shakira]. We had a real mutual respect.”

On another occasion he was hired by model Kate Moss to provide security at the christening of her daughter Lila Grace. 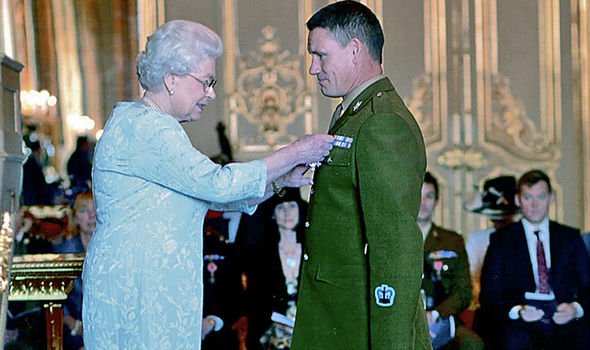 At the time, the Croydon-born supermodel was known as a bit of a handful, and one gets the impression it was more of a crazy showbiz thrash than the usual church and cake tea party but, ever discreet, Billy recalls: “I didn’t get to know her too well, it was a bit of a wild time, but she was respectful and it was fine.”

In the end, Billy quit the jet-set lifestyle to concentrate on his business ­providing security in Iraq. Then in 2016 he was hired to join fellow special forces operative turned TV personality Ant Middleton on Channel 4’s military show SAS: Who Dares Wins.

Back on screen for a sixth series on Sunday night, a new group of 21 men and women will be put through their paces on an unforgiving training course designed to ­replicate SAS selection. This year’s course is billed as the toughest in the show’s history and leaves many of the tearful recruits shaking with fear, cold and exhaustion.

This year’s contestants include lawyer Rebekah, 43, who was raised as a Mormon, circus performer Holly, 32, a 6ft 4ins transgender woman, and Connor, 30, a professional Irish dancer.

And Billy – who has a reputation for being the scariest of the instructors, or Directing Staff as they are known on the show – refuses to feel pity for them. 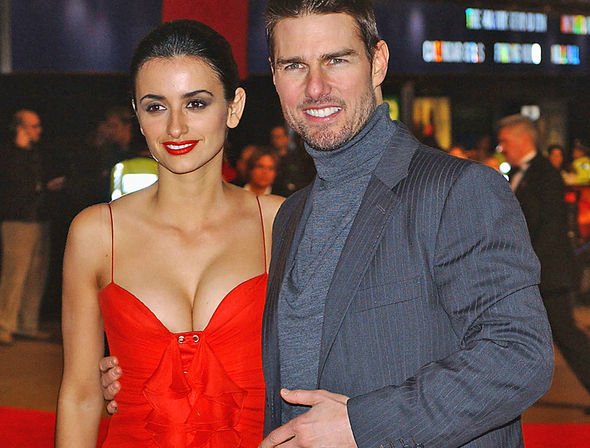 “They volunteer to step into this arena,” he reasons. “They knew what they were ­letting themselves in for. We shout at them to instil fear and also to motivate them. If we speak to them loudly, sharply and aggressively, they react and that’s what we want.”

Amongst the challenges are a CS gas attack and a 130ft abseil off an oil rig into near freezing water.

“They’ll be out of their comfort zone. They’ll experience deprivation, they’ll be wet and they’ll be cold,” Billy warns. “It tests them both physically and mentally.”

It doesn’t sound like a barrel of laughs, so what does Billy enjoy about it?

“I love the camaraderie with the guys, it’s like being back in the military, but more so.

“And I like pushing people to their limits. Not to break them, but to improve them. 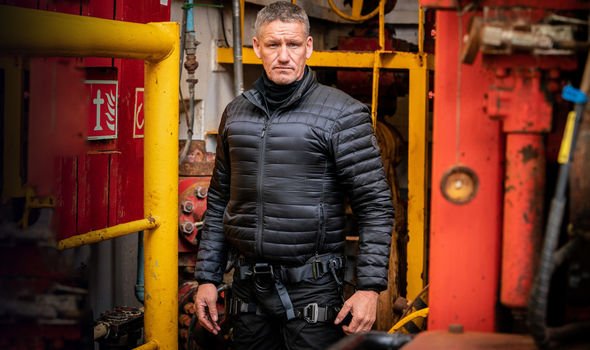 “They all walk away as a better person and that makes them feel good and makes me feel good.”

Billy, from Walsall in the West Midlands, joined the army as a teenager, with a story that may sound ­familiar. He’d been stabbed at the age of 15, and got mixed up in gangs.

“I grew up in poverty, I was a naughty kid, I was in a lot of trouble and I needed discipline and direction,” he says frankly.

He found it by joining the Parachute Regiment in 1983, and then passed SAS selection in 1991, working with the unit in Iraq and Afghanistan.

He won the Queen’s Commendation for Bravery after capturing an IRA sniper by using himself as bait and received an MBE for leading an SAS mission to rescue a British hostage in Iraq.

Since leaving the military he has never been busier. His first novel Call To Kill will be published later this month and he has also been filming the Australian version of Who Dares Win. 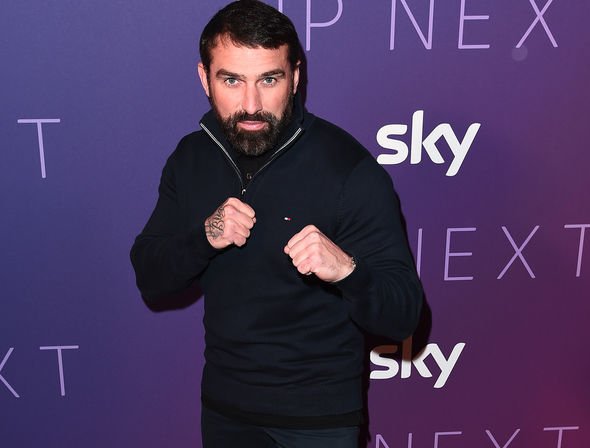 The new British series will be one of the last featuring Ant Middleton, who has been dropped from future shows over his ­“personal conduct”. Middleton, 40, was ­criticised over his Twitter posts about ­protests by Black Lives Matter and the English Defence League, and an Instagram post ­suggesting he was unwilling to follow some of the lockdown rules.

Announcing it would no longer be working with him, Channel 4 said his “views and values” did not align with theirs. Ant said it had been a “brilliant experience” but he would now focus on other projects.

But Billy is not fazed by the fall out and thinks the show will do well without its ­original chief instructor. “Nothing shocks me,” he says. “We’ll miss him, but the show is big and we’ll move on. It will be different, but that’s life. The show will be as good and it can always get better.”

Mark lives with his American-born wife, dividing his time between Florida and Herefordshire, home to his five daughters, son and three grandchildren, aged five, four and three.

“When my kids were growing up I was in the SAS. I was away and I didn’t have time, but I love being a grandad,” he smiles proudly. As besotted as he is however, Billy refuses to drop the hard man image, even at home. “The grandchildren are fantastic and of course I’m a softie with them, but I don’t show them that,” he laughs. “I get them out in the woods and away from the TV. I make them do things and they love it.

“But they’re tough little things and they can wrap me round their little fingers. I can shout at them as much as I want and they go, ‘Shut up Granddad!’”

Chips off the old block, by the sound of it.