Tom Hanks and Rita Wilson are among several celebrities who have caught coronavirus. Worldwide there have been over a quarter of a million cases detected so far. Of that shocking statistic, in excess of 9,200 have died and more than 85,000 recovered as of midday Thursday. Tom and Rita were in Australia working on individual projects when they were diagnosed with COVID-19. They were released from a Queensland hospital on Monday and have since gone into self-isolation. Now the couple, who have been married for 32 years, have been sharing hilarious posts about their experience of being locked in together – including one hilarious off-the-cuff-comment from Rita.

Hollywood stars including Tom Hanks, Rita Wilson and British actor Idris Elba, have been trying to keep up spirits since being told they have coronavirus.

Through social media they have shared their struggles alongside moments of joy and frustration – in a bid to normalise the experience of self-isolation.

This comes as the UK plans to close schools tomorrow and London prepares for a lockdown – with tube stations, pubs and restaurants set to shut.

On Tuesday, Tom Hanks tried to connect with those who were finding it hard to live in isolation by revealing that he too felt “the blahs”. 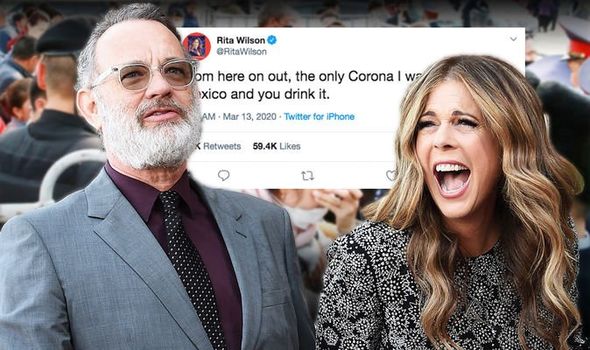 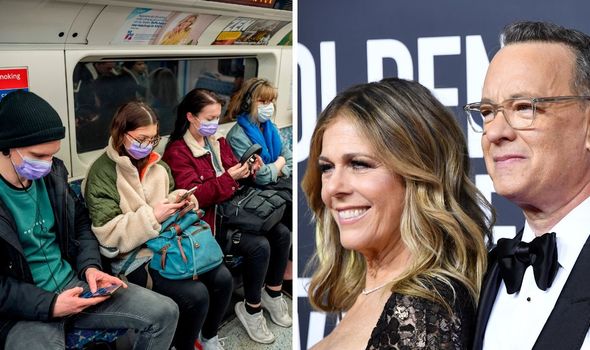 Last week, it was announced that Tom and Rita had contracted the virus while in Australia.

Tom was there filming for a currently untitled Elvis Presley film, directed by Baz Luhrmann for Warner Bros studios.

The Forrest Gump star will play the singer’s manager Colonel Tom Parker in the upcoming movie.

Meanwhile Rita was touring the country as part of a promotion for her new album ‘Halfway to Home’.

JUST IN: Idris Elba shock: How star would ‘throw away career for his daughter’ 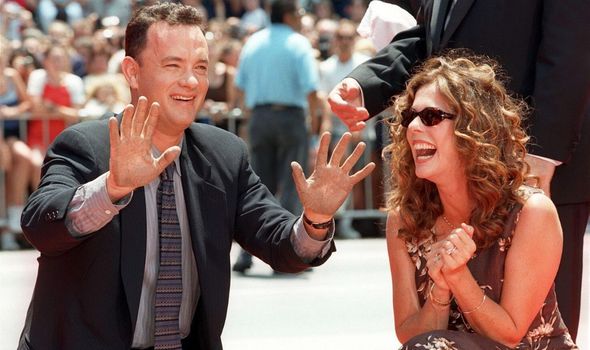 On Tuesday, Tom joked on Instagram: “Folding the laundry and doing the dishes leads to a nap on the couch.”

He also wrote: “Bad news: My wife @ritawilson has won 6 straight hands of Gin Rummy and leads by 201 points.

“But I have learned not to spread my Vegemite so thick.”

In another post he shared a photograph of his antique Corona typewriter.

The Hollywood pair, both 63, have shared their amusing experiences of living in lockdown together. 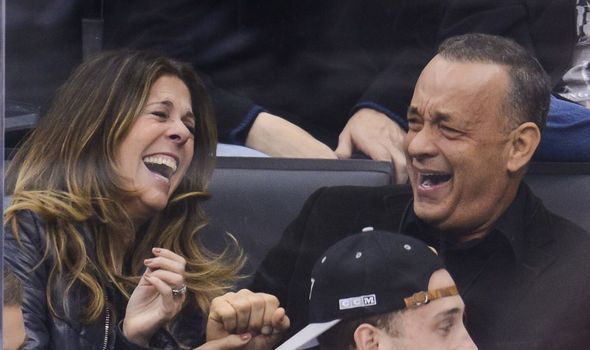 In a hilarious tweet last Friday – March 13 –  Rita poked fun at the name coronavirus, scientifically referred to as COVID-19.

She wrote: “From here on out, the only Corona I want is from Mexico and you drink it.”

Rita’s tweet was liked more than 59,000 times and retweeted nearly 4,000 times, as of midday Thursday.

Among a sea of well-wishers’ responses were several tweets embracing the light-hearted nature of her post.

These included one Twitter user who made a pun on the word ‘physical’ – a US term for medical checks carried out by a doctor.

They wrote: “Some of us are old enough to remember when Corona was a fizzy soft drink and every bubble had passed its fizzical[sic]!”

Another added: “I feel like you and Tom could nab a sweet endorsement deal with @corona right now.”