Most Hollywood types say, “Let’s do lunch” … but for Tom Cruise, it’s “Let’s do LAUNCH” — and now he knows when he’ll make his virgin voyage to space to film a movie.

Tom’s hitching a ride on a SpaceX Crew Dragon rocket and capsule to the International Space Station in October 2021 to start filming in orbit … according to the 2020-2023 ISS official manifest.

Mr. “Mission Impossible” will be joined by “Edge of Tomorrow” director Doug Liman as the pioneering film project gets underway. 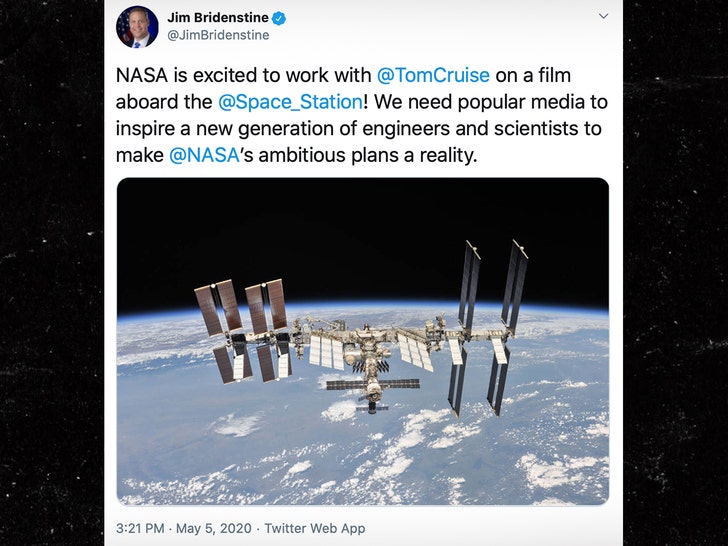 As we reported … Tom is working hand in hand with SpaceX honcho Elon Musk and NASA to film an action-adventure flick aboard the ISS. The film, which will become the first shot in outer space, is reportedly NOT a “Mission Impossible” flick.

Hopefully, Tom takes some sage advice from retired astronauts Scott Kelly and Roy Bridges Jr. ahead of his big adventure … remember, the famous astronauts say boning up on toilet science is extremely important!!!