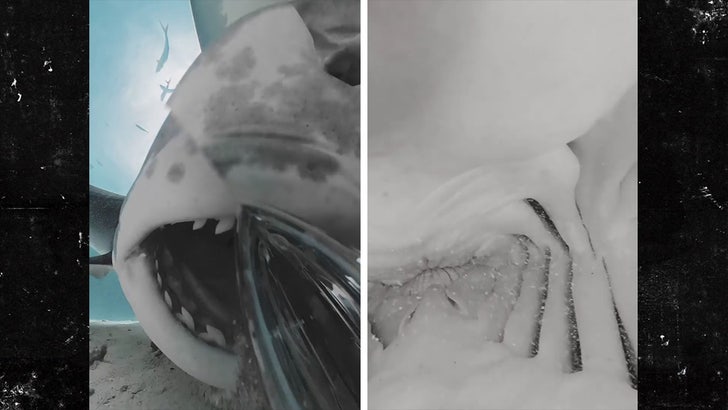 Ever wonder what it’d be like to get eaten by a shark? Now you can see, and it ain’t pretty.

Divers plopped a cam in the sand in the Indian Ocean … with hopes of capturing footage for a documentary about shark conservation in the Maldives. They got way more than they bargained for.

The shark gobbles up the camera and the view is literally jaw-dropping!!!

The filmmaker, Zimy Da Kid, told CNN, “The shark just passed by, saw this shiny thing, was like, ‘Oh, what is that?”

In case your wondering, the camera-eater is a tiger shark, which are super aggro.

Zimy says these sharks are up for eating anything, so it wasn’t a huge surprise this one had its Kodak moment.

Zimy says the documentary is important because the world needs an accurate depiction of sharks, rather than the make-believe version in “Jaws” and other films.