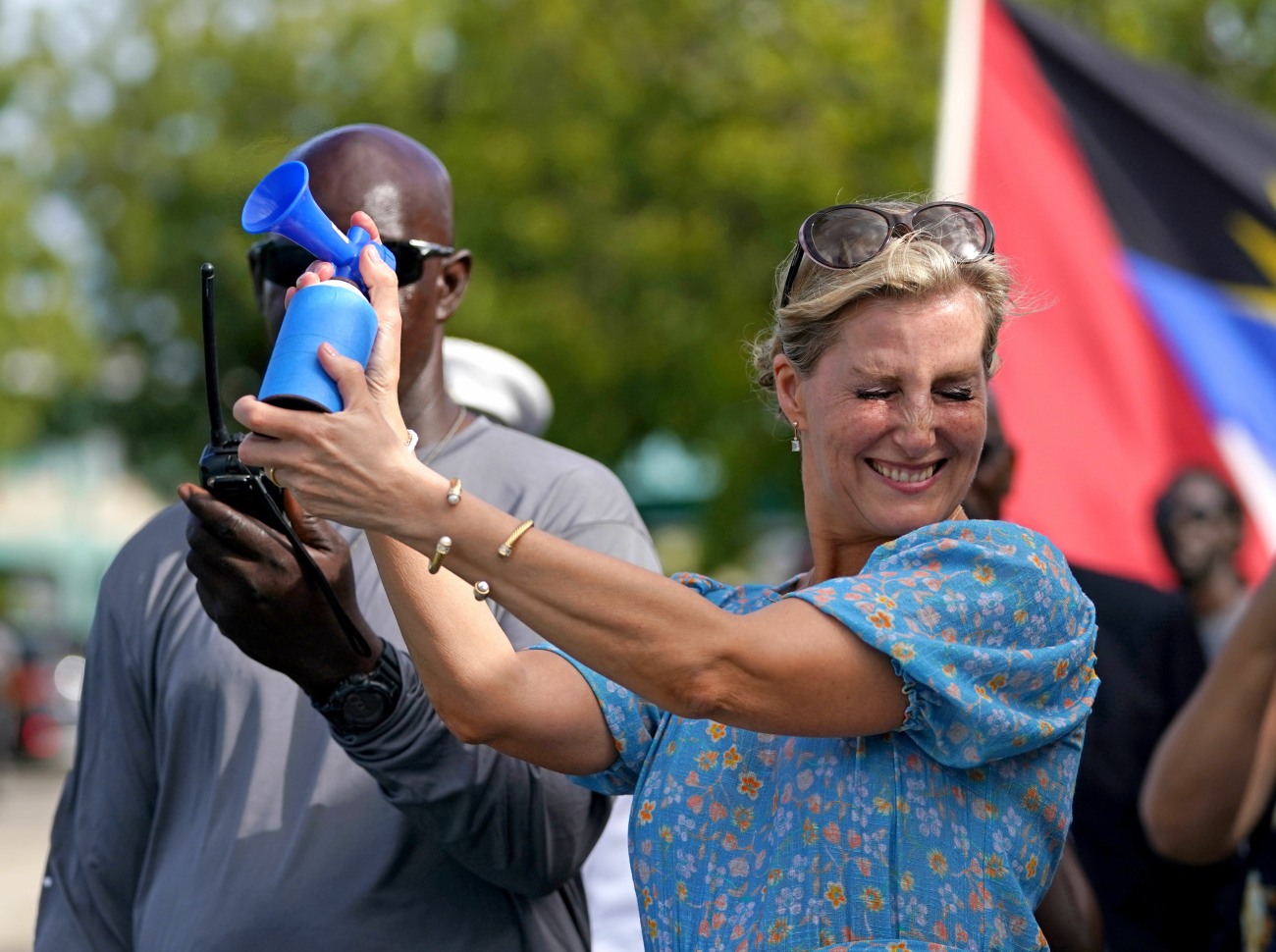 What lessons were learned from the Duke and Duchess of Cambridge’s Caribbean Flop Tour? What lessons should have been learned? I fear that the lessons learned were that the Earl and Countess of Wessex should not strut around Caribbean nations in colonialist couture. I fear that the lesson which should have been learned were “the British royal family needs to be much more responsive and diplomatic with Caribbean nations.” Sophie and Edward are not getting it done. Although I’ll say this: their Caribbean tour is such a stage-managed, boring affair that the only photos people see are coming through royal channels (for the most part) and those photos show much, much better imagery than the Cambridges’ tour. Too bad that every Caribbean nation on the Wessexes’ tour has used their visit to highlight the need for reparations and the need for Commonwealth nations to become republics and dump the monarchy entirely. Speaking of!

Saint Kitts and Nevis has become the latest Caribbean nation to indicate it wants to part ways with the British monarchy and become a republic – just as Prince Edward and his wife Sophie end a tour of the region in celebration of the Queen’s Platinum Jubilee.

Shawn Richards, the dual-island nation’s deputy prime minister, said the country should review its ties to the Queen as he launched a joint political bid to replace rule the island. It follows a similar decision last year by Barbados.,

“The advancement of the decades has taught us that the time has come for St Kitts and Nevis to review its monarchical system of government and to begin the dialogue to advance to a new status, just as Trinidad, Guyana, Dominica and now Barbados have done,” Mr Richards told reporters. “All political parties, along with civil society and the youth, will have an opportunity to guide the way forward,” he added.

Mr Richards made the declaration as he and five of his cabinet colleagues lodged a motion of no confidence against the nation’s prime minister, Timothy Harris.

It comes as campaigners have called on the British government to stop sending royals overseas, and on the Commonwealth to sever ties with the monarchy. Meanwhile the Earl and Countess of Wessex have been met with calls for slavery reparations throughout their trip to Antigua and Barbuda, St Lucia and St Vincent and the Grenadines; in the latter country, some protesters gathered, displayed banners such as “Britain your debt is outstanding”, “compensation now” and “end to colonialism”.

The pressure group Republic said Prince Edward demonstrated a “contemptible lack of interest” in issues raised by Antigua prime minister Gaston Browne during a meeting on Monday. When Mr Browne raised Britain’s colonial legacy and the issue of reparations with Edward and Sophie, the earl responded with jokes, adding that he hadn’t been taking notes and so wouldn’t be responding in full. The prince also jibed about how he regretted that Prince Charles got to meet disaster-struck residents of Barbuda impacted by a 2017 hurricane, and not him. The prime minister did not laugh at any of the jokes.

The Independent also quotes Graham Smith at length, calling Edward “arrogant and contemptible” for his “jokes” with Gaston Browne, and Smith pointed out (lol) that this “shows again that the royals are not cut out for diplomacy. It has always been the case, but until now host nations have been too polite to put them on the spot… More astute, sincere and accomplished visitors would have been able to engage with those issues, not simply dismiss them.” Yeah, I agree with all of that.

I’ll say this again… I think it was deeply insulting to these Caribbean nations that they were sent such lightweight royals. You had William and Kate, keening and preening around in their colonialist cosplay, oblivious to how horrible they were and incapable of steering out of disaster. Then they sent Sophie and Edward, two of the most deeply boring and unimportant people ever. While I know this was all a scheme by Charles to make fools of his problematic relatives, I do think we should ask WHY he didn’t go to these countries himself? 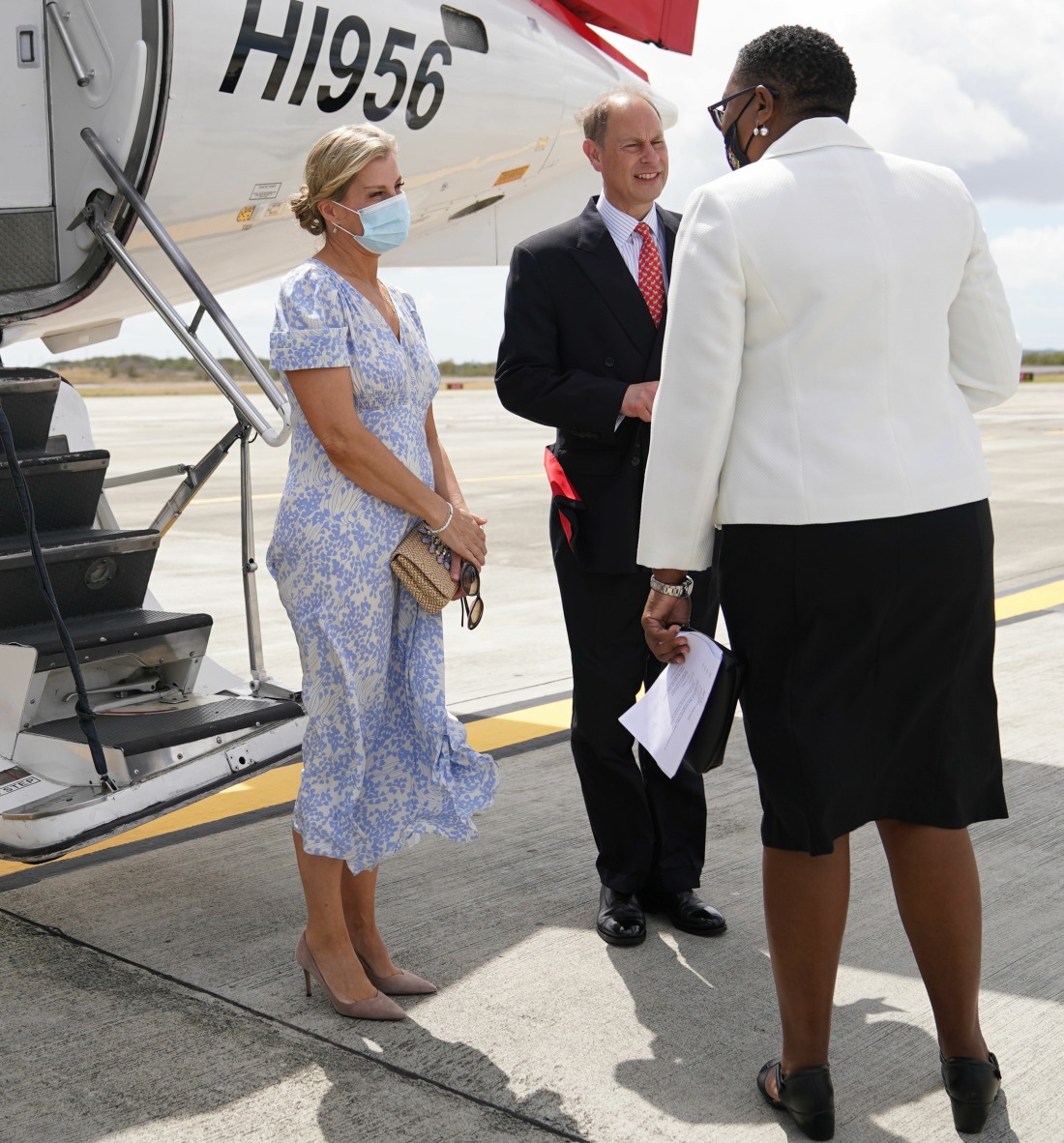