Queen Elizabeth has been the queen for a long time. Obviously. Heck, they even made a whole show about it. And one queenly tradition you may have been hearing about lately is the Queen’s Jubilee, which is just a fancy way to refer to the anniversary of a monarch’s reign. Queen Elizabeth will be celebrating her Platinum Jubilee in 2022, marking 70 years since her official coronation. Which is a very long time!

So, if this anniversary is so important, why is it the Platinum Jubilee and not something more traditional like, say, gold? Glad you asked! The queen celebrated her Golden Jubilee in 2002, which was the 50th anniversary of her reign. Also a very long time!

Queen Elizabeth’s Golden Jubilee was actually a standout anniversary for a few reasons, aside from the obvious ones. Let’s break down a few important facts about this celebration that you may not know. Here’s what happened.

The queen's Golden Jubilee was a very big deal 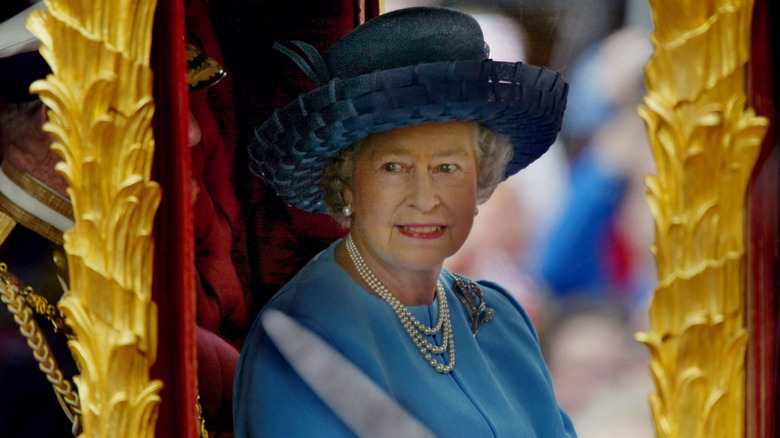 For starters, even though it was the Golden Jubilee, the year was hardly a jubilant one for Queen Elizabeth — and it wasn’t even certain that the celebrations would continue as planned. That’s because the queen’s sister, Princess Margaret — and her mother, Queen Elizabeth The Queen Mother — died in February and March of that year, respectively. However, Queen Elizabeth’s celebrations went forward, and she visited countries all across the Commonwealth, including Canada and Australia.

Some of our other favorite fun facts about the Golden Jubilee, per the official site, are that during the celebrations Queen Elizabeth visited the set of a British soap opera, “Emmerdale,” and made the acquaintance of Ozzy Osbourne and Def Leppard — which we really wish we could have seen for ourselves. Plus, the album “Party at the Palace” — which was a live record of the concert held for her Jubilee, featuring artists like Paul McCartney, Queen, Eric Clapton, and more — was certified gold, which was definitely fit a queen (and for her Golden Jubilee).