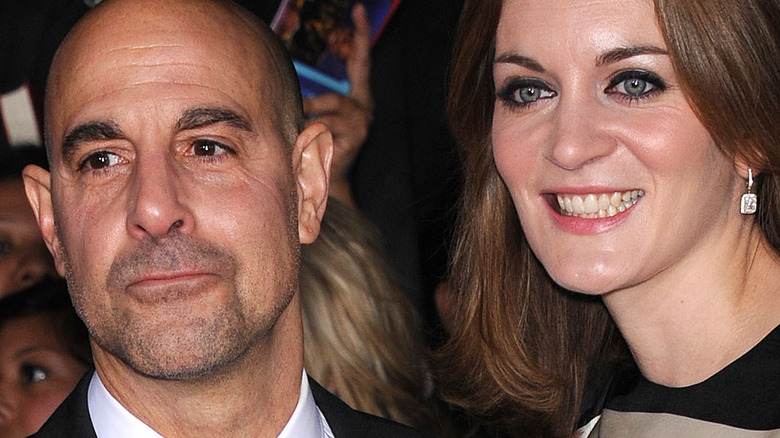 “The Devil Wears Prada” isn’t the only major connection Stanley Tucci and Emily Blunt have. The two actors are actually in-laws. It was at Emily’s 2010 wedding to “The Office” star John Krasinski where Tucci met her older sister, Felicity Blunt, according to Oprah Daily. The two really hit it off and ended up marrying two years later in 2012.

“The Hunger Games” actor actually recently admitted on Marc Maron’s “WTF With Marc Maron Podcast” that he and his late wife, Kate Tucci, had met Felicity years prior. According to People, Stanley said that Emily had brought her sister to “The Devil Wears Prada” premiere, and Felicity “and Kate talked at the premiere that night.” Stanley said he even has “a photo of them together, which is so odd.” The actor and his first wife married in 1995, and in 2009, Kate died of breast cancer, according to Hello! magazine.

While Stanley Tucci has said that “it’s still hard” dealing with the loss and he felt “guilty” after he first proposed to Felicity, he knows that his first wife wouldn’t want him to “wallow in that grief.” And he has truly found happiness with Felicity, but other than being Stanley’s wife and Emily’s sister, who exactly is Felicity Blunt?

Felicity Blunt is super supportive of Emily and Stanley 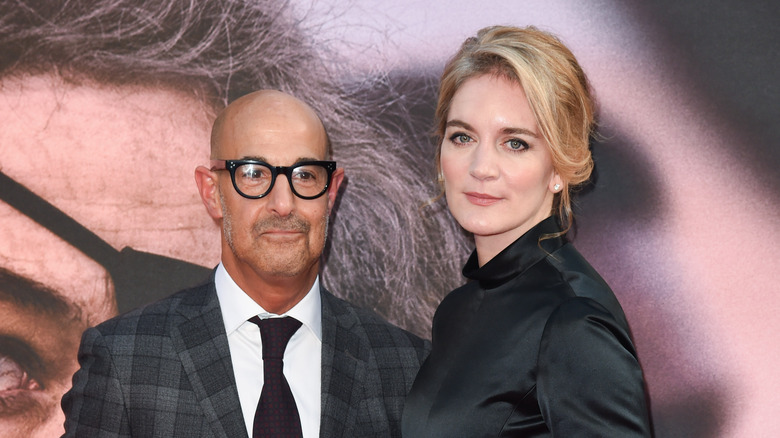 Unlike her sister and husband, Felicity Blunt is not an actor. She is actually a London-based literary agent at Curtis Brown, according to Marie Claire. She represents authors like Rosamund Lupton, Renee Knight, and Laura Marshall, per The Sun, and even promotes her clients on her Twitter. While she may be a more private person with a private Instagram account, Felicity has been spotted on a lot of red carpets supporting both her sister and husband. She even just tweeted back in March 2021 about the 15th anniversary of “The Devil Wears Prada” with a blooper reel saying that the movie is “still funny” (via Twitter).

You can add “mother” to her ever-growing resume as well. Felicity and Stanley share five children together. Three of the five children are from Stanley’s first marriage — twins Isabel and Nicolo, and daughter Camilla (via Closer Weekly). Then, in 2015, the couple welcomed their first child together, Marco, followed by daughter Emilia Giovanna in 2018 (via USA Today).

While Felicity’s Instagram may be private, Stanley is often posting on his account. Recently, the actor has been promoting his memoir, “Taste: My Life Through Food,” which is about his “life in and out of the kitchen” (via Simon & Schuster). The actor and his wife actually released a cookbook of their own in 2020 titled “The Tucci Table: Cooking With Family and Friends,” which gives a little glimpse into the home life of the adorable couple.