John Gabriel, the actor best known for his role as Dr. Seneca Beaulac on ABC’s “Ryan’s Hope,” has died. He was 90 years old at the time of his death, according to the New York Post.

Although his cause of death is unknown at the time of this writing, his daughter Andrea took to Instagram to pen a touching tribute in honor of her father. “It is with an unspeakably heavy heart that I share the news of my father’s passing. John Gabriel was my hero, my role model, and my champion, but above all, my daddy…I will love you forever.”

Gabriel was born on May 25, 1931 in Niagara Falls, New York as Jack Monkarsh to immigrant parents. His father was born in what is now Israel and his mother “was of Polish Jewish/Russian Jewish descent,” per the outlet. In addition to Andrea, Gabriel is survived by his wife Sandy, daughter Melissa, and two grandsons. Keep reading for more details on his accomplished career.

John Gabriel left his mark on the entertainment industry 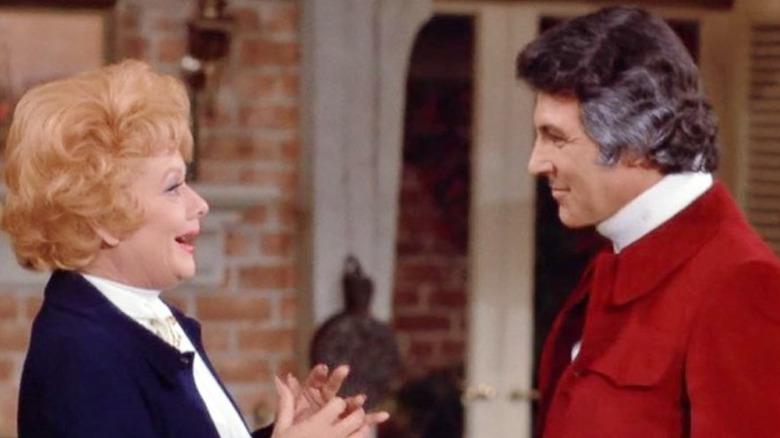 Before John Gabriel hit it big on the soap opera “Ryan’s Hope,” he played the Professor in the 1964 unaired pilot of “Gilligan’s Island,” according to IMDb. He had a hard time losing the part to Russell Johnson, however. “It was the first time in my adult life that I remember weeping,” he said (via The Hollywood Reporter). “And I think part of that has to do with the fact that I built this thing up to such a degree it was going to be my breakthrough.”

Gabriel moved on and, from 1973 to 1975, he appeared on “The Mary Tyler Moore Show” as sportscaster Andy Rivers, according to the New York Post. He also starred on “The Untouchables,” “Here’s Lucy,” “Days of Our Lives,” “77 Sunset Strip,” “General Hospital,” “Kate & Allie.” Gabriel also made his mark in movies with the 1966 film “El Dorado,” where he wrote the title song. He also lent his talents to Broadway, earning roles in “The Happy Time” and “Applause.”

If that’s not impressive enough, Gabriel sang on talk shows like “The Ed Sullivan Show,” “The Merv Griffin Show,” “The Mike Douglas Show,” and “Live with Regis and Kathie Lee.” In 1995, he produced Charles Grodin’s CNBC talk show.

It’s clear Gabriel’s impact on the entertainment industry will be felt for generations to come.