The Crown Series 4: Rising actor Tom Byrne ‘is cast to play a young Prince Andrew’ during the scandal-ridden Royal’s days as a popular pinup

Rising actor Tom Byrne has reportedly been cast to portray a young Prince Andrew in The Crown’s upcoming fourth season.

The 25-year-old thespian, a graduate of the Bristol Old Vic Theatre School, has been recruited to play the scandal-ridden Royal during his days as a popular pinup, according to The Sun.

A source told the publication: ‘Tom probably couldn’t believe his luck when he was he landed a part playing a senior member of the royal family. 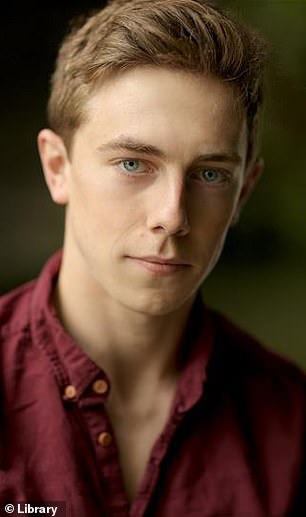 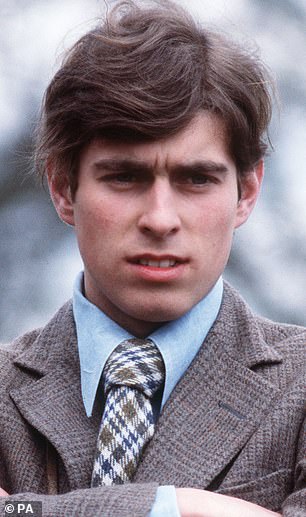 ‘After all, he’s yet to land a major TV role and the Netflix show is one of the most-watched dramas on the planet.’

Tom, who has performed with the Royal Shakespeare Company and appeared on popular anthology series Black Mirror, is said to be playing the young Duke of York as he courts and weds Sarah Ferguson.

MailOnline has contacted representatives for Tom Byrne for comment.

Prince Andrew was forced to step down from royal life last year after his disastrous Newsnight interview with Emily Maitlis about his relationship with Jeffrey Epstein. 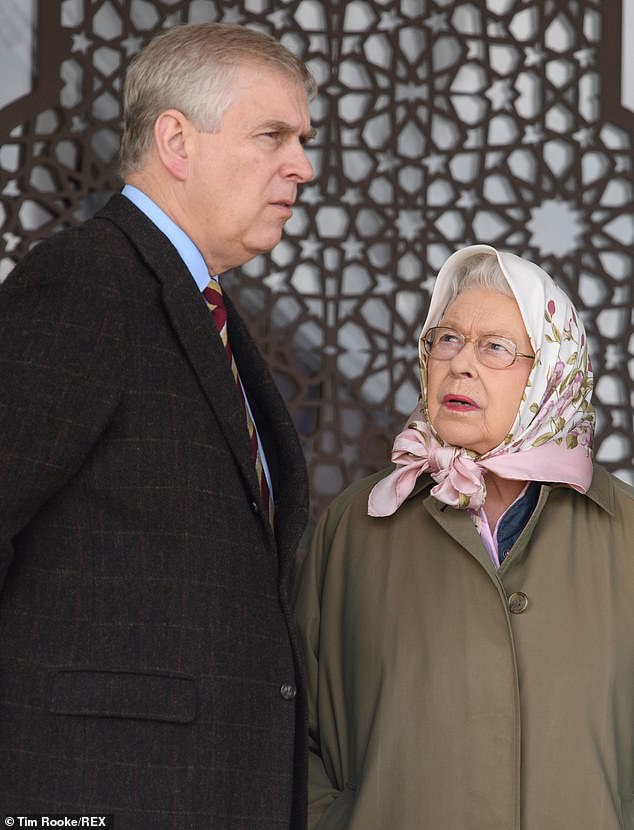 Interview: Prince Andrew was forced to step down from royal life last year after a disastrous interview about his relationship with Jeffrey Epstein. Pictured with Queen Elizabeth II in 2017

Virginia Roberts Guiffre, who now lives in Australia, claims she had sex with Prince Andrew three times, including once when she was 17.

She says he was groomed by Maxwell and became paedophile Epstein’s sex slave.

Andrew, a father-of-two, denies having any relationship with her whatsoever and claims a photograph of them together in London has been doctored.

Meanwhile, Josh O’Connor was recently seen returning to his role as Prince Andrew’s brother Prince Charles as he shot scenes for the drama at London’s British Museum. 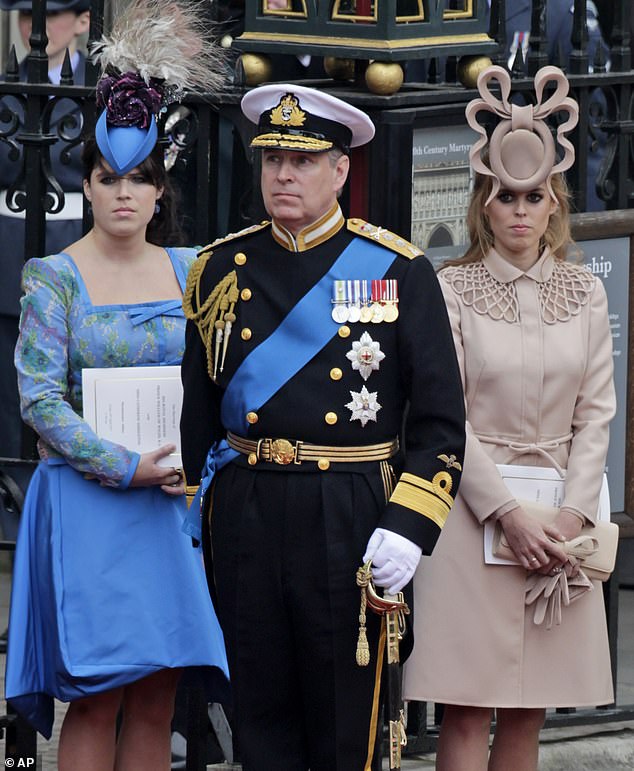 Dad: The scandal-ridden Royal is the father of Princesses Princess Eugenie, left, and Princess Beatrice, right. Pictured in April 2011

The actor, 29, looked dapper for the scene, wearing a dark grey blazer and matching trousers along with a pale blue shirt and a dark, patterned tie.

Josh looked well and truly in character for the scene, which comes after his co-star Emma Corrin, who plays Princess Diana, has been spotted filming in recent weeks.

Prince Charles will once again take centre stage in The Crown’s fourth series, which will document his meeting and marriage to Lady Diana Spencer.

The couple married in 1981 in a lavish ceremony at St Paul’s Cathedral and went onto have sons William and Harry.

Also starring in the upcoming fourth series of the show are Olivia Colman returning as Queen Elizabeth II, Helena Bonham Carter as Princess Margaret and Tobias Menzies as Prince Phillip. 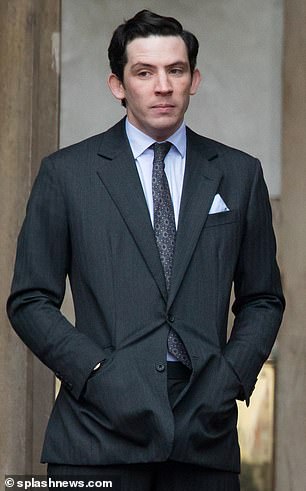 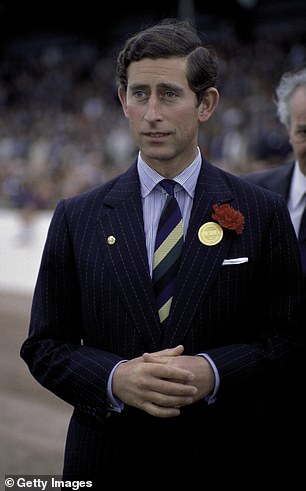 On location: Josh O’Connor, 29, looked the spitting image of a young Prince Charles as he filmed scenes for the Netflix series at the British Museum in London recently

It was recently revealed The Crown will end after its fifth season, with Imelda Staunton taking the throne as the critically-acclaimed show’s final Queen.

Show creator Peter Morgan confirmed the Netflix drama – currently airing its third season with Olivia in the regal role – would not include a sixth season while revealing Imelda, 64, will take the role ‘into the 21st century’.

This means that current Royal scandals including the allegations made against Prince Andrew as well as Prince Harry and Meghan Markle’s ‘Megxit’ drama won’t be featured on the Netflix hit.

Harry Potter star Imelda said: ‘I have loved watching The Crown from the very start. As an actor it was a joy to see how both Claire Foy and Olivia Colman brought something special and unique to Peter Morgan’s scripts. 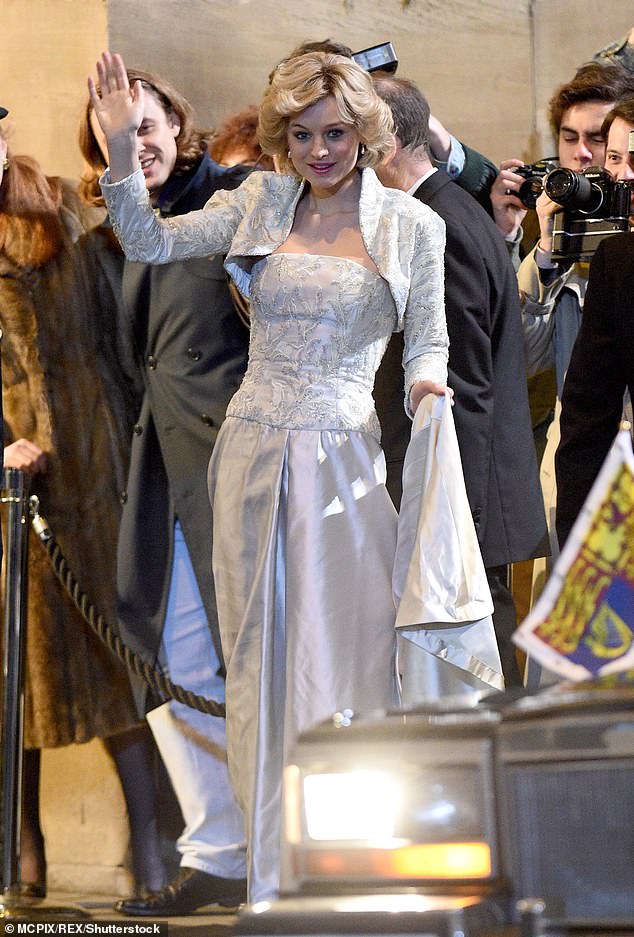 ‘I am genuinely honoured to be joining such an exceptional creative team and to be taking The Crown to its conclusion.’

Peter said: ‘I’m absolutely thrilled to confirm Imelda Staunton as Her Majesty The Queen for the fifth and final season, taking The Crown into the 21st century.

‘Imelda is an astonishing talent and will be a fantastic successor to Claire Foy and Olivia Colman.’

Peter has also now revealed he decided against making a sixth season of The Crown because there ‘has to be distance’ between real life and the show.

The writer and producer admitted he had initially sketched out storylines for further episodes beyond series five. 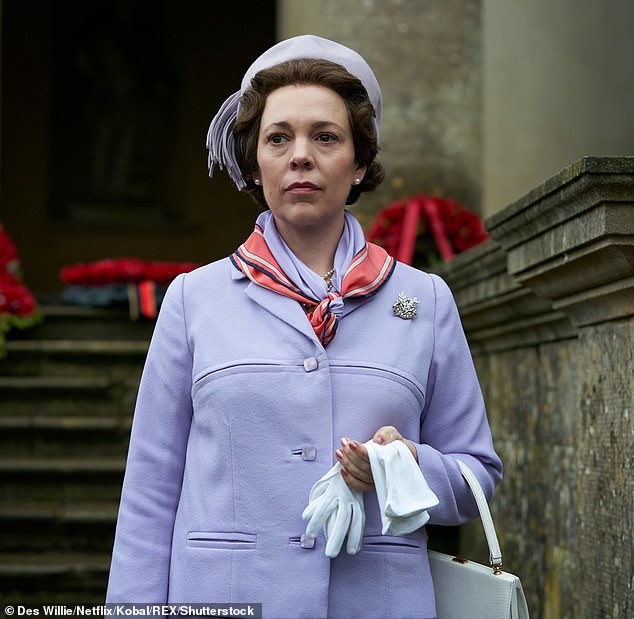 But he explained to the Daily Mail’s Baz Bamigboye: ‘You can’t fully examine incidents that happened yesterday. There has to be ten to 20 years’ distance. And in some instances much longer.’

Peter promised the final series, which won’t be filmed until 2021 or 2022 will be ‘explosive’ and will culminate with Britain entering the new millennium.

However, the showrunner admitted he would like to visit the royal family again in five to 10 years’ time, but to examine a different period.

He said: ‘I don’t know yet, but I might go further backwards in time, perhaps before this Queen.’ 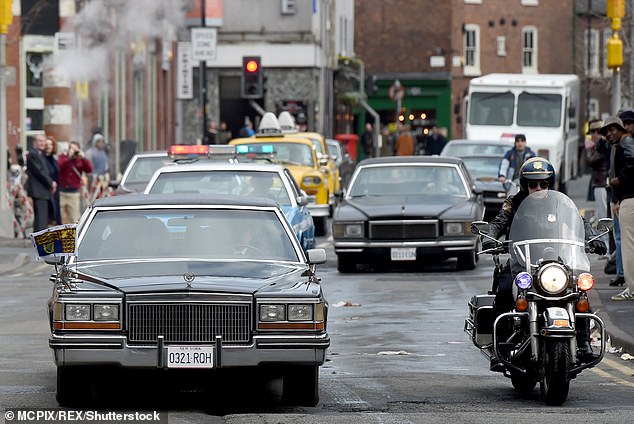 Shoot: Manchester was transformed into New York to recreate Diana’s visit to an AIDS clinic