Pity the poor young white man. They are unemployed. They’re living at home in record numbers. They’re not having sex (or at least, they’re not having particularly good sex). And they are unhappy — sometimes miserably, aggressively so — with a portion of them turning to the darkest abysses of the internet to find solace and to commiserate about their anger and resentment toward women, people of color, and more generally, the fabric of society itself.

These men are most commonly referred to as “incels,” short for “involuntarily celibate,” who are united by their disenfranchisement, their rejection of societal norms, and their ardor for pissing off certain self-serious corners of the internet. Not all of these men are violent — in fact, it’s safe to say most probably aren’t — but engaging in violent rhetoric against various protected groups, such as women and people of color, is one of the hallmarks of the subculture. This rhetoric is nearly always cloaked in at least seven veils of irony, making it difficult for people outside the community to know how much to take it seriously; but over the past few years, thanks to mass shooters like Elliot Rodger (a martyr of sorts for the community) and Toronto van attacker Alek Minassian, people have increasingly started paying attention, with some deeming them a serious threat. This is an opinion shared not only by the media, but also the U.S. military (which released a bulletin warning about incel shooting threats following the release of Joker last fall) and online extremism experts.

It is not, however, an opinion shared by Alex Lee Moyer, the director of TFW No GF, a featured SXSW documentary that is now streaming on Amazon Prime. On the contrary, Moyer believes that incels have been woefully misrepresented by a hysterical media, intent on making disaffected young white men a cultural boogeyman. “These people feel adrift and they don’t have families that are super present, and they don’t have a lot of economic opportunities. A lot of them didn’t finish school,” she tells Rolling Stone. “You can say whatever you want about them being white men or that they have this implicit privilege, but at the end of the day that doesn’t change anything in their reality. So now what you’ve got is an entire demographic of people who have basically opted out of society because they don’t see any possible path forward.”

TFW No GF eschews a traditional narrative approach, choosing instead to cobble together a melange of edgelord tweets, 4chan screen grabs, definitions of internet vernacular, and discursive interviews with its disaffected subjects, including New York City-based message-board pseudo-intellectual KantBot, and 23-year-old Charels, who is fond of guns and joking about punching women in the stomach so hard they can’t breathe.

The men in TFW No GF are all single, white, male, and angry, but Moyer denies that the I-word quite applies them: “My film isn’t really about incels. It’s not even really a film about sex. It’s just become impossible to talk to people about this movie without the term coming up.” (She also at one point compares the evolution of the term in the straight white male community to that of “queer” in the LGBTQ community: “As you often see with words applied to them in a derogatory way, people reappropriate those words for themselves, and they reclaim them.”)

Moyer is deeply immersed in their world, probably more so than any other documentarian who has attempted to capture the subculture. For this reason, and per the subjects’ request, the film does not interview any of the people in their personal lives — friends, family members, coworkers — to shed insight on their psyches, as would be typical in a documentary. Also absent are interviews with talking heads or cultural critics to shed light on the factors at play that have produced incel culture, with Moyer instead using the collage of tweets and definitions of internet slang to provide the viewer with some context on their world.

This non-judgmental approach has made many viewers deeply uncomfortable, with writer Eric Langberg tweeting that the film is “one of the most irresponsible docs I’ve ever seen,” leading to a barrage of abuse from incels on Twitter. When I spoke with Moyer last week, she was on the defense regarding such criticism that her film’s failure to cast judgment on its subjects was at best irresponsible, and at worst, unethical. “I just wanted to create something that was illuminating for everybody, but do it in a way where I was presenting it as it is, and as I found it, and let the viewer make their own informed decisions about what they were seeing,” she explains.

But even if you believe that objectivity is the best approach to capturing a subculture marked by misogyny, violence, and racism, it’s hard to accept the argument that the film’s relationship with its subjects is wholly objective in the first place. Moyer freely admits to feeling “protective” of her subjects and their privacy, and harboring admiration for their willingness to appear in the film in the first place, given how maligned they’ve been in the media. “You’re dealing with people who knew at the outset that a lot of people are going to not like them, that they’re not going to be liked and they’re not going to be understood,” she says. “And I think that’s pretty noble.” 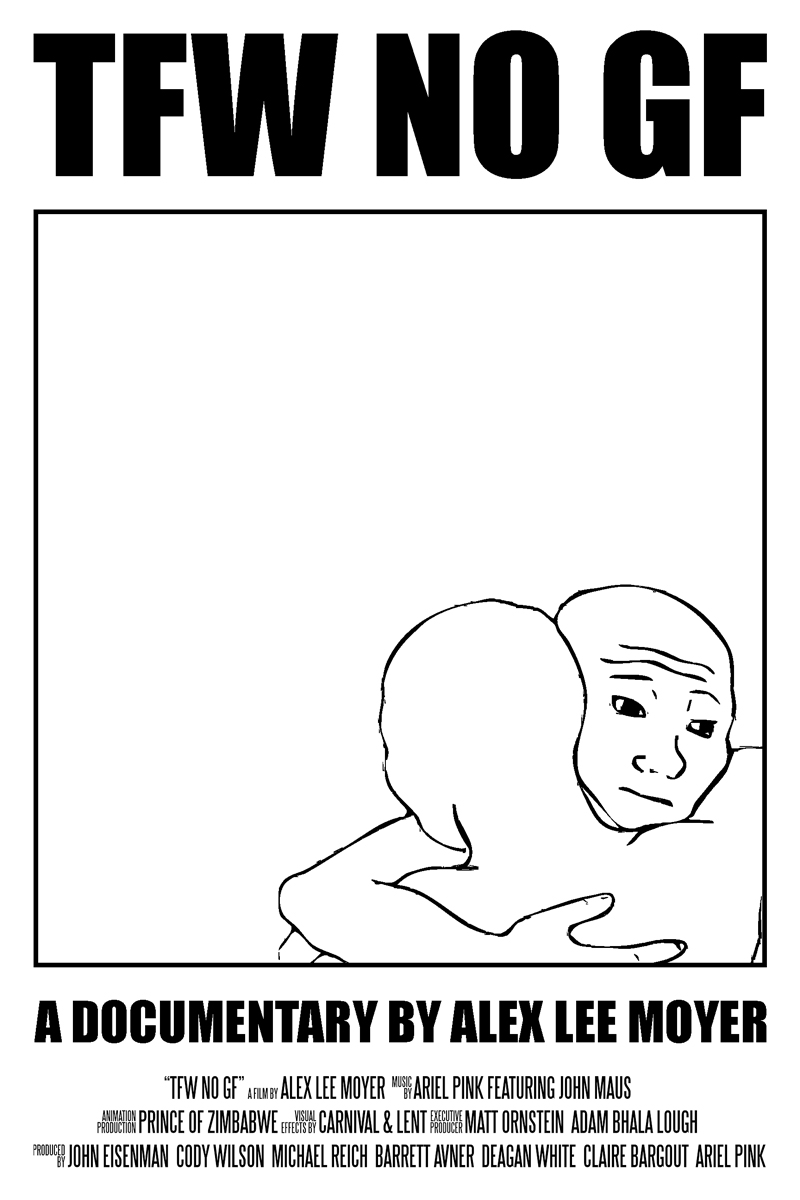 In the film, the violent jokes and ironic edge lord humor espoused by the film’s subjects comes dangerously close after one of them, Charels, is arrested for posting an image of himself with two assault rifles on Twitter, with the caption, “one ticket for Joker, please.” Authorities viewed this as a threat to shoot up a screening of the controversial film, and confiscated his guns. He later claimed it was a joke, a contention the film accepts basically without question.

Moyer says that during filming, she never once considered the possibility that her subjects posed any danger to society, dismissing their violent threats as merely ironic. “These are kind, gentle, shy, and intelligent young men, and I consider them my friends,” she says. She refers to violent threats like those Charels made as merely one of her subjects’ “questionable decisions.” “If I endorsed all of their decisions — there would be no movie here,” she says.

That lack of judgment on the film’s subjects also extends to its creative team, including producer Cody Wilson, a self-described anarchist and head of a 3D-gun printing operation. In 2019, he was sentenced to seven years of probation after pleading guilty to injury to a child after having sex with an underage girl, a plea that required him to register as a sex offender. While acknowledging that Wilson helped secure her access to some of her sources, Moyer downplays his involvement with the film. “Whether you agree with his ideas or not, this film is a good thing. This film is a public works project,” she says when asked about Wilson’s involvement. “This film is going to stand the test of time and it’s going to help a lot of people. And I will accept money from Cody Wilson for this project, whether I agree with any of his personal decisions or not.”

TFW No GF accepts, basically without question, the version of events put forth by its subjects: That they are the victims of a cruel, unfeeling society that has cast them out (for what reason also goes relatively unexplored). In so doing, it does offer access to a subculture that is openly hostile to outsiders and rarely gets much attention outside blood-soaked headlines, but at what cost to the overall social good is an open question, as is the agenda of the filmmaker for offering such an empathetic view of a much-maligned community with little context.

“I don’t have some messiah complex. I’m not like the Lorax for incels or whatever,” says Moyer. “There’s no agenda for me except to just be an artist and show you guys the full picture of something. And even if people don’t like it, at least they are talking about it, and they’re talking about it because it impacts all of us.”

It’s true that most lonely men on the internet aren’t violent, and that joking about shooting up a screening of a comic book movie for clout online is not the same thing as actually doing so. But it’s also undeniably true that spaces like 4chan and 8chan have hosted — even facilitated — real-world bloodshed, and that there are men on the internet who openly lionize mass killers like Rodger and Minassian. The nebulous distinction between word and action, between earnest hatred of women and minorities and play-acting for the lulz, is not one that TFW No GF is particularly interested in exploring. When it does, it vacillates between dismissing their behavior and trying to forge a societal explanation for their actions.

“They won’t even think about why these people are doing what they’re doing. They’re so disconnected from it,” Charels at one point says of society’s view of mass shooters. “They refuse to even acknowledge it.” But what “it” is, the film doesn’t quite venture to guess.