Taylor Swift has made her grand return to the Grammys after four years away, and she dressed for the occasion. The singer appeared at the event’s limited red carpet (there’s still an ongoing pandemic, after all), wearing a flower-adorned Oscar de la Renta mini dress. Her boyfriend Joe didn’t pose with her. 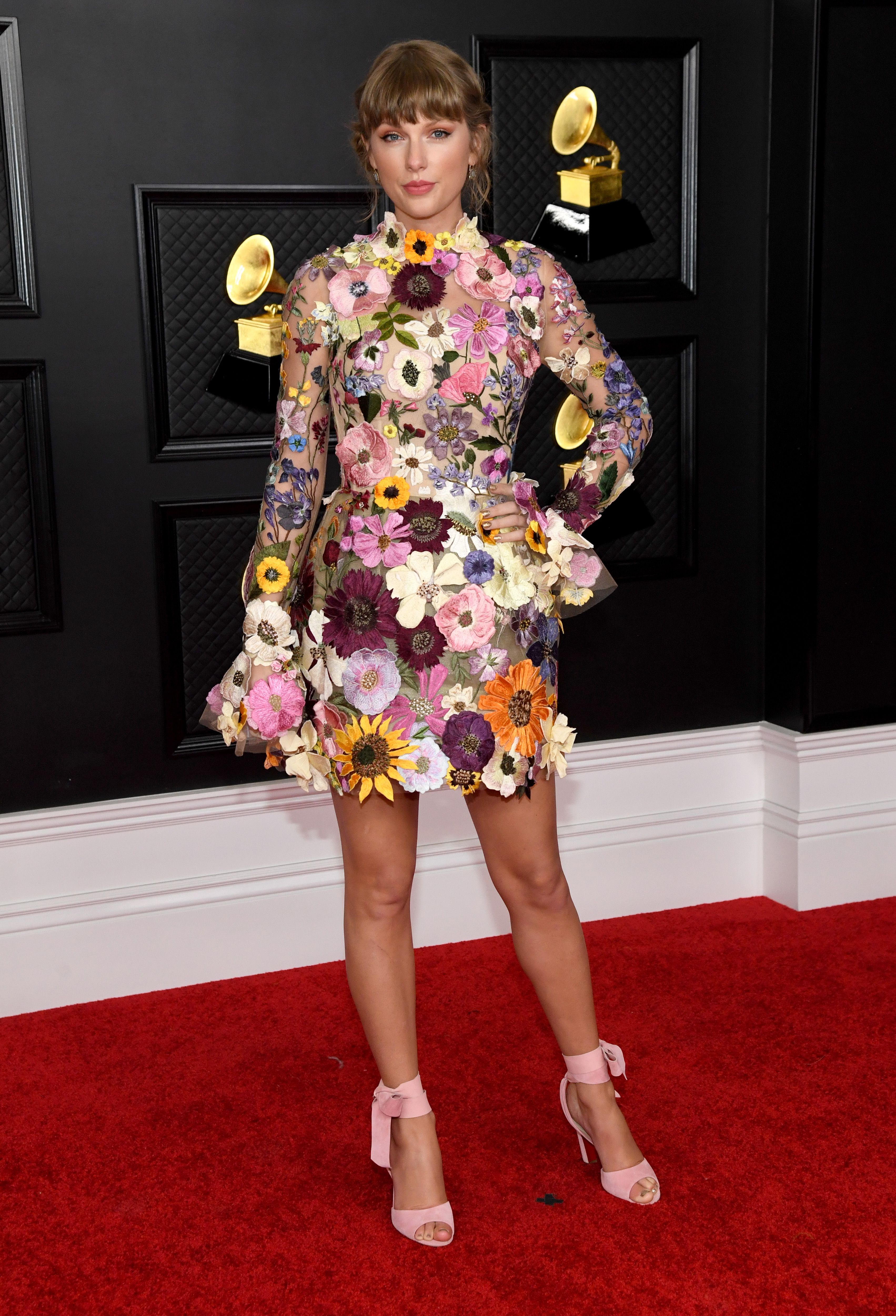 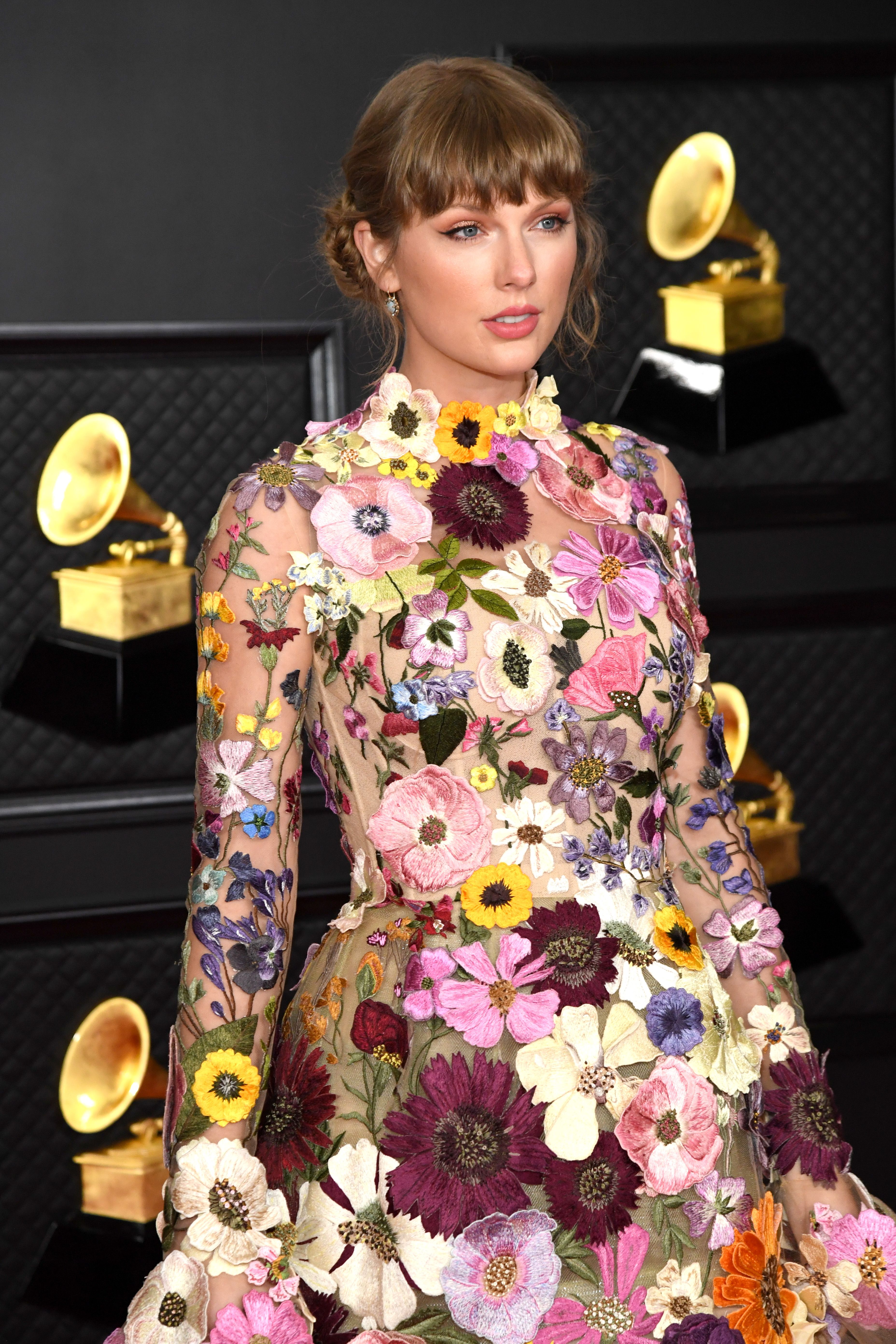 Swift was last at the Grammys in 2016, where she and Selena Gomez posed on the red carpet together. 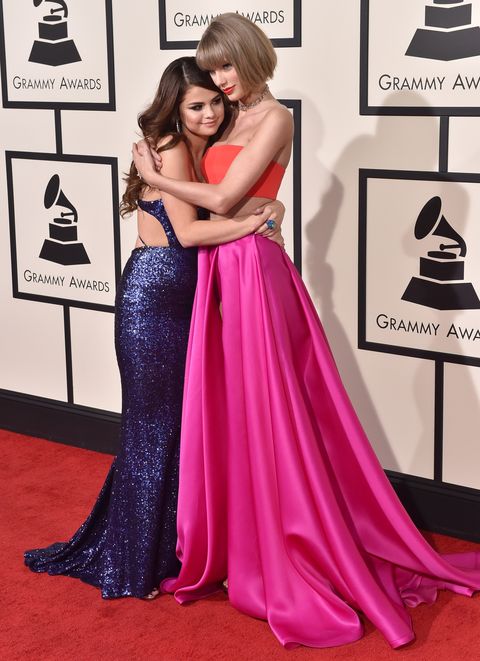 This is the 13-year anniversary of Swift’s first Grammy nomination, and the singer spoke to Entertainment Tonight earlier this week about the advice she’d give her younger self, knowing what she does now at 31.

“It’s pretty wild how much time has passed since my first GRAMMY nomination. I still feel pretty lucky to still be a part of this night,” Swift said. “I think the advice I would give myself when I was younger is probably to, when things get hard, always focus in on how much I love music.”

“That has been the thing that, no matter what, has protected me from any of the other outside things that have made me feel strange,” she added. “I’ve never had a problem with the general fact of making music or playing music. I’ve never stopped loving it. It’s been the outside stuff that has made me feel down at times.”