Earlier this week, Steph McGovern, 37, invited chef Freddy Forster, 47, onto the show to cook a lamb dish. During the segment, the latter jokingly called Steph out for saying 57-year-old Simon Rimmer’s pork recipe was the best she’d had.

He told her: “I’m a bit upset with you Steph actually, I was watching Steph’s Packed Lunch the other day and I heard that the best dish you’ve ever had in your life since you’ve been here is Simon Rimmer cooking you some pork.”

“I mean it was amazing though,” she replied, defending her comment.

Freddy then went on to say: “Yeah but Steph, 136 episodes you’ve had here, that’s a lot of food OK, and the best dish you’ve had is pork?”

Lost for words as she laughed, the chef continued: “I know next week I’m going to cook you a plate of back bacon and that’s all you’re going to have.” 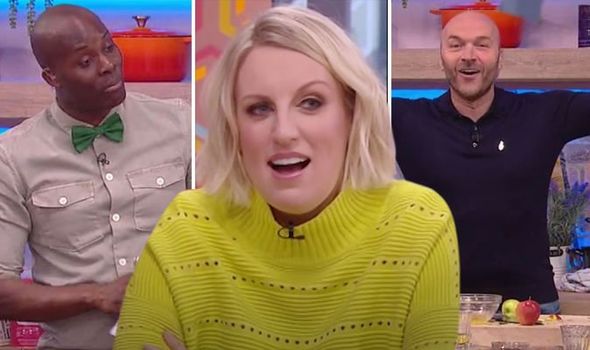 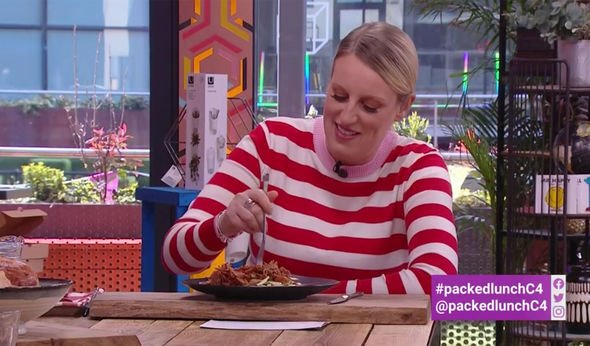 “It was… I love ham though,” Steph replied, as Freddy defiantly replied: “I’m sure you did, fair enough, thank you.”

The host went on to say: “You had the title before Simon,” to which he said he was determined to win it back.

“I don’t like you to get complacent,” she added.

“I know that,” he replied as he continued to showcase his dish to viewers. “But trust me, I was watching that and I was very upset.” 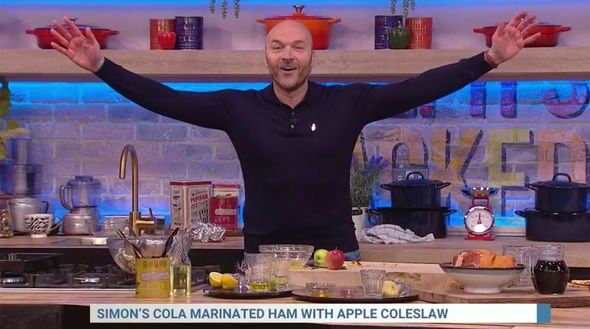 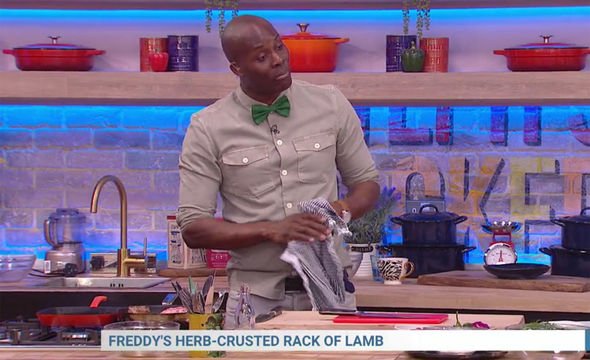 After he finished cooking his recipe, he handed a plate over to Steph for her to try.

She began picking off the crust to have the dish at her preference.

“Don’t do me like that Steph,” the chef replied, seemingly disappointed.

The host went on to say she “loved” the “gorgeous” dish as she tucked in.

But in a further light-hearted swipe, she said: “It’s not as good as Simon’s.”

Simon appeared on the show on Thursday and cooked up cola marinated ham with apple coleslaw.

The chef told Steph he added mayonnaise to it to keep her happy.

“I think that’s the best thing I’ve eaten on the show,” she said while tucking in.

Simon excitedly threw his arms in the air at her comment and said: “I’ll take that.”

As she continued to eat, the presenter asked guest Vogue Williams to read the autocue for her as she enjoyed the food too much.