Showtime has tapped Michelle Pfeiffer to star as Betty Ford in its upcoming anthology series, “The First Lady.”

Pfeiffer joins the previously announced Viola Davis (playing Michelle Obama) for the show, which focuses on the pair, along with Eleanor Roosevelt, and “the roles they played in shaping impactful and sometimes world-changing decisions during their time in the White House,” according to The Hollywood Reporter.

The part of Roosevelt has not yet been announced.

Emmy award-winning director, Susanne Bier — “The Undoing” and “The Night Manager” — is signed on to helm all of the episodes as well as executive produce.

“Michelle Pfeiffer and Susanne Bier have joined the brilliant and incomparable Viola Davis to bring the remarkable stories of these women into urgent, engrossing and long overdue focus,” Amy Israel, Showtime’s Executive VP of Scripted Programming, told the outlet in a statement.

Israel continued: “Michelle brings authenticity, vulnerability and complexity to all her roles, and Susanne is a visionary director who commands the screen with fierce honesty and a singular visual style. With these formidable artists in front of and behind the camera, we couldn’t be more thrilled — especially at this unique moment in time for our nation — about the powerful promise of The First Lady.” 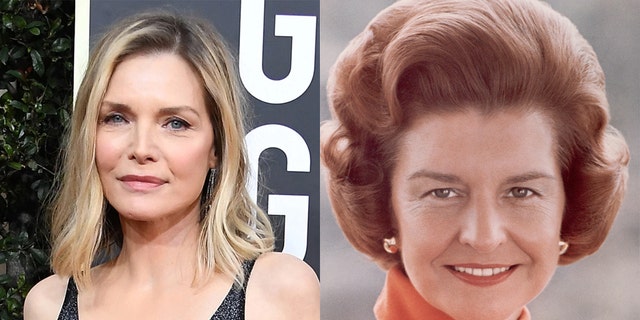 Showtime has tapped Michelle Pfeiffer to star as Betty Ford in its upcoming anthology series, ‘The First Lady.’ Pfeiffer joins the previously announced Viola Davis, who is playing Michelle Obama, on the show.
(Getty Images)

According to Pfeiffer’s IMDb, “The First Lady” will be her first regular TV series since “Delta House” and “B.A.D. Cats” at the start of her career. She most recently appeared in films like “French Exit” and “Maleficent: Mistress of Evil.”

No release date has been announced for the show.