“The Talk” is still feeling the effects of Sharon Osbourne’s spat with fellow co-host Sheryl Underwood. On March 14, it was announced that the show would go on a brief hiatus while CBS reviewed their heated exchange. The women got into a dustup on March 10 when Sharon defended Piers Morgan’s controversial comments about Duchess Meghan in which he questioned the validity of her mental health struggles and her allegations of racism within Britain’s royal family. Sharon demanded that Sheryl “educate” her on racism and later said she, herself, had been accused of being racist for backing Piers. After the exchange, Sharon apologized on Twitter. Piers later alleged that “The Talk” producers pressured her into it. He then demanded an apology from “The Talk.” On March 18, Page Six reported that Sharon is expecting to be fired, but that she won’t leave without a significant payout. The following day, TMZ reported that Sharon had hired private security amid the fallout as she was getting death threats.

“Punky Brewster” star Soleil Moon Frye made a big reveal this week: The first time she had consensual sex was with Charlie Sheen. The child star’s memory came via her new Hulu documentary, “Kid 90,” during which she shared that her first sexual experience was an assault at 17 or 18. Later, when she was with Charlie — she was 18, he was 29 — things were consensual. The former “Two and a Half Men” star was “so kind and loving,” Soleil said, adding that she was intrigued and excited about him. She referred to him as her “Mr. Big” — a nod to Carrie Bradshaw’s love interest on “Sex and the City.” On March 16, after news of their private tryst was made public, Charlie reacted with class, telling Us Weekly that the actress is “a good egg.” “I wish Soleil well in this resurgence of hers,” he said, adding that he’s yet to watch her documentary. “It’s on my list to watch and very near the top.”

Demi Lovato has opened up about her near-fatal 2018 overdose in a new four-part series documentary called “Dancing With The Devil.” There is a lot to unpack, and not just about that fateful night: Demi says she was sexually assaulted by her drug dealer the night of her overdose, which happened after she smoked heroin and ingested fentanyl-laced oxycodone; she was legally blind when she woke up in the hospital, and she’ll have permanent blind spots that will keep her from ever driving again; she’s not sober, as she still drinks and smokes marijuana; she says she lost her virginity during a rape and implied it was a Disney actor who took advantage of her; she also says she rushed into her failed engagement last year with Max Ehrich. “I feel like I’m too queer to have a man in my life right now,” she explained of her fluid sexuality. “I’m not willing to put a label on it right this second, but I think I will get there. There’s a lot of things I have to do for myself first. I want to allow myself the ability to live my life in the most authentic form possible, which I haven’t done because of my past.”

Matt James, first Black lead of “The Bachelor,” picked Rachael Kirkconnell at the end of season 25, but he didn’t propose. Still, Matt said he was committed to Rachael and envisioned her as his wife. However, not long after the finale was filmed (but before it aired,) three-year-old social media images surfaced that showed Rachael at an Antebellum South-themed party. She also “liked” other images that contained a Confederate flag, and she posted QAnon conspiracy theories online. On the March 15 “After The Final Rose” special, Matt said he and Rachael are no longer together and acknowledged that the past racist acts were the reason. Matt said, “It’s heartbreaking. If you don’t understand that something like that is problematic in 2018, there’s a lot of me that you won’t understand. It’s as simple as that.” Rachael acknowledged that she was still in love with Matt, but he essentially squashed any hopes of a reconciliation and said she needed to confront her behavior and work on herself. “When I questioned our relationship, it was in the context of you not fully understanding my Blackness and what it means to be a Black man in America,” he told her. “It broke my heart because this is the last conversation I thought we’d be having. I didn’t sign up to have this conversation.”

The 2021 Grammys didn’t exactly dominate the ratings, as it was the lowest rated telecast in history. Still, there were some things worth talking about from the March 14 telecast. First, all hail Queen Bey. Beyonce is now the Grammys’ most celebrated singer of all time: When she took home her fourth award of the night — and 28th Grammy overall — she surpassed the record previously set by bluegrass artist Alison Krauss. She’s also now won more awards than any other singer of any gender. (What made the day even more special for Bey? Blue Ivy, her eldest daughter with JAY-Z, won her first Grammy.) Taylor Swift had a big night too, as did Dua Lipa and Megan Thee Stallion. Cardi B might have had the longest lingering moment though. Her performance of “WAP” with Megan was filled with sexual innuendo and sparked complaints to the Federal Communications Commission. She also got into a days-long beef with conservative pundit Candace Owens. After one woman complained on social media that Cardi’s performance wasn’t suitable for kids, the rapper replied, “I don’t make music for kids I make music for adults. Parents are responsible on what their children listen too or see… Stop expecting celebs to raise your kids.”

This week, Elliot Page became the first transgender man to appear on the cover of Time magazine. The “Umbrella Academy” star revealed that they underwent top surgery to remove breast tissue, which produces a more masculine appearance. “It has completely transformed my life,” he told Time, adding it was “not only life-changing but lifesaving.” The “Juno” star noted that he was recovering from the surgery when he came out as transgender last December. In the interview, Elliot said he never recognized himself on the red carpet before coming out as trans. “I’m really excited to act, now that I’m fully who I am, in this body,” Elliot said. “No matter the challenges and difficult moments of this, nothing amounts to getting to feel how I feel now.”

“She’s All That” actress Rachael Leigh Cook and actor Daniel Gillies have settled their divorce, but there’s an interesting quirk in their paperwork. A clause states that Rachael and Daniel have to reveal the identity of any sexual partner to each other if they plan to introduce that person to their two children. As part of the agreement, the ex-couple will not pay child support or spousal support to one another. Instead, Rachael and Daniel, who starred on “The Vampire Diaries” and “The Originals,” will maintain a shared bank account that they will fill evenly. They will also share custody of their four pets.

You’ve never seen Billie Eilish like this before. On March 17, the Grammy-winning singer debuted a shocking new look: She’s gone blonde! “Pinch me,” the 19-year-old vocalist captioned the image of her new ‘do. Billie later revealed on TikTok that she’s lately been wearing a wig — including at the Grammys on March 14 — after her hairstylist revealed on social media that it took weeks to safely transition Billie from her trademark black-and-green hair to a platinum shade.

Prince Philip, 99, is back home at WIndsor Castle after a month-long hospitalization in London. On March 16, Buckingham Palace said Queen Elizabeth II’s husband had been discharged “following treatment for an infection and a successful procedure for a pre-existing condition.” The statement added, “His Royal Highness wishes to thank all the medical staff who looked after him… and everyone who has sent their good wishes.” The Duke of Edinburgh was initially admitted to the hospital on Feb. 16. Son Prince Charles told reporters that his father’s return home was “very good news” and he was “thrilled.” 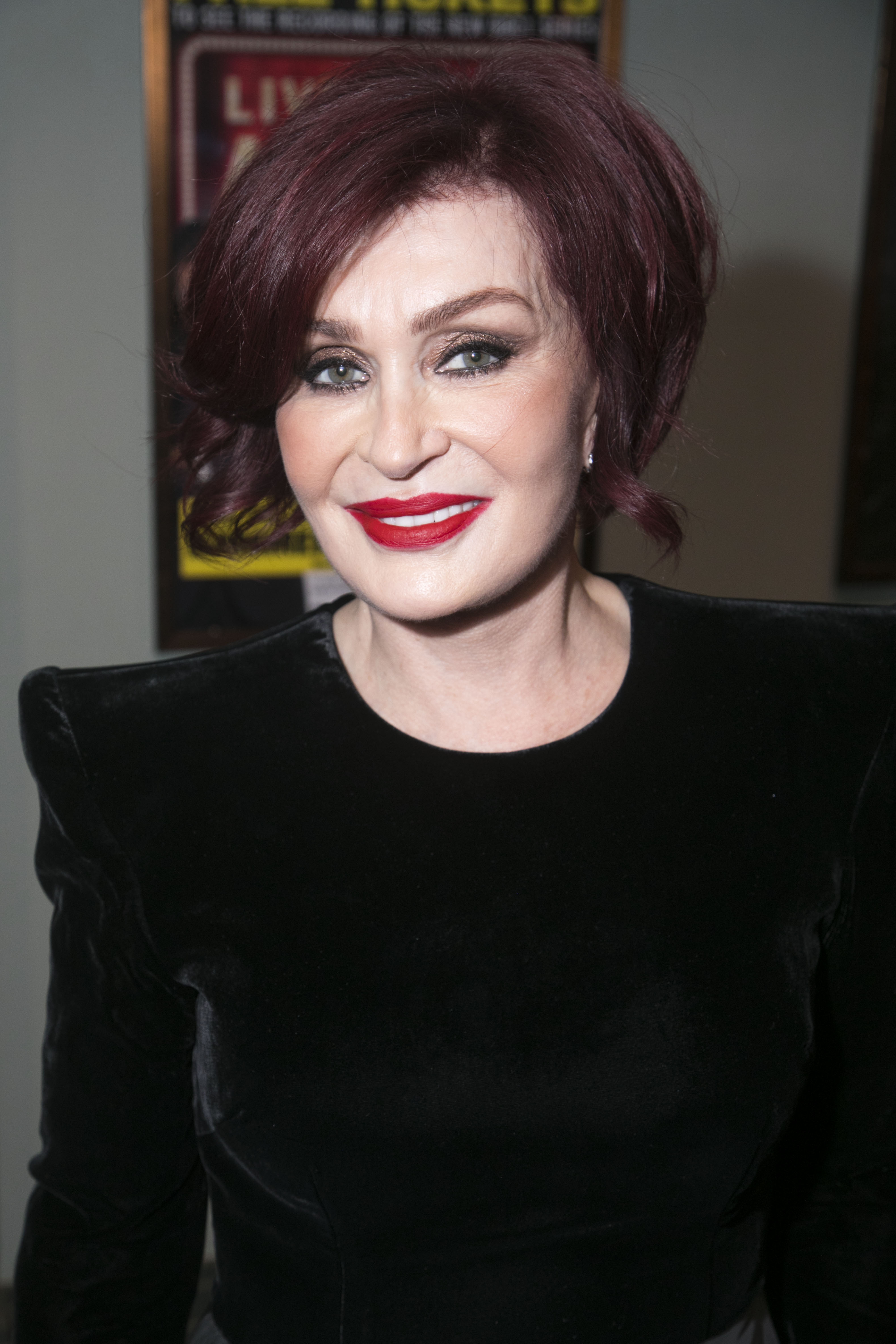 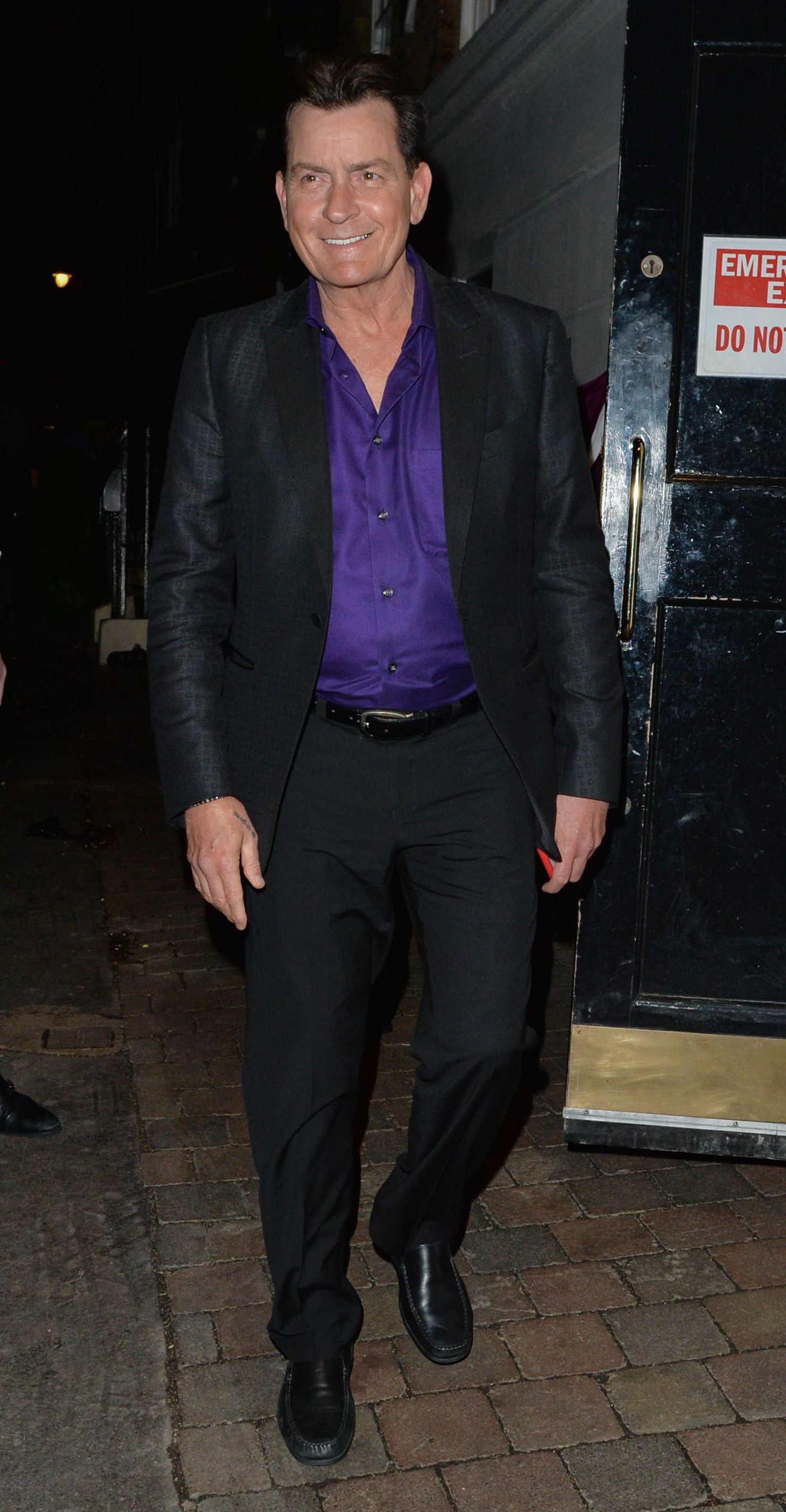 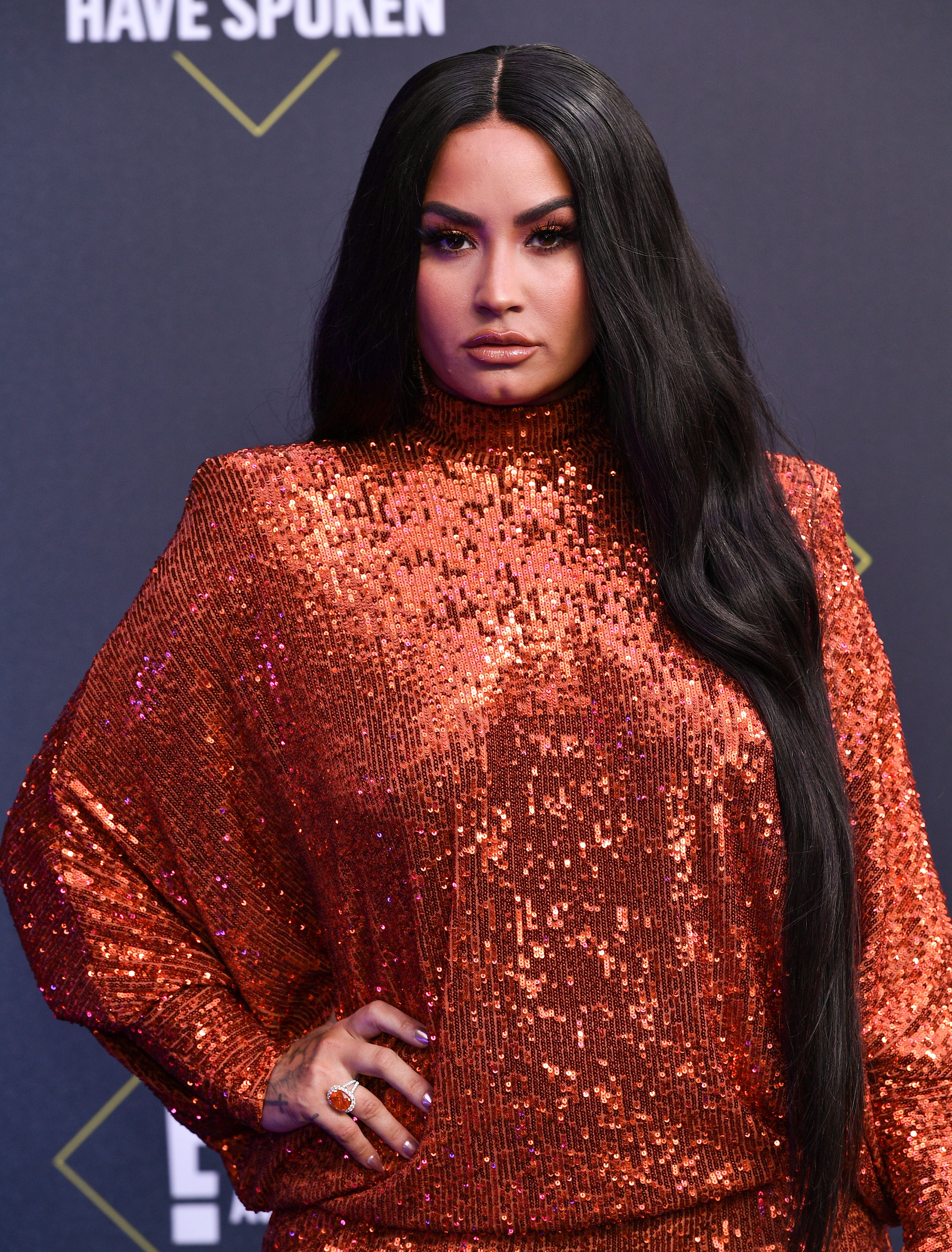 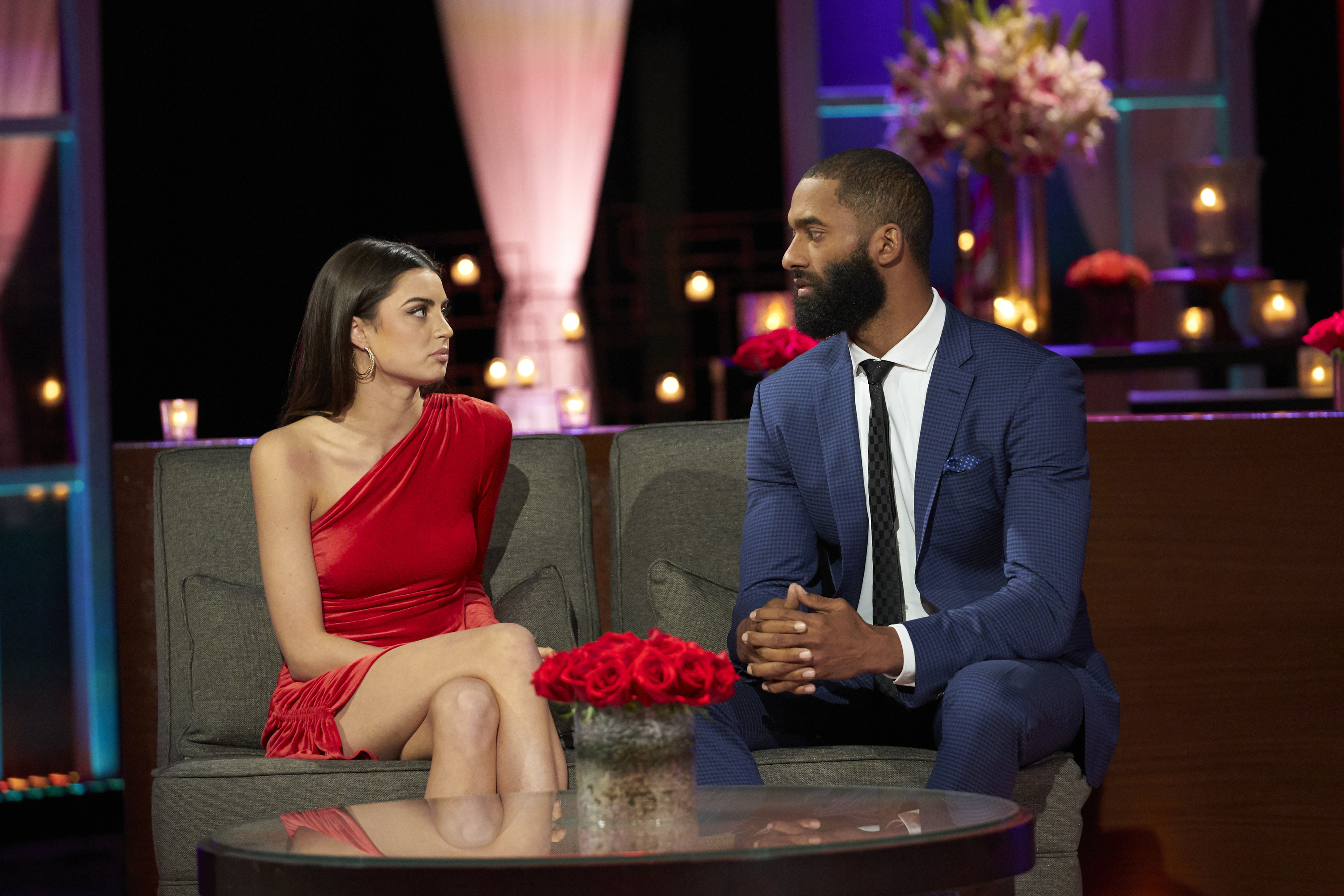 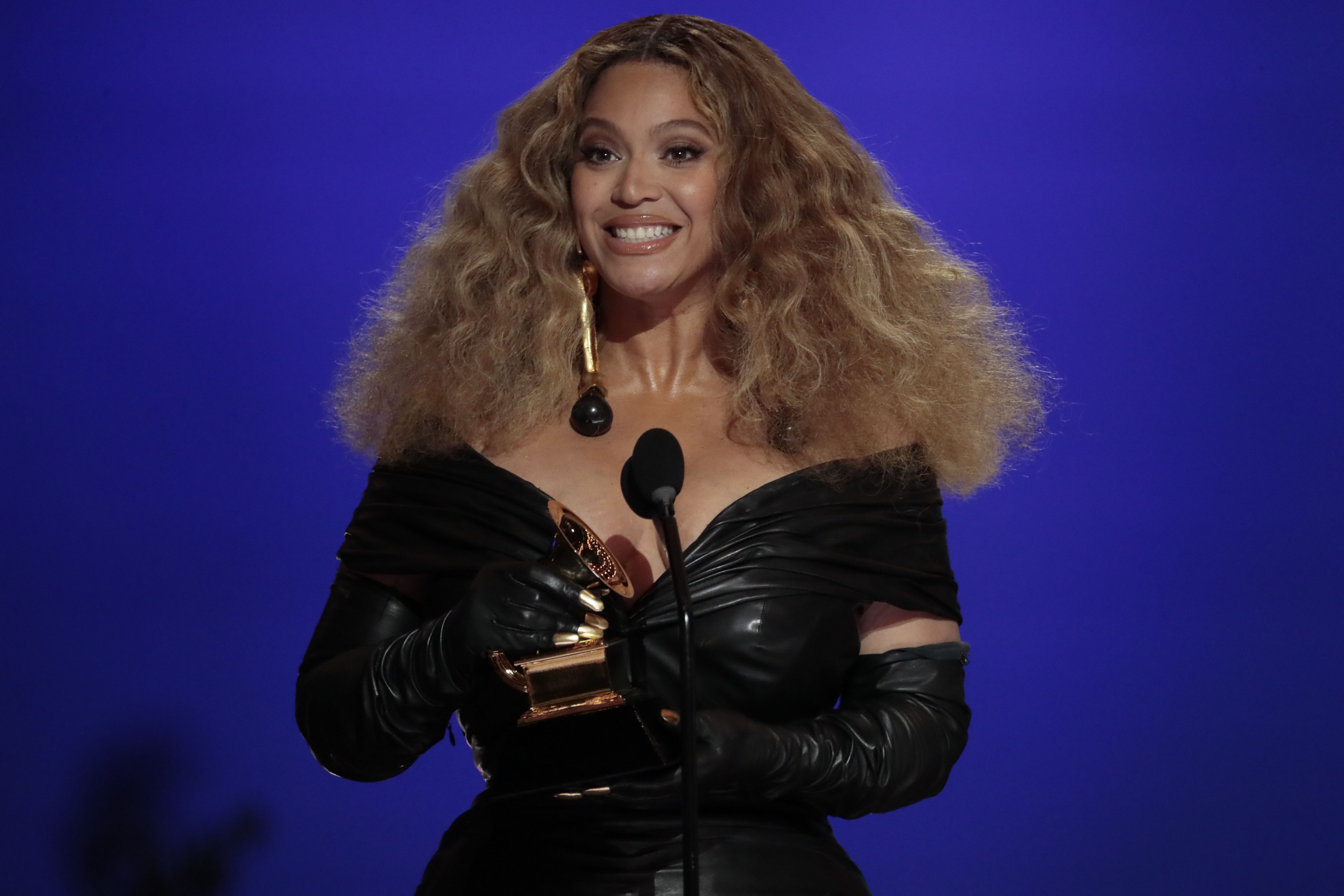 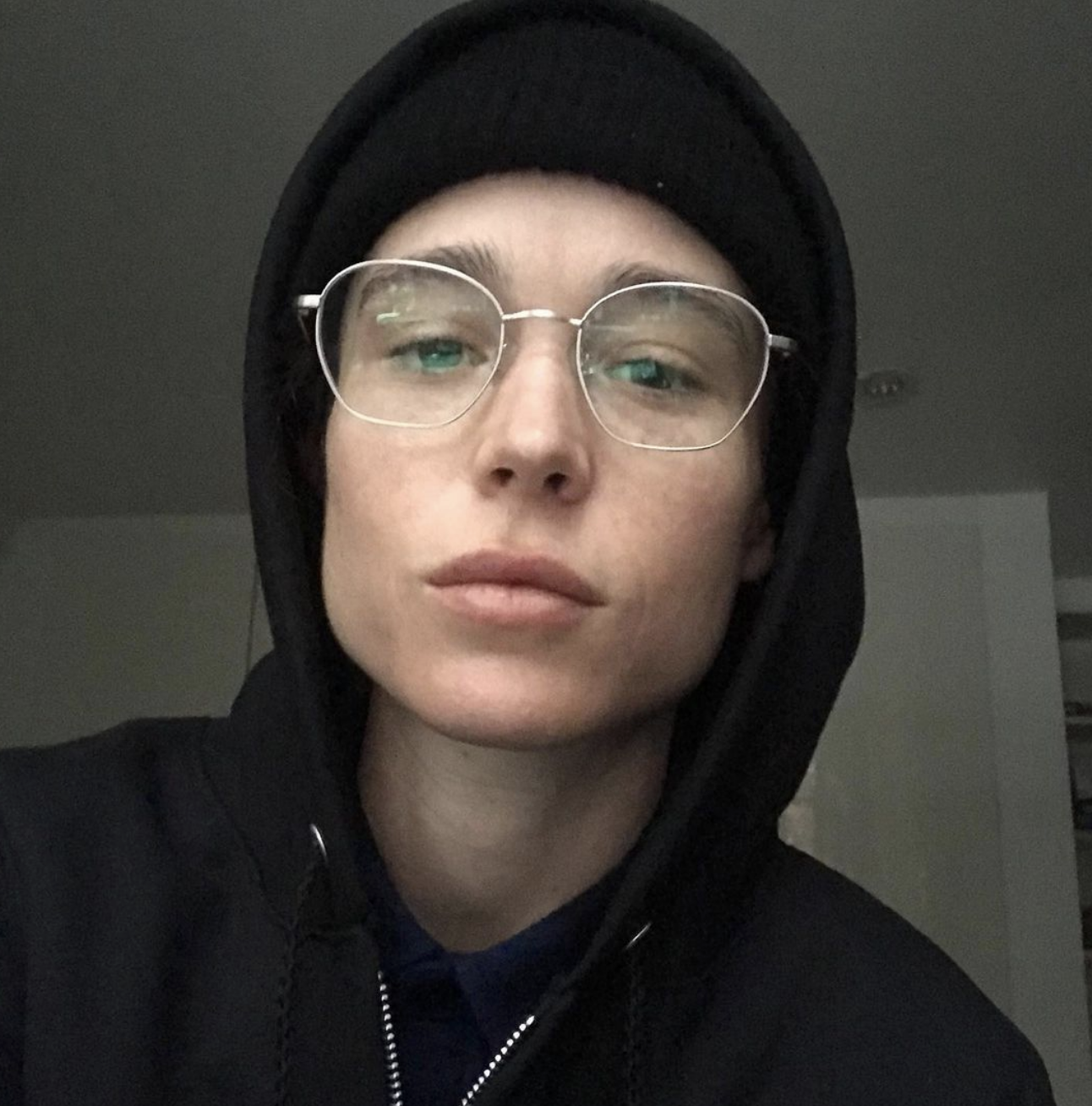 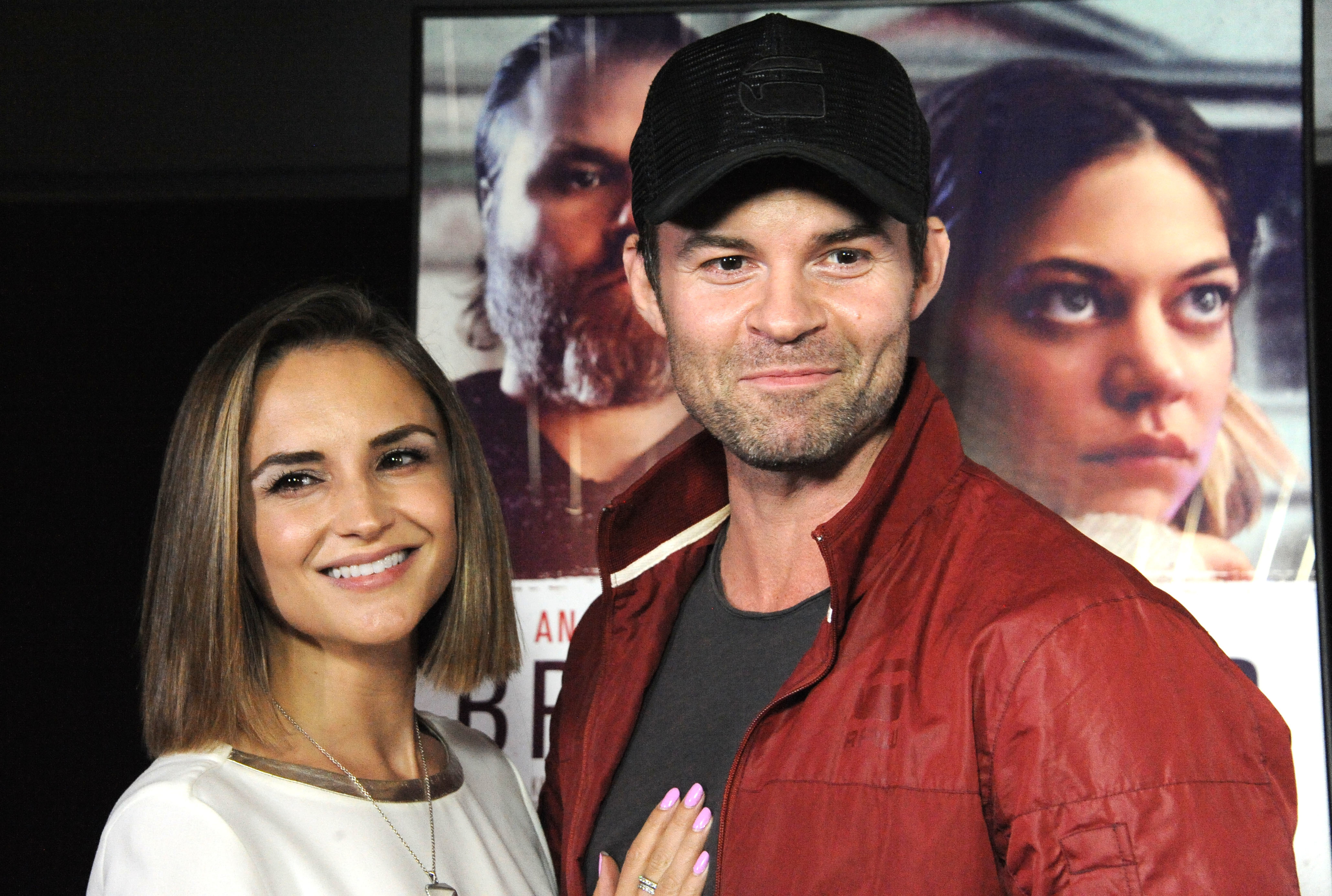 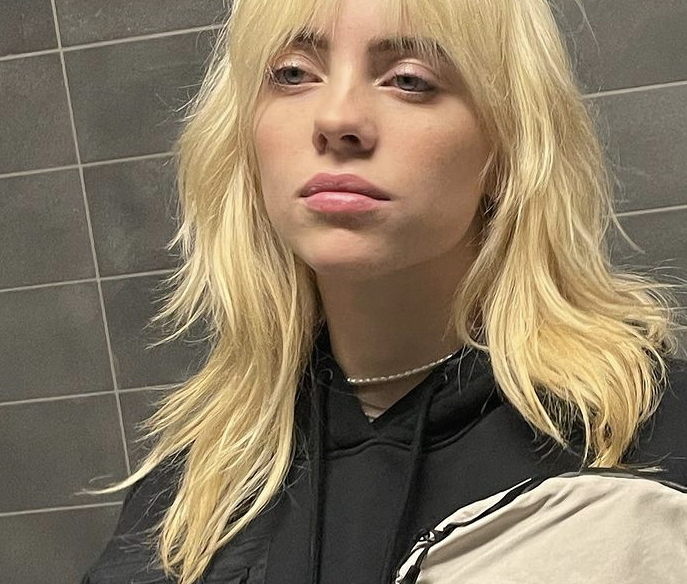 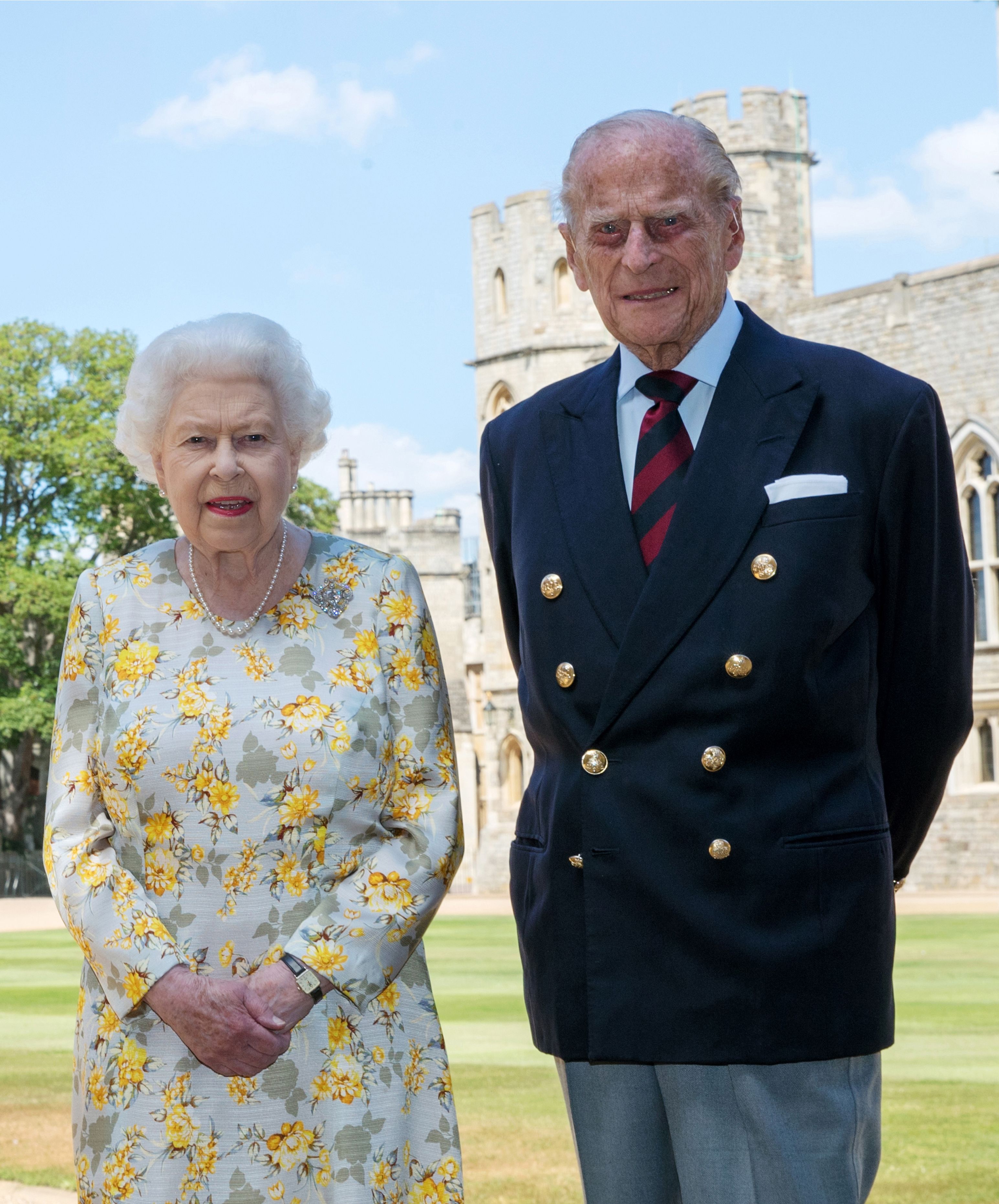 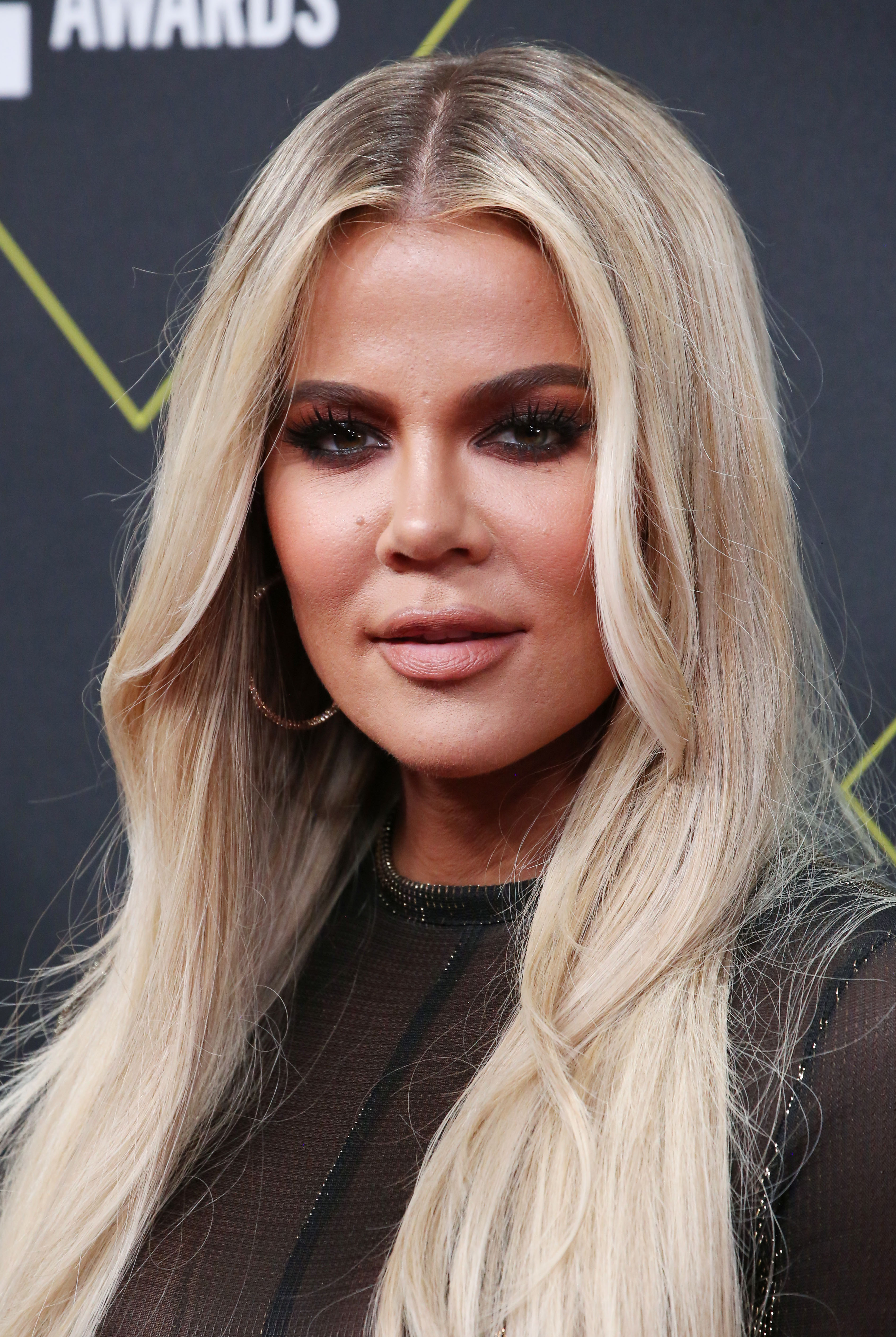