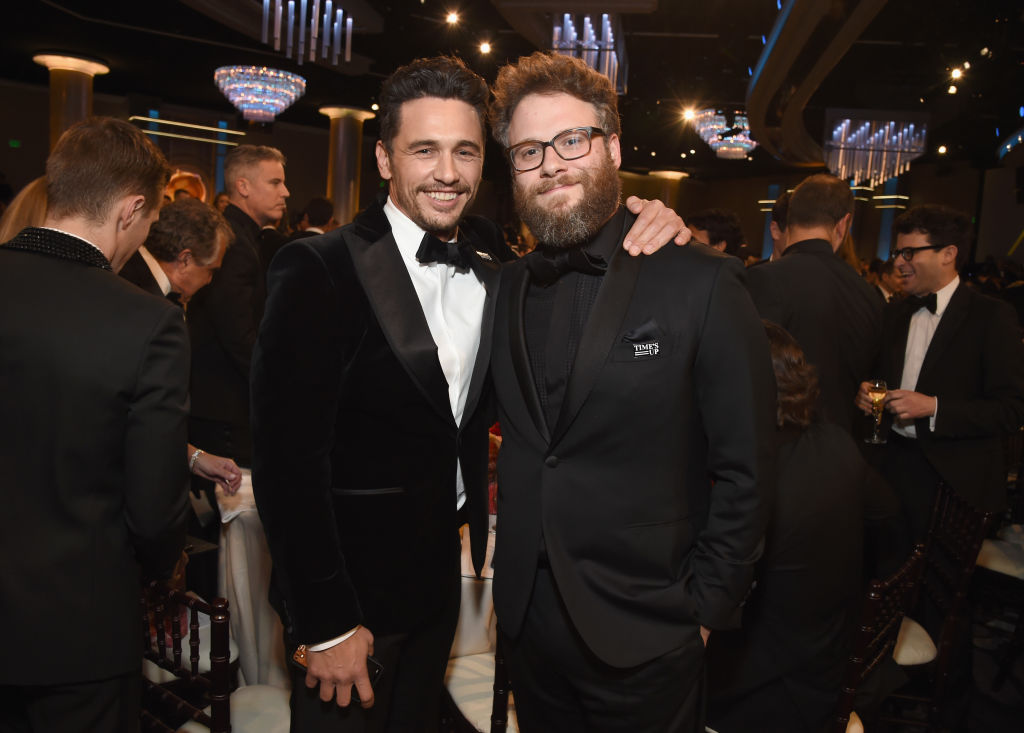 Seth Rogen regrets making a joke on Saturday Night Live about James Franco trying to arrange a date with a 17-year-old.

In 2014, Franco, then 35, admitted to messaging a 17-year-old girl and trying to arrange a meeting in a hotel room.

Addressing the incident at the time, the actor said: ‘It’s the way that people meet each other today, but what I’ve learned – I guess because I’m new to it – is you don’t know who’s on the other end. You don’t know who you’re talking to. I used bad judgement and I learned my lesson.’

In the same year, his The Pineapple Express co-star Rogen hosted Saturday Night Live, and joked about the incident in his opening monologue where he pretended to read a journal.

He said: ‘To make myself feel better I decided to prank James Franco. I posed as a girl on Instagram, told him I was way young. He seemed unfazed. I have a date to meet him at the Ace Hotel.’

Earlier this year, Knocked Up star Charlyne Yi accused Rogen of ‘enabling’ Franco, saying: ‘Seth Rogen literally gave a statement saying that men’s opinions don’t matter about a men’s issue, but went on SNL using his white male voice and power to do a sketch with Franco, normalising preying on underage girls. Which is dehumanisation and patriarchal violence.’

Speaking to Sunday Times Style, Rogen said: ‘What I can say is that I despise abuse and harassment and I would never cover or conceal the actions of someone doing it, or knowingly put someone in a situation where they were around someone like that.

‘However, I do look back at a joke I made on Saturday Night Live in 2014 and I very much regret making that joke. It was a terrible joke, honestly.’

The 39-year-old added that the allegations against Franco have changed their personal relationship, and that he has no plans to work with the star again.

He said: ‘I also look back to that interview in 2018 where I comment that I would keep working with James, and the truth is that I have not and I do not plan to right now.’

Rogen has previously worked with Franco on The Interview, The Pineapple Express, This Is The End and The Disaster Artist.

They both starred on the cult teen show Freaks and Greeks between 1999 and 2000.

In 2018, a number of allegations of sexual misconduct were made against Franco, who called them ‘not accurate’, on social media, after the actor wore a Time’s Up pin at the Golden Globes.

The same year, the Los Angeles Times published a report of five women accusing Franco of sexual misconduct at his acting school, Studio 4, with Franco denying all allegations.

Two of the women filed lawsuits, which have been settled this year.