It’s all love between Jennifer Lopez and Ben Affleck!

The two certainly didn’t shy away from packing on the PDA during a romantic dinner date at Nobu Malibu in Los Angeles over the weekend. At one point, photographers even captured the cute couple sharing an intimate kiss, seemingly paying no mind to the other guests in attendance.

“J.Lo and Ben went to Nobu Malibu Sunday night to celebrate Jen’s sister, Lynda Lopez’s, birthday,” a source tells ET. “They had a great time at the dinner celebration.” 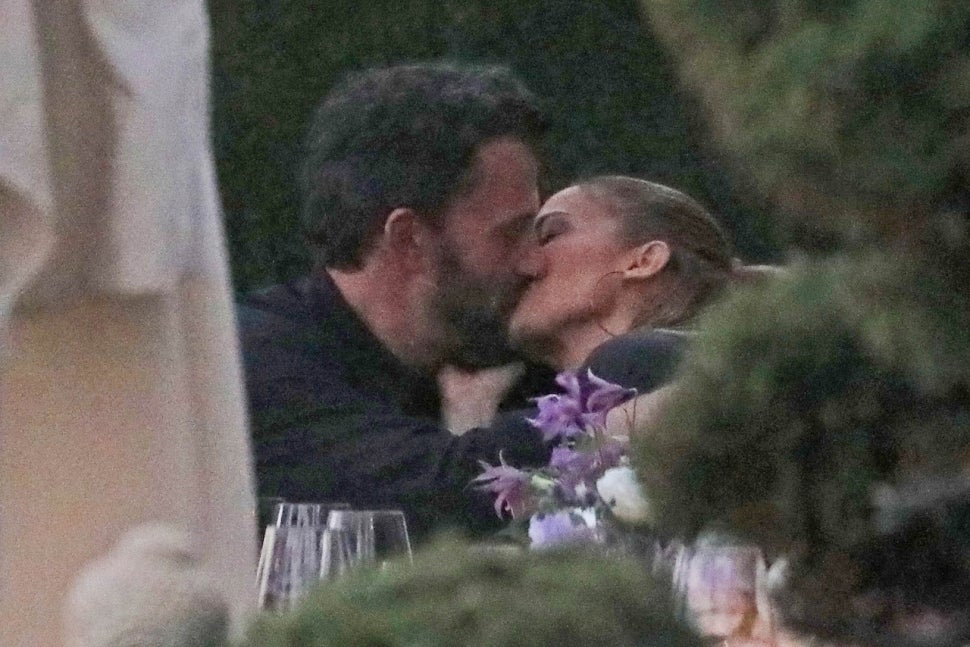 The lovebirds were surrounded by Lopez’s family members at the celebration, including her 13-year-old twins, Emme and Maximilian, whom she shares with ex-husband Marc Anthony.

“Everyone feels really comfortable around Ben and likes him a lot,” ET’s source says. “They don’t have one bad thing to say about him. They think he’s funny and sweet and it’s so nice for all of them to see Jen so happy and smitten. Ben definitely has their stamp of approval.”

Shortly after pics from Lopez and Affleck’s PDA-packed outing surfaced, many fans took to social media to share their thoughts on the sweet kiss, with many comparing it to a similar photo the two snapped in 2002 when they were known to the world as “Bennifer.”

“How it started vs. how it’s going,” one fan tweeted, with another adding, “BENNIFER NEVER DIES.”

how it started how it’s going#Benniferpic.twitter.com/aIf6XZJwR3

me catching up on ben affleck and jlo like pic.twitter.com/aVatIUtAEX

Just because it worked out for JLO & #BenAffleck, doesn’t mean you have to drink dial your ex.

The people are crying out for JLo and Ben Affleck to make another music video.

Watching Gigli with @JLo and @BenAffleck thinking about how they got back together..love is a beautiful thing..hope youre enjoying each other again😍 pic.twitter.com/agLNSurg1H

Just last week, an additional source told ET that Lopez, 51, and Affleck, 48, are doing things differently this time around. It’s been 17 years since the couple ended their engagement after a whirlwind romance.

“J.Lo and Ben have always had a natural attraction towards one another, from the very first day that they met,” the source said. “Though they have been through their own breakup before, they also always knew that when they separated, their personal lives were bound to intertwine again in the future due to their careers.”

“Since they have reconnected, what’s made their relationship work is not putting pressure on it and just living in the moment and enjoying each other’s company,” the source continued. “They just want to be genuinely happy together in life.”

Hear more in the video below.