A supportive boyfriend. Sam Asghari wore a “Free Britney” t-shirt on Wednesday, June 23, hours before his girlfriend, Britney Spears, was set to address the court at a hearing regarding her ongoing conservatorship battle.

In a selfie posted to his Instagram Story, the Black Monday actor, 27, showed off his crisp white v-neck tee, which featured the popular message seemingly hand-painted on. While some of the purple letters were cut off, the words could still be made out. 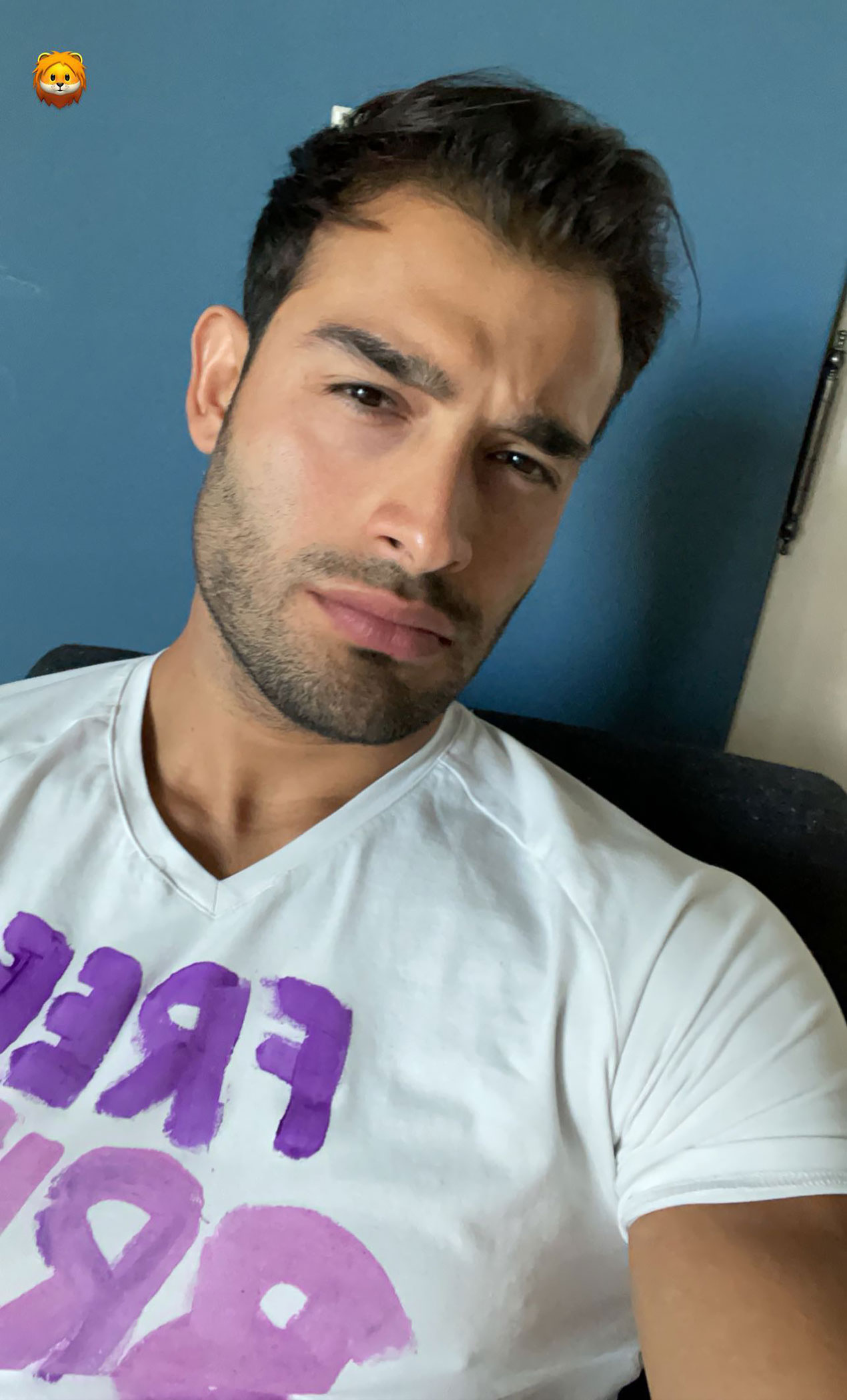 Asghari captioned the photo with a lion emoji — a nod to the “Toxic” singer, 39, who he’s called his “lioness” in the past.

The Princess of Pop and the Iran native quickly became inseparable after meeting in October 2016 on the set of Spears’ “Slumber Party” music video.

“I found his number in my bag. I was like, ‘He is really cute. This guy is really cute,’” the Grammy winner said of their introduction during a January 2017 radio interview. “So then I called him.”

Over the years, Asghari has become a staunch supporter of his girlfriend, who is currently engaged in a high-profile legal battle to take control of her estate. As of now, the Mississippi native is unable to make personal or financial decisions without the approval of her father, Jamie Spears.

Every Time Sam Asghari Had Britney Spears’ Back

After a New York Times Presents documentary titled “Framing Britney Spears” was released in February, a source told Us Weekly exclusively that over the course of their relationship and her personal battles, Asghari has become Britney’s rock.

“Sam has proven to be a solid, dependable man who always has Britney’s best interests at heart. He is one of only a handful of people she can say that about,” the insider said.

That same month, the Hacks actor spoke in his girlfriend’s defense regarding the conservatorship, calling Jamie, 68, a “total dick” and claiming he’d tried to “control” their relationship.

“I won’t be going into details because I’ve always respected our privacy but at the same time I didn’t come to this country to not be able to express my opinion and freedom,” the personal trainer wrote at the time via his Instagram story.

Britney is set to address the court about her desire to have Jamie permanently removed from the conservator position for the first time on Wednesday. Earlier this month, Us exclusively confirmed that the pop star would show up at the hearing virtually. 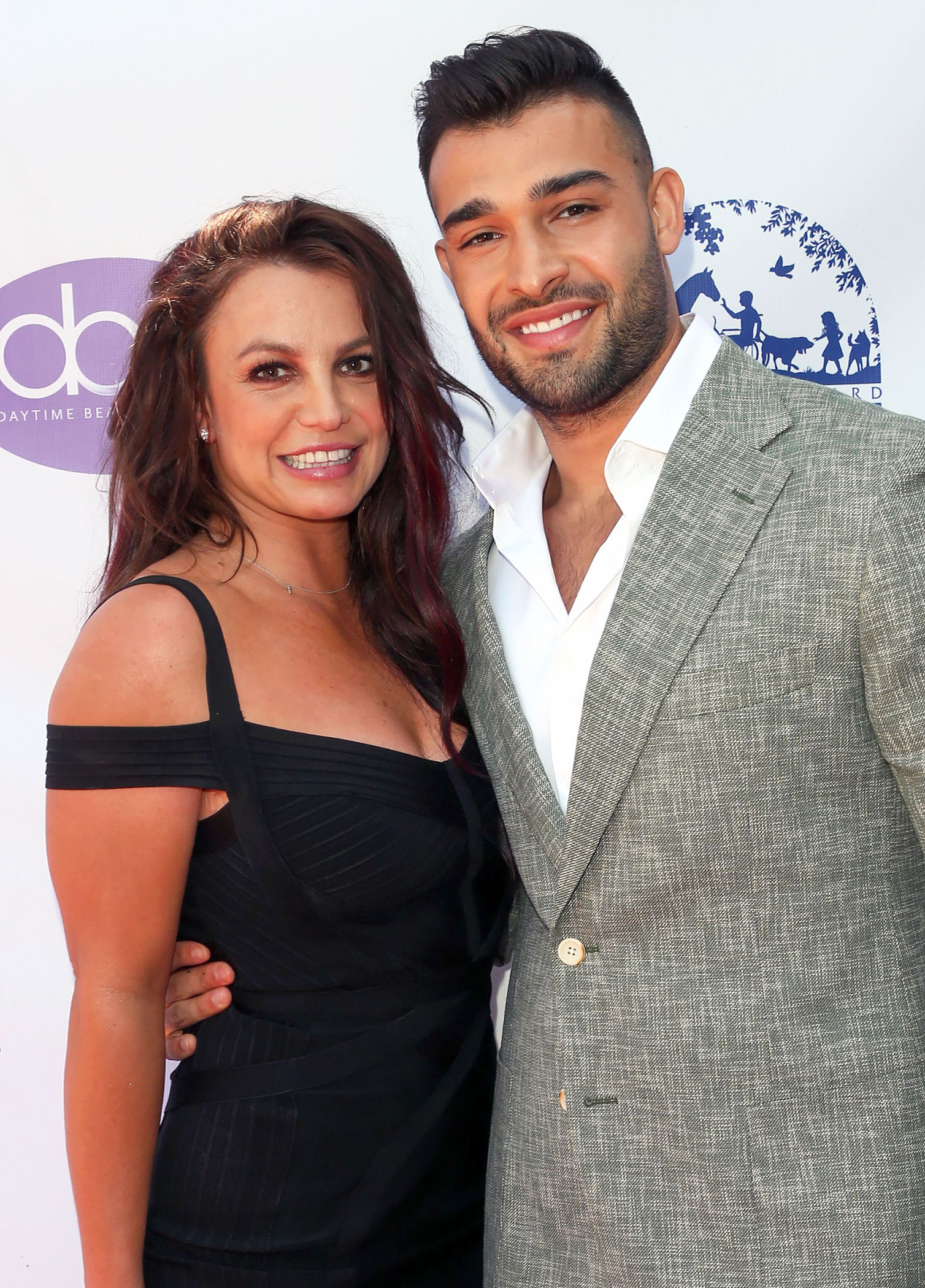 Though the “Baby One More Time” singer rarely speaks out about the situation, she did share her thoughts about the New York Times documentary in a March Instagram post, telling her followers she “cried for two weeks” following the doc’s release.

Britney Spears’ Ups and Downs With Dad Jamie Over the Years

“I have been exposed my whole life performing in front of people!!! It takes a lot of strength to TRUST the universe with your real vulnerability cause I’ve always been so judged… insulted… and embarrassed by the media … and I still am till this day!!!! As the world keeps on turning and life goes on we still remain so fragile and sensitive as people!!” she wrote. “I do what I can in my own spirituality with myself to try and keep my own joy … love … and happiness!!!!” she added. “Every day dancing brings me joy !!! I’m not here to be perfect … perfect is boring … I’m here to pass on kindness!!!!”