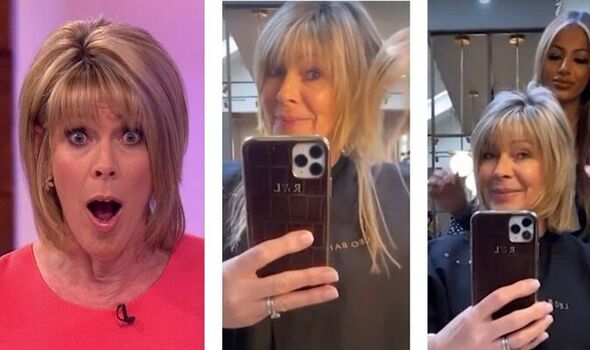 Ruth Langsford shared her excitement as her hair was transformed

Ruth Langsford was hoping to have her look shaken up with new extensions, but in the end opted not to grow her own hair longer. The option of extensions will give her the best of both worlds, however

Ruth Langsford, 62, is due to return to This Morning soon – but instead of presenting with hubbie Eamonn Holmes, she will take to the nation’s screens with the man she calls her “TV son” – Rylan Clark.

To celebrate her forthcoming reappearance, she popped into her local Leo Bancroft hair salon and shared a behind the scenes snippet of herself having her hair extensions replaced.

While hair stylist Grace Ahmad worked her magic, the grinning presenter confided to fans: “Tempted to keep them long!”

Though Ruth is usually seen with a short bob cut, the extensions cascaded past her shoulders to give her a glammed-up new look.

However she soon dispensed with them again, revealing to viewers that, after deliberation, she’d instead opted to “go for the chop”.

Meanwhile she is clearly excited to be back on ITV following Eamonn’s transfer to GB News. 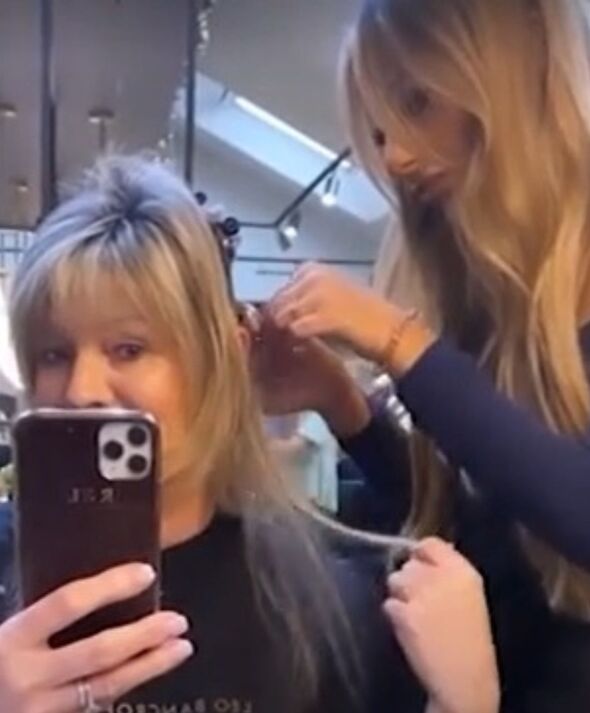 Ruth Langsford’s stylist tried out the new look on her 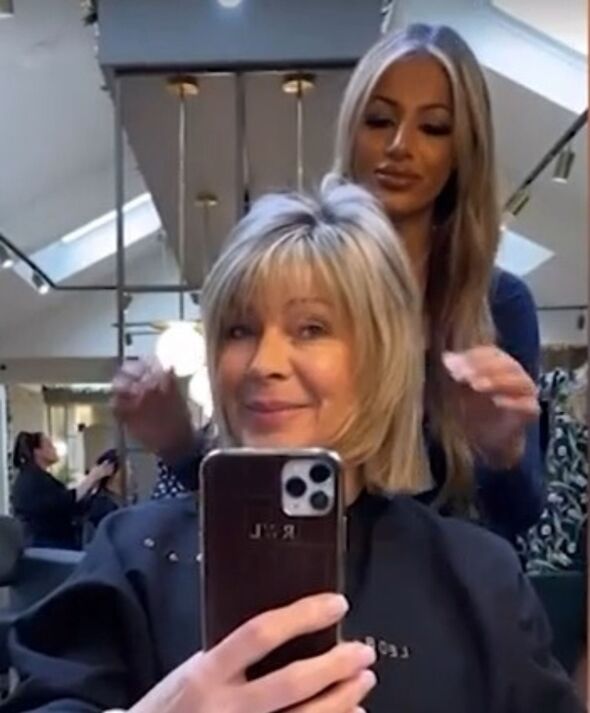 Ruth Langsford opted for “the chop”

Though she had a taste of longer locks, in the end Ruth ultimately chose to have her own hair snipped shorter 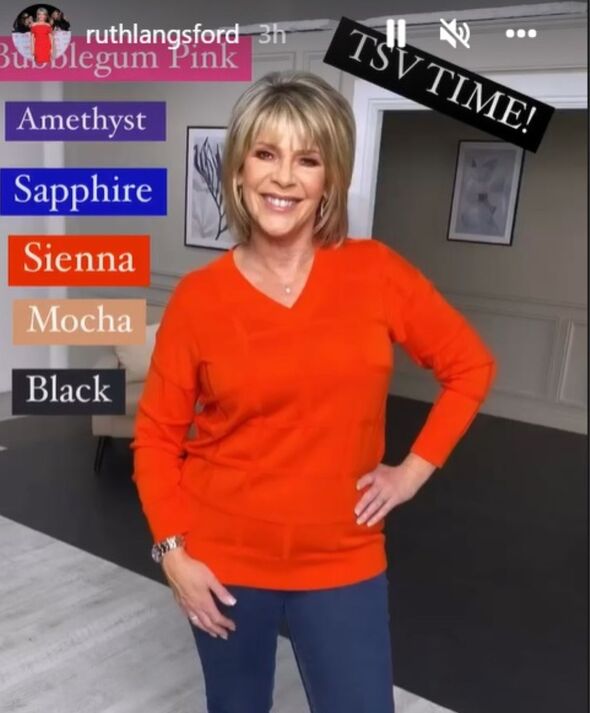 Just hours later, Ruth Langsford was modelling jumpers in a variety of rainbow shades as part of a promotion for the QVC shopping channel. Ruth enthused that she “loves” her job during the photos 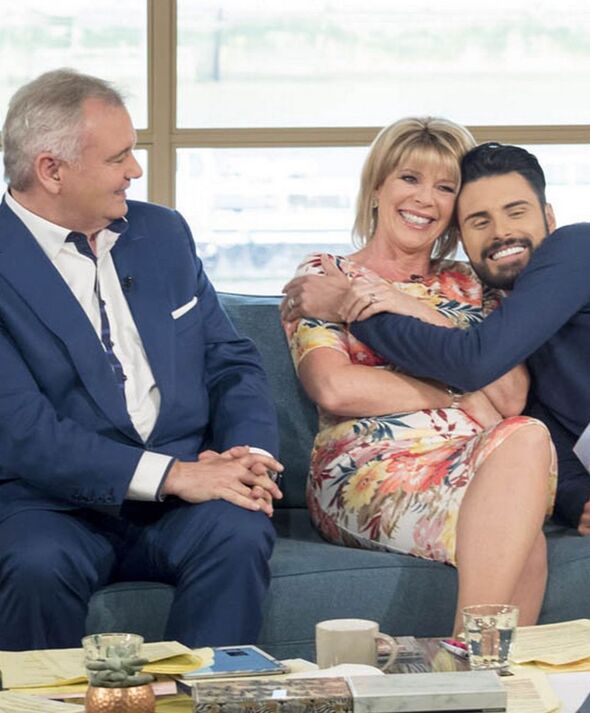 Ruth Langsford, Eamonn Holmes and Rylan Clark together on the This Morning sofa

Though Eamonn Holmes won’t be joining wife Ruth Langsford when she returns to This Morning, after he left ITV and a fight ensued over allegations he was “male, pale and stale”, she will still remember her time presenting with him fondly. This throwback snap features the pair with Rylan Clark, who will be co-hosting with her on her return 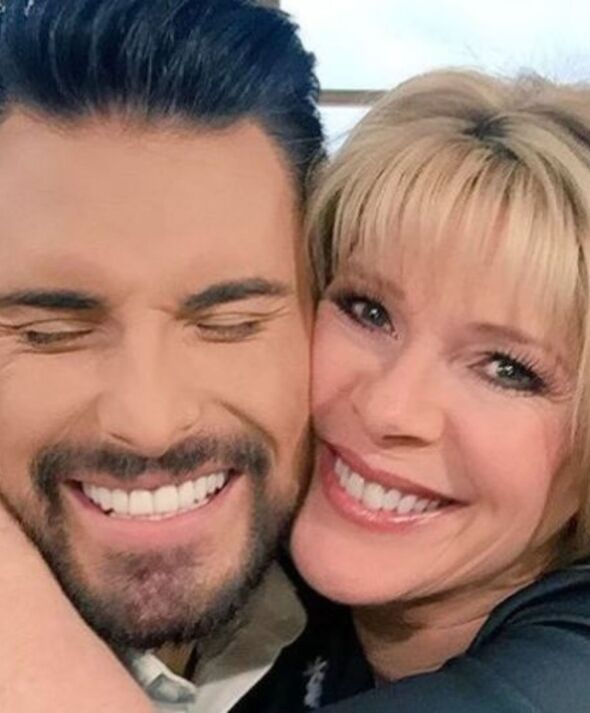 Ruth Langsford and Rylan Clark in an affectionate selfie

Rylan Clark, who regards Ruth as his “TV mum”, couldn’t stop smiling in this snap of the pair sharing a warm embrace 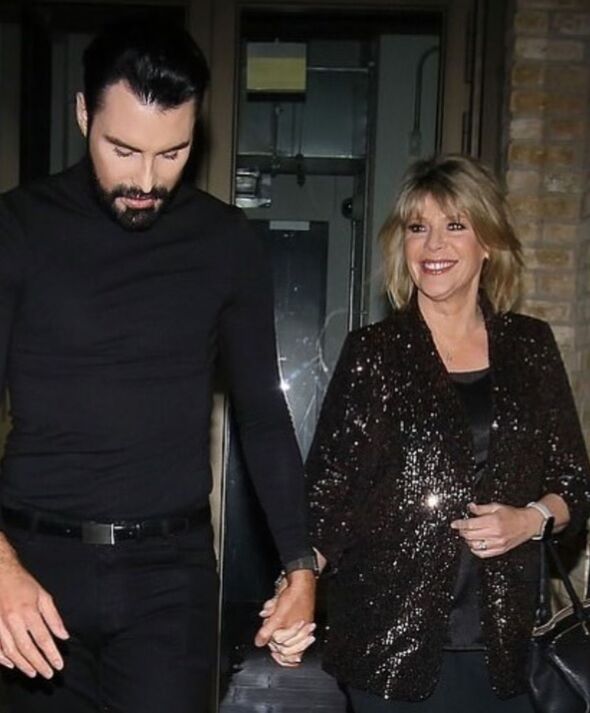 Rylan Clark’s relationship with Ruth Langsford has been documented widely, with him previously expressing his “love” for her in a birthday message via Instagram. He wrote to her: “May we have many more years of holding each others hand!”, to which she replied: “Thank you son! Always here to hold your hand.”