New couple alert? Fans are freaking after ‘Riverdale’ star Rob Raco gave Ruby Rose a big kiss on the cheek as she called him one of her ‘favorite people.’

Well, well, well. What do we have here? Ruby Rose gave her Instagram followers a little glimpse into how she spent her day on May 11, and it involved some adorable PDA with a handsome dude. Ruby’s new photo shows none other than Riverdale star Rob Raco, 31, giving her a huge kiss on the cheek. Ruby, 35, has THE biggest smile on her face as Rob wraps his arm around her shoulders.

In a second photo, Ruby and Rob are hugging each other tightly, with the Batwoman star up on her tippy toes to reach him. She captioned the cute post, “Early morning coffee catch up with one of my favorite people. Adore you @robraco.” So, uhhhh — are they dating? That’s exactly what fans want to know, especially considering what Rob commented on the post: “just think of the eyes on those children,” with a laughing emoji.

He followed it up by writing “I adore you @rubyrose” in a separate comment. “Omg!? They are together?” one fan asked after seeing the lovefest. “Oh my heart,” another commented. “So cute,” one commenter added, using the crying emoji. One thing’s for certain: Ruby’s Instagram followers want her and Rob to get together ASAP. 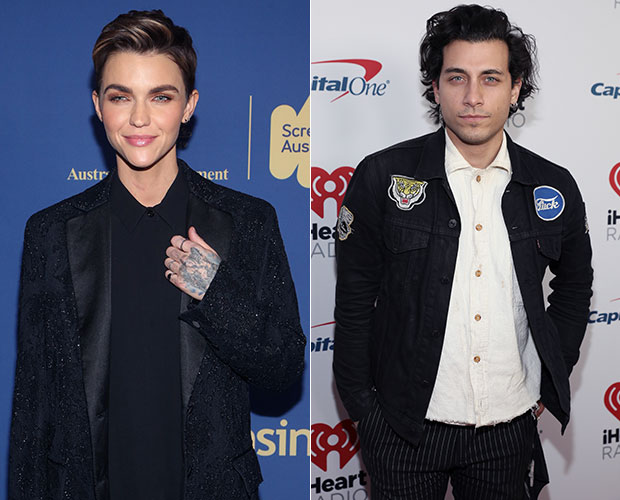 Around the time that she was hanging out with Rob, the Orange is the New Black actress also posted a photo of herself to her Instagram Story touching someone else’s hand. It was captioned, “Found my number one.” Neither party has confirmed a relationship, but it looks pretty positive! Ruby was previously engaged to British activist and fashion designer Phoebe Dahl, the granddaughter of famed author Roald Dahl.