“[A] publisher that would conduct itself this way is one I can’t work with in good conscience,” the author says 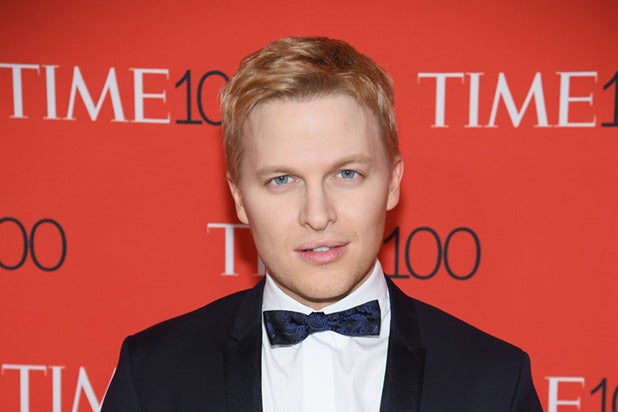 “Catch and Kill” author Ronan Farrow said in a tweet Tuesday that he would cut ties with his publisher, Little Brown and Company, over a sister imprint’s decision to publish estranged father Woody Allen’s memoir, a move he described as “wildly unprofessional” and demonstrative of “a lack of ethics and compassion for victims of sexual abuse.”

Farrow wrote that he was “disappointed” in the actions of Little Brown’s parent company, Hachette Book Group, whose imprint Grand Central announced earlier this week that it would publish Allen’s memoir, “Apropos of Nothing,” in April. Farrow said the company “concealed the decision from me and its own employees while we were working on Catch and Kill–a book about how powerful men, including Woody Allen, avoid accountability for sexual abuse.”

Hachette did not immediately return TheWrap’s request for comment.

“Hachette did not fact check the Woody Allen book,” Farrow wrote. “My sister Dylan has never been contacted to respond to any denial or mischaracterization of the abuse she suffered at the hands of Woody Allen–a credible allegation, maintained for almost three decades, backed up by contemporaneous accounts and evidence.”

Dylan Farrow, Ronon Farrow’s sister,  has accused Allen of molesting her as a child, an allegation the filmmaker has denied. She responded to the news of Allen’s book in her own tweet on Monday, calling it an “utter betrayal.”

The New York Times obtained a message Farrow sent to Hachette CEO Michael Pietsch, in which the author seemed to cut ties with the company. “Your policy of editorial independence among your imprints does not relieve you of your moral and professional obligations as the publisher of ‘Catch and Kill,’ and as the leader of a company being asked to assist in efforts by abusive men to whitewash their crimes,” he wrote.

“I’ve encouraged Hachette, out of respect for its readers, authors and reputation, to conduct a thorough fact check of Woody Allen’s account, in particular any claim that implies my sister is not telling the truth,” Farrow elaborated in his tweet. “I’ve also told Hachette that a publisher that would conduct itself this way is one I can’t work with in good conscience.”