Eboni K. Williams’ debut season of Real Housewives of New York City has been quite the roller coaster ride.

As the series’ first Black cast member, Eboni has dealt with several difficulties and awkward situations, including dealing with microaggressions from her season 13 co-stars.

During the group’s trip to The Hamptons, which served as Eboni’s first away trip with her co-stars, an altercation erupted between Leah McSweeney and Ramona Singer. The former stormed away from the table while the latter lamented Leah’s use of “vulgar” sex talk. When Eboni attempted to mediate the situation, arguing that there wasn’t a need to shame Leah for talking about sex, it triggered another argument about education. Luann and Ramona credited their judgment of Leah’s language to their religious education but, when Eboni pushed back against that, the former countess doubled down on it being a problem of class and education.

It all came to a head when Eboni pointed out that she had the highest level of formal education of the group as an attorney, which aggravated Luann. The cabaret performer accused Eboni of calling herself the “smartest person in the room,” insulting the other women, and being an “angry woman.”

In the next episode, Eboni pointed out that even though Leah had shouted at the women and called them “hos” as she stormed off right before the argument, none of the other women called her angry. Ramona answered that Leah was given “a pass” because her grandmother was dying — forgetting that Eboni’s grandmother was ill as well, which she revealed to her co-stars at the beginning of their trip.

“You see the goalpost moved again around the notion of who gets to grieve the loss of their grandmother and who does not,” Eboni told Insider about the argument.

“For me, it just reinforced what I had suspected, which is, I am not fully humanized to these women at this point because to not give me that same compassion and empathy around my grandmother’s upcoming transition in the way that they did for Leah told me that they do not see me as fully human. That is very clear to me,” she added.

It also didn’t help that former Housewife and friend of the show Heather Thomson was also interjecting on what she says was Eboni’s behalf.

“I was on Eboni’s side,” the In My Heart podcast host told Us Weekly. “Luann should know better based on where we are today and based on what her experiences have been — you know, showing up in blackface, these sort of things — to have sensitivities toward a trigger word, which is calling a Black woman angry.”

She added, “I did my best to explain to both sides, both of the women, you know why this is bigger than us. Like, we have a moment here.”

Despite Heather’s intentions, Eboni admitted that she found that her commentary did more harm than good. Virtually chatting with Andy Cohen on Wednesday’s Watch What Happens Live, Eboni said that while she recognized that Heather had good intentions, she “found her to be extremely unhelpful and unproductive.”

“It came across to me, Andy, like she was trying to whitesplain or translate for me and one thing I do pretty well is communicate effectively,” she added.

Although Luann issued an apology to Eboni in the show’s June 8 episode, it came with the belief that Eboni needed to “meet her halfway” and apologize for making her upset. Eboni explained that she was not at fault in the situation and shouldn’t have to apologize for a reaction to the women’s microaggressions that is totally natural. By the end of the episode, Eboni mentioned that the cast has “more work to do.”

On Wednesday, during an Instagram Live on Bravo TV’s account with Nina Parker, Eboni revealed that her relationship with Luann and Ramona is currently a question mark. Although she said that she doesn’t have anything against either woman, and she doesn’t believe Luann is racist, she told Nina to “stay tuned” for clarity during the rest of the season.

The Real Housewives of New York City airs on Tuesdays on Bravo.

'The Real Housewives of Potomac' Season 6 Trailer Is Here!

Tiffany Moon Is Not Leaving 'RHOD' Despite Speculation 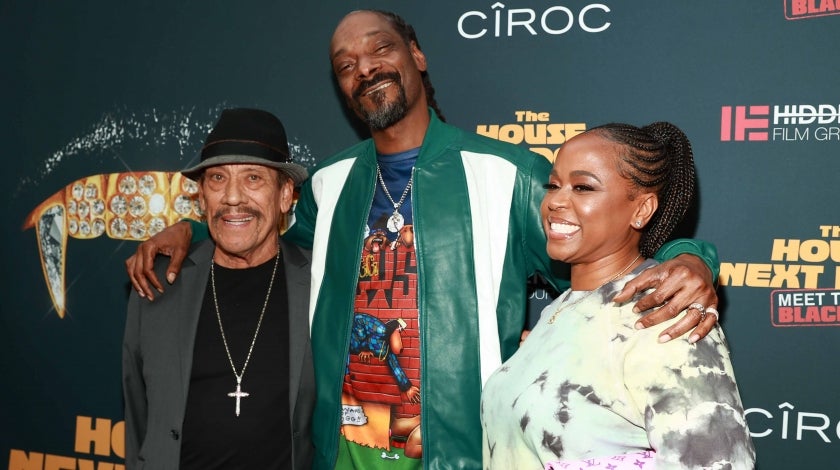