A case of mistaken identity. Reese Witherspoon was far from offended when a fan confused her for another one of Hollywood’s biggest stars.

“To the woman in the parking lot who just asked me if I was Carrie Underwood: You officially made my day!” the Legally Blonde actress, 44, tweeted with a heart emoji on Sunday, June 28.

While the New Orleans native was happy to be mistaken for the country singer, 37, the American Idol alum’s excitement was unparalleled. “YOUR day?!?!?!?! That lady just made my whole life!” the “Before He Cheats” songstress replied hours later. 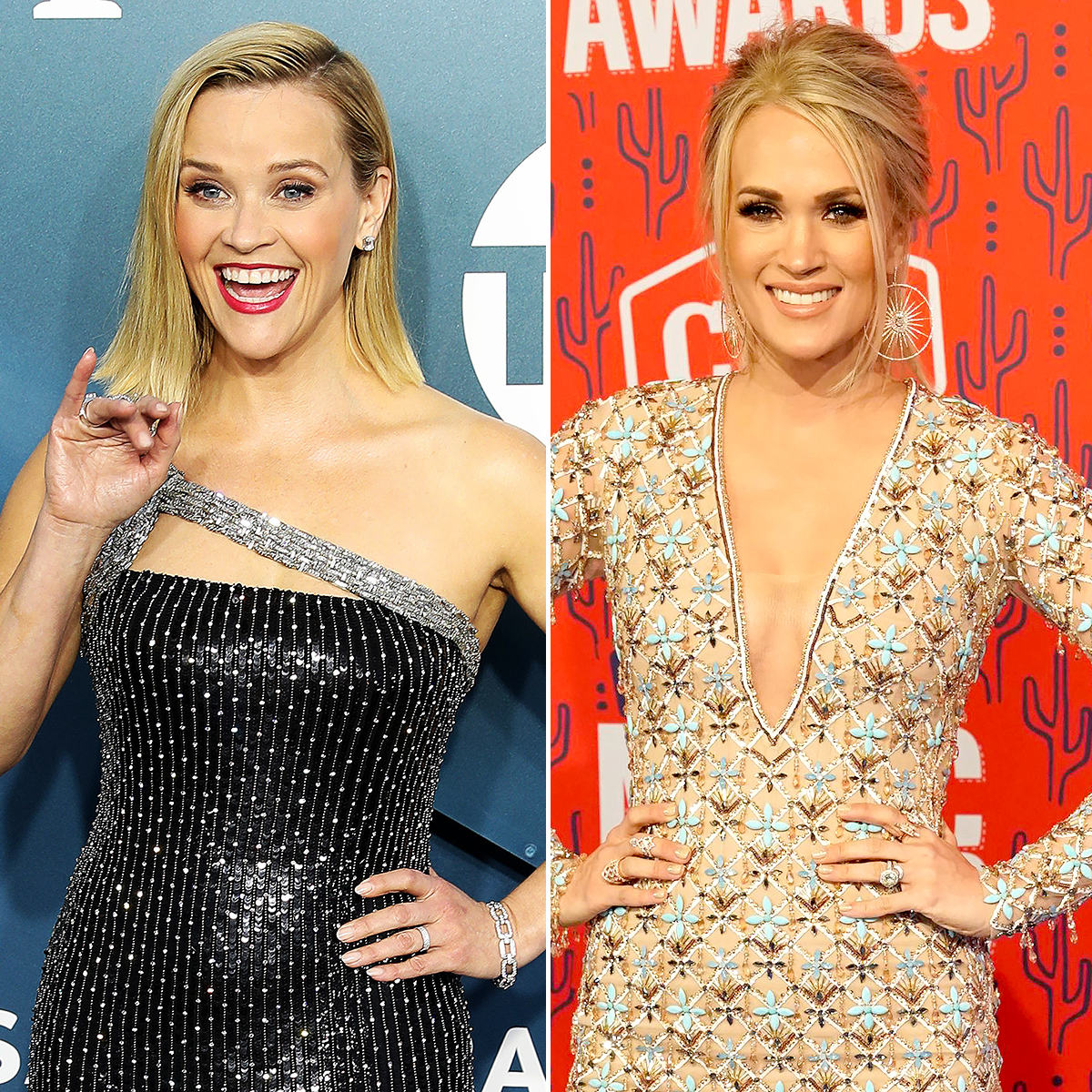 The blonde beauties are each stars in their own right, but one thing they can both relate to is the struggle of being a working mom in the entertainment industry. Earlier this year, the Little Fires Everywhere star spoke candidly about how she juggles her career with raising daughter Ava, 20 and son Deacon, 16, who she shares with ex-husband Ryan Phillippe, and son Tennessee, 7, who she shares with husband Jim Toth.

“I’ll lay on the floor and cry or I’ll sit in my car and cry,” she said in a May interview with CBS This Morning, describing her more challenging days as a mother. “Sometimes I’m totally overwhelmed. … I will put in the hours and I bet on myself. I’m my own lottery ticket. I always think that, you know. If no one else shows up, I know I will show up and I know I will do the work.”

Underwood, for her part, has opened up about her rocky path to motherhood, most recently in the new docuseries Mike and Carrie: God & Country. A sneak peek of the show, which features the “Two Black Cadillacs” singer and husband Mike Fisher, revealed that the Oklahoma native had her doubts about becoming a parent.

“I was never good with other people’s kids,” she explained in May. “Why would I be good with one of my own?”

The former reality TV star and Fisher, 40, welcomed sons Isaiah and Jacob in 2015 and 2019, respectively. Despite her fame, Underwood is doing everything she can to give her boys a normal life.

“She attends school functions and sports games,” an insider told Us Weekly exclusively in May 2019. “She’s a regular PTA mom.”