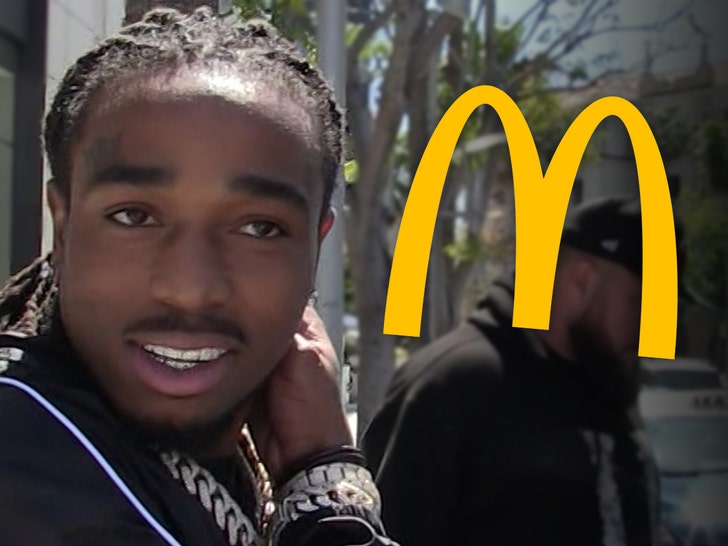 Quavo appears to wanna be the next Travis Scott or J Balvin … as far as hamburgers go.

The Migos rapper just posted some pics of himself at a McDonald’s — where he’s ordering his go-to favorite meal. By the looks of it, this seems to be a direct plea to the Golden Arches for a potential partnership — similar to what they’ve been doing with artists lately.

Quavo’s own “meal deal” would include … a plain double cheeseburger, their new spicy McNuggets, a medium fry and some barbecue sauce. The line McDonald’s employees can yell out to prospective Quavo-inspired customers … “What U Want???” Has a nice ring to it!

He even posted an up-close shot of what the food bundle looks like from his POV — it ain’t exactly as professional and touched-up as J Balvin’s sponsorship shoot, or the inaugural Travis meal that kicked this whole trend off for that matter, but hey … it’s a starting concept.

Now, if Quavo is trying to will a McDonald’s deal into existence, there’s a big problem from what we can see. Dude forgot to tag @McDonalds!!! C’mon, bruh … that’s marketing 101.

All good, though … here’s hoping they hear about this through the patty assembly line.