Lady Kitty Spencer is married! Princess Diana’s niece tied the knot with Michael Lewis in a luxe Italian wedding over the weekend.

The 30-year-old model said “I do” to the millionaire fashion mogul 62, in front of family and friends at Villa Aldo Brandini in Frascati, Italy.

Kitty’s brothers Louis Spencer, Viscount Althorp and Samuel Aitken walked her down the aisle, per the Daily Mail. Her sisters, Eliza and Amelia were also in attendance, as well as Pixie Lott and Idris Elba’s wife, among others. Though Kitty was in attendance at the weddings of Prince William and Prince Harry, it doesn’t appear either royal made it to their cousin’s Italian nuptials. 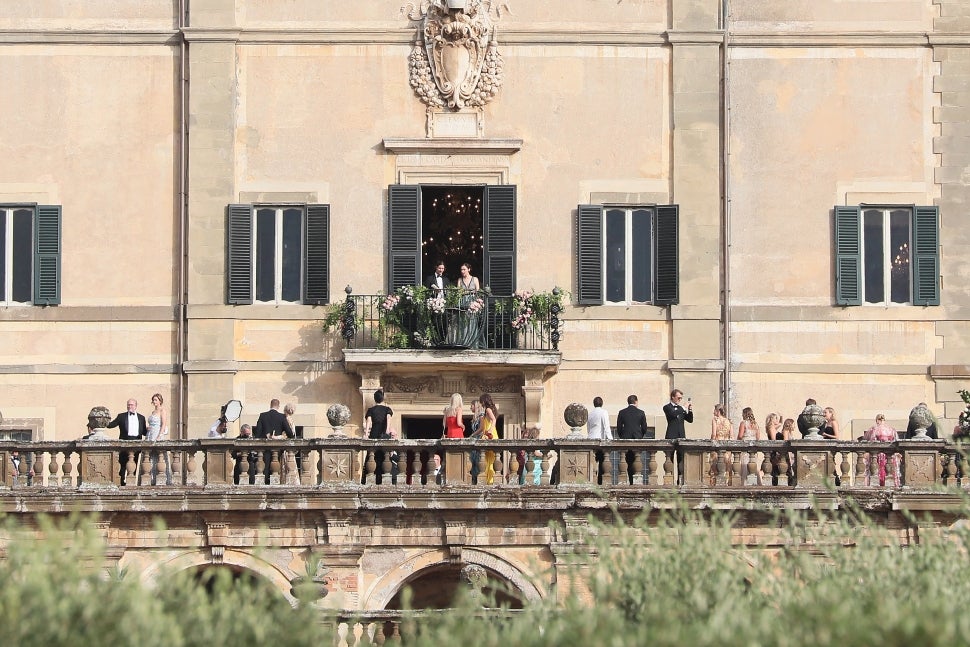 The bride wore a stunning Dolce and Gabbana gown for her special day, which the brand shared photos and videos of on social media.

News of Kitty and Michael’s engagement broke in January 2020, though the model has stayed private about their romance.

In a May interview with Town and Country, Kitty said speaking about her love life makes her feel “vulnerable.”

“I just think, ‘Really, what’s that got to do with anyone else?’ It shouldn’t make a difference to anyone’s day. Who I love or don’t love, or have a crush on or don’t have a crush on, or go on a date with, I don’t know why that should be what somebody reads over their cornflakes,” she shared. “As long as I keep it sacred, then it can remain so. As soon as I don’t, I don’t think you can get it back.”

See more on Kitty in the video below.